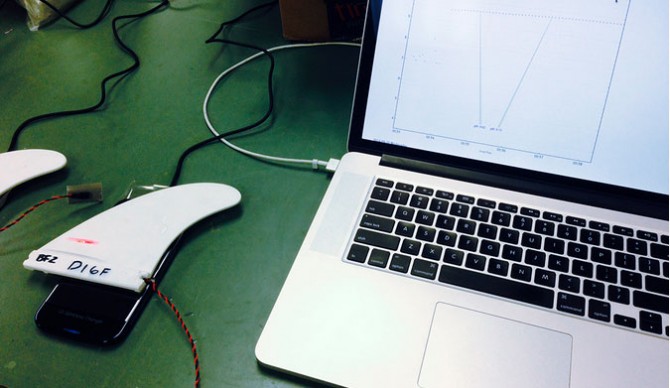 “Hey man do you have a fin charger I could borrow? I’m at like 3%” Photo: Board Formula

“We’re not gonna save the world by surfing.” That was a comment famed sombrero wearing big wave hellman and all around good dude Alex Gray made to me once. I don’t expect him to remember the conversation today because it was a solid two or so years ago, but I sure remember it well. It was a very matter of fact statement, but also a reminder that the act of surfing itself doesn’t always have to be some hallowed, sacred thing that takes the other important qualities of life out of perspective. At least that’s how I interpreted what he was saying to me at the time. But now, many moons later, it’s time to rub it in El Chargero de las Olas’ face–finally, we can, in fact, save the world by surfing.

That’s it. No gimmicks. No extra effort on our part or impeding on the run-of-the-mill routine to get from my bed into a couple waves and off to work. Just paddling around, riding waves, screaming and splashing at one another exactly as yesterday. It’s all become an earth saving activity. 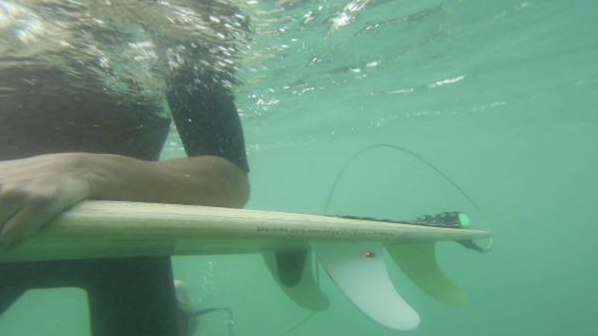 Pictured:Busy saving the world, one wave at a time. Photo: Smartphin

At least that’s the plan. In 2010, Andrew Stern, an environmental filmmaker had a genius idea that would make surfers “citizen scientists” simply by virtue of how much time we spend in the ocean. Through networking, he met a surfer who was studying fluid-structure interactions, designing technology which required placing sensors into surfboards. Originally the sensors were designed to serve our own selfish wave-riding needs, promising surfers the chance to collect data of their surfing for their own improvement as well as the opportunity to make better boards. That surfer/engineer, Benjamin Thompson decided to use the same technology for collecting data of things like the ocean’s salinity, acidity, temperatures, and even the physical mechanics of a breaking wave. According to a recent story on Andrew Stern and Benjamin Thompson’s project, the ocean has absorbed about a third of the carbon dioxide we’ve emitted, which makes the water more acidic, which in turn impedes the growth of calcium carbonate, harming fisheries and coral reefs. Understanding changing ocean conditions requires enough data that teams of scientists could never sit in enough tide pools for hours on end to collect the same info as the number of surfers littering the coast on a given day. Voila! The Smartphin is created. To start the data collecting, a team of 50 researchers from the Scripps Institution of Oceanography in San Diego will soon surf with the Smartphin as their set up of choice. How very dude of them!

And of course, being a surfer himself, Thompson understands our selfish nature well enough to know that surfers won’t buy a fin purely as a charitable act. We want performance. We want barrels. We want drive and flex and drag and other terms our shapers throw at us that we may or may not actually understand to begin with, but dammit if John John uses them in his next heat I don’t care that they’re $120 and I’m going to end up breaking one and the fin box within a week! Want! Now! Gimme! So to appease that driving desire we all have to surf as well as we do in our daydreams, the Smartphin is including many of the same concepts and technologies into collecting data for our own performance benefits as Thompson had originally planned. Motion sensors in the fin will track movement, data about a wave’s speed, shape, size and so on, which he’s calling “wave signatures.” The idea is that while buoys give us a swell model and an opportunity to predict where and when the waves will be good in a certain stretch of coast, the Smartphin will be measuring the actual characteristics of that breaking wave. Meaning no more showing up to the beach because Surfline said it was going to be “3-5 feet” and a buddy got super excited, meanwhile you didn’t account for the tide shift or the other countless variables that determine what that wave looks like once it actually breaks at your favorite spot.

So, touché, Mr. Alex Gray. We are going to save the world by surfing. Literally. Just surfing. It’ll be that simple.