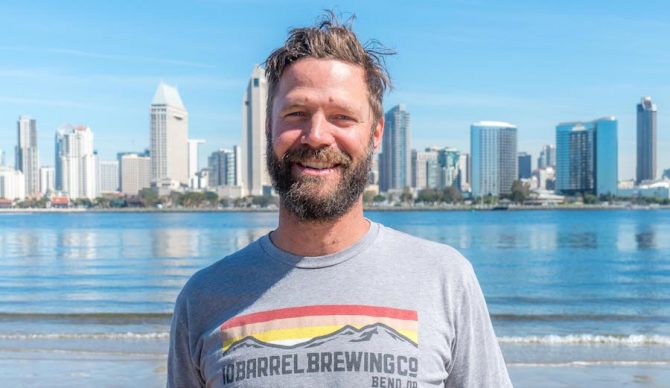 The concept of true apprenticeship has been lost in the predominantly white-collar employment options of American youth these days. Internships fill the void to some extent, but the concept is different. College students work for minimal pay (if any), for school credit and to gain experience for a few months. Maybe there’s a job offer at the end. Maybe not.

Apprenticeship, on the other hand, is built on the idea that a master craftsman takes a chance on a young protégé who begins with menial tasks like sweeping and grabbing coffee, gradually being entrusted with new responsibilities until one day the pupil gets a shot to prove themselves.

There’s something attractive about that way of developing a set of skills and honing a craft. When portrayed in film, the cliché is new protégés meet their mentors bushy tailed and optimistic about how fun and exciting it will be to be a craftsman. Quickly the mentor reveals that the romantic idea the protégé had in mind couldn’t be further from the truth. In short, the protégé’s got to pick up the dog shit before he or she gets to play fetch.

Industrialization and mechanization have stripped many industries of the need for craftsmen to pass on the idiosyncrasies of their trade, but the practice is still alive and well in the craft beer world.

Benny’s story is like many who make beer for a living. An Oregon transplant by way of Southern California, his introduction to the world of suds started during his days as a server at Bend Brewing Company and later Deschutes Brew Pub. In an effort to understand how to advise customers on what ales they might prefer, Benny learned all he could about the differences between hop varieties and malts, from hefeweizens to stouts. 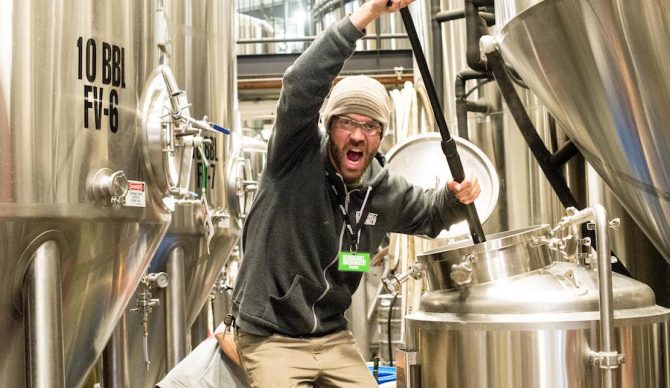 Here’s Benny getting after it. Photo: 10 Barrel Brewing

His love for beer eventually led him to the production floor, where, as he puts it, he was relegated to cleaning.

“It’s funny, like 90 percent of making beer is cleaning and sanitizing,” Benny told me. “And when you’re working your way up to brewing you kind of work backward. I went from cleaning for a while to filling kegs and just moved up from there. The last thing I learned was how to actually make beer.”

When I asked Benny about the merits of working your way up this way in brewing or even in an industry that surfers are more familiar with, surfboard shaping and glassing, he was reflective. “I think the reason they start you off with the grunt work is really to see if you like it. Anybody can enjoy the fun stuff, you know, but you’ve gotta work your way up to the fun stuff by doing tasks that aren’t so fun.”

A longtime surfer himself, he smiled when I compared the art of shaping to the art of craft beer. “Yeah, there are a lot of similarities there,” he said.

Over the years, Benny worked his way up at Deschutes through their intern program for employees, and by 2009 became a professional production brewer. In 2011, the opportunity arose to move to a smaller operation in town called 10 Barrel Brewing, and Benny took it. Six years later, he was chosen to open 10 Barrel’s operation in the heart of Downtown San Diego.

The move south was serendipitous. Born and raised in Fullerton before calling Bend home, Benny’s been surfing since he was 16. Up in Bend, that translated to a lot of snowboarding and occasionally getting coastal, surfing the local river wave, or taking trips back down to California to surf.

Being a surfer in Bend is special these days because it’s where Gerry Lopez hangs his hat. Benny actually got a board from Gerry’s operation in Oregon, a single fin he says is unreal.

“Yeah it’s a Clark Foam blank,” says Benny. “Gerry’s got a handful of them in his shop but at this point, the blanks themselves kind of dictate what kind of board you’re gonna get since he’s got so few left.”

Now in San Diego, Benny’s got ample opportunity to put the thing through its paces with the shorter commute to the coast.

“Yeah, I can’t wait to explore. San Diego’s got so much to offer,” he said.