Why Billabong Is Coming Back 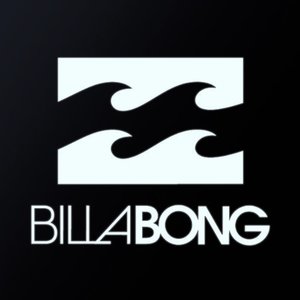 In the last several years, everyone has been cautiously aware that the surf industry has suffered with the poor economic trend. But it’s never enough for us to really notice. Companies have been cutting team riders and employees like a hot knife through butter and the Dream Tour doesn’t showcase the best waves in the world anymore.

You and I, well it doesn’t really hurt us too much (unless you were a pro surfer or employed at one of these places). We still get up, drive to the beach, put on our wetsuit and surf our old board as usual. Whether or not King Slater has a job, we are still getting in the water because that’s what surfing is about – the water – not what kind of boardshorts you have on.

Then we heard that Billabong had declared itself to be worth $0(AU) and things changed. Joel Parkinson, the 2012 ASP World Champion, is sponsored by Billabong as are numerous other world-class surfers, so how can they be worthless?

It’s simple. Billabong owns several other smaller companies (including RVCA and Element) and at the end of this last fiscal year, their assets didn’t outweigh their debts. They still have tons of product and property, but what they were spending to run their business, sponsor surfers, advertise, etc., was all that they had. In other words, they just didn’t make any money last year.

So with that, their CEO was gone and the industry was left with a vulnerable feeling. It’s not as though losing Billabong would leave surfing in shambles, but it sure does make you think. What else could happen?

But wait! There is hope! Billabong has named a new CEO, Neil Fiske, and entered a recapitalization agreement with Altamont Consortium in order to revitalize the company. Recapitalization is essentially a large loan from another company to help get a business back on its feet.

It was announced yesterday that Billabong has entered an agreement (the terms of which are posted below) to pay back Altamont. This is a good sign.

While it isn’t clear what is in store for Billabong for the next year, that’s ok. Progress is good and so is the free market (mostly). So now it’s up to the people. If you like Billabong, their clothes, wetsuits, riders, subsidiaries, etc. you will buy their product. If you don’t, then you won’t. It’s up to the people to see them succeed or fail and that is the beauty of the free market.

– A A$135 million equity placement to the C/O Consortium (the “Placement”) and, following the Placement, a A$50 million non-underwritten, renounceable rights issue available only to shareholders other than the C/O Consortium (the “Rights Issue”, and together with the Placement, the “Equity Raising”), the proceeds of which will be used to repay up to US$172 million (A$185 million) of the New Term Debt with no prepayment premium; and

– 29.6 million options issued to the C/O Consortium exercisable at A$0.50 per share.

In addition to this financing, Billabong retains the previously announced commitment from GE Capital to provide an asset-based multi-currency revolving credit facility of up to US$140 million (A$150 million) (“Revolving Facility”). In order to adequately reflect the C/O Consortium’s significant investment in the Company, the C/O Consortium will be permitted to nominate representatives to the Board of Billabong.

The Company notes that both members of the Consortium have long track records of successfully investing in and partnering with retail and other businesses in achieving operational turnarounds.

The Company also announces that it has appointed Mr. Neil Fiske as Chief Executive Officer and Managing Director of Billabong. Mr. Fiske is a proven and industry-respected executive who brings to Billabong a strong combination of world-class strategy and successful execution experience as a CEO in retail and the active outdoor category.

“In fully evaluating the competing refinancing proposals, on a range of factors, the Board determined that the C/O Consortium proposal was in the best interests of the Company, its shareholders, its employees and other key Billabong stakeholders, on both economic terms and in providing near term certainty. The proposal was significantly improved compared to the C/O Consortium’s previously announced proposal and offered lower financial leverage and cheaper cost of funds with lower equity dilution than the Altamont proposal plus the ability for existing shareholders to participate alongside the C/O Consortium via the rights offering,” said Billabong Chairman Dr. Ian Pollard.

“As Billabong continues to restructure its operations globally, the need for immediate long-term funding certainty and a strong financial base from which to reinvigorate an iconic group of brands is best met by entering into this agreement now.”