The original movie is timeless. Even after more than two decades, you can impress your friends this holiday season by mouthing off a few obscure facts about surfing’s most loved and hated film of all time…the 1991 version, that is.

1. The cast actually had to surf. 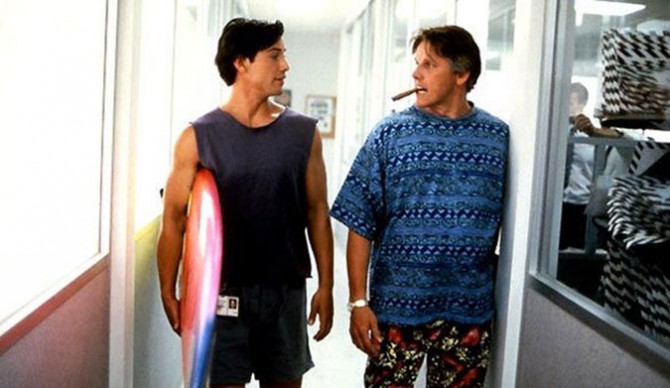 Kathryn Bigelow cast several surfers who could act to ensure that she’d make the perfect action film. Everybody else learned to surf for the movie. Keanu Reeves loved it so much that he still charges on a regular basis. Patrick Swayze broke four ribs on set catching waves. Lower billed surf posse guys Bojesse Christopher and John Philbin were actual pro surfers who acted on the side.

Co-producer Rick King came up with the idea for Point Break while chilling on the beach reading an LA Weekly article about bank robberies in Los Angeles. King paid screenwriter W. Peter Iliff a whopping six grand for the screenplay. Poor Iliff had to wait tables and write the Point Break at night. He went on to write Varsity Blues and Patriot Games though, so he’s fine. Plus the guy looks very cool.

3. The movie was almost titled Riders on the Storm.

One of the early titles for the movie was simply Johnny Utah. Then people came to their senses. Then they lost their minds once again and thought it should be called Riders on the Storm to make it the worst movie about L.A. ever. Finally, thank God, they went with a neutral surfing term and Point Break as we know it was born.

4. Wait, what was the name of Anthony Kiedis’ character? 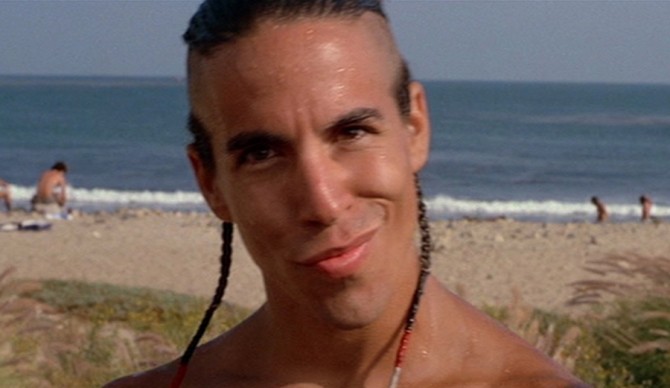 You know exactly which one-liner accompanies this look.

Red Hot Chili Pepper frontman is surf gang member Tone in Point Break. Kiedis has a few acting credits. When he started appearing on the big screen he went by the name Cole Dammett (taking after his father, who went by the name Blackie Dammett in pics such as 1987’s Lethal Weapon). Cool. Also, remember when Flea played a nihilist in ‘The Big Lebowski?’

5. You can watch the whole thing on stage, in a real live theater.

You can actually watch Point Break on stage all over the country. On top of an excellent stage performance the Point Break Live! cast picks a random audience member to play Johnny Utah. Yes, that’s right, you can be Johnny Utah for a night. Bring your glasses because you’ll have to read all the lines off of cue cards.

6. Director Kathryn Bigelow broke the bank on this one.

While Point Break is the technically Bigelow’s worst movie (according to critical movie people and conspirators), it made $80 million in the year it was released. 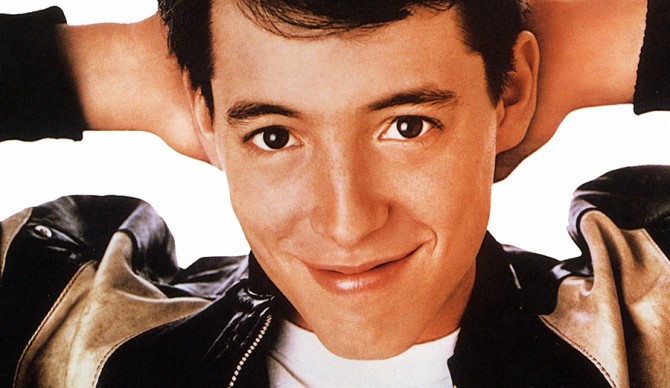 It just doesn’t have the same charm. “Utah! Get me two!”

Matthew Broderick was originally offered the role of Johnny Utah. Others auditioned were Johnny Depp, Val Kilmer, and Charlie Sheen. The role was offered to Willem Dafoe and turned down.

When Bodhi meets Johnny Utah on the beach, Bodhi says that Utah’s surfboard reminds him of a ’57 Chevy he used to have. And, Swayze drove a ’57 Chevy in Dirty Dancing.

9. Jessie from Saved by the Bell was supposed to in the movie.

Elizabeth Berkley had a small scene in the movie. It was cut out.

10. Patrick Swayze was kind of a real life Bodhi. 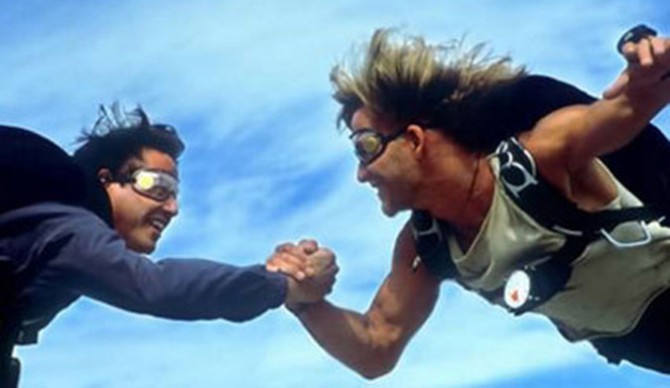 This was the world’s first real bromance.

Hot stud Swayze did most of his own stunts, and a lot of skydiving. He was a person who loved to jump out of planes, completing more than 55 dives for the movie.

The all-star cast says fuck 105 times throughout the film.

12. Bodhi did in fact kill himself. 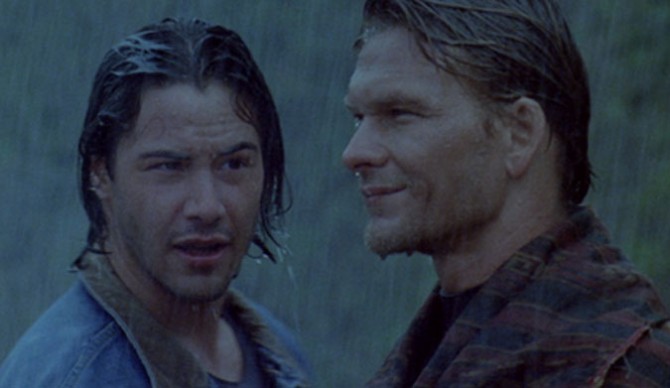 Getting ready to paddle to New Zealand…or just die.

Bigelow’s then-husband and collaborator on the film (they rewrote the end together) James Cameron said in his Terminator 2: Judgment Day commentary that Bodhi killed himself at the end of Point Break. In case you were unsure…

Editor’s Note: This feature was originally published on, and shared by,  The Kind.