An Analysis of ‘Sorfing’ – When You’re Sort of Surfing 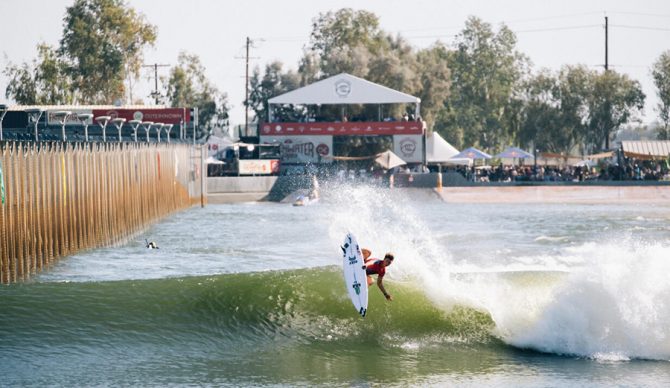 I looked it up. The word search on Google came up with lots of links to surfing misspelled. The hashtag “sorfing” on Instagram revealed a few boogie boarders in a wave pool, paddling, and a few tourists about to go a sandy hill on a soft top. Not quite surfing. The dictionary has nothing listed so I am officially adding this word to the American lexicon.

The coincidence is that I saw a friend’s Facebook post about a lecture she did for surfer’s opinions on a wave pool proposal in Virginia Beach. Her research (she has a doctorate in tourism and is an expert on surfing tourism and how its affects cultures in particular) showed many surfers had positive opinions on the project. And I thought, what was my opinion? Surfing in a wave pool is “sorfing” – sort of surfing. Why doesn’t it count as surfing?

Another example of “sorfing” is when someone takes the boat back to the peak at Chicama. I was there. It sucked for me because I chose to instead paddle in and walk the 500-plus meters back to the point, or past it. Sometimes I got lucky and caught a window of flatness between sets and at others I got walloped by the sets. But the boats spewed gas fumes and chopped up the offshore groomed sets, and set down surfers right in front of where I had paddled out. Four boats, up to six surfers each and it was only head high on the sets so no really terrible rip current.

A third example is when someone is being pushed into a wave. The person pushing the rider is one who knows if the wave is a good one. Without their help, the rider would not have caught the wave. I was in Lombok at a deep-water reef break (Gerupuk) and the sets were 1-2 feet overhead. In a lineup of 40 surfers here were four surf “instructors” pushing newbies right on the shoulder, not caring if someone had already caught the wave on the outside. Those beginners either had a nice 100-yard ride or were destroyed by a closeout. The easy part for them was the channel was super wide so they could drift back out without having to duck dive once. That is sorfing.

To me, surfing is a solitary sport where only one person is responsible for finding the right wave, paddling in to it, and riding it with no assistance. No artificially made wave, no boat, no instructor. An exception to the solitary part would be tandem surfing which can be included in the “surfing” category. The word “tandem” explicitly defines the type of surfing it is. Like kite surfing is okay because the word “kite” explains what type of surfing it is. SUP surfing is another example. They are using a SUP to surf. Yes, they use a paddle so that is sort of surfing, but the P in SUP explains that so it’s okay.

But if you take the boat back to the peak it’s sorfing. If you catch waves in a wave pool, that’s sorfing. If you get pushed into waves, that is sorfing. Sandboarding – nope, not surfing. Wakeboarding behind a boat – definitely not. If you use an inflatable sail while cruising down multiple peaks on a foil, that’s pretty cool, but that’s not surfing, it’s sorfing. If you are on a board in the ocean using your own arms to get out to the lineup, and paddle for a wave and catch it, and stand up, even for two seconds – that’s surfing.

Now don’t get me started on “sunfing.” That’s a sport for the future (riding solar or other cosmic waves in space – first theorized by Dr. Timothy Leary in his interview with Steve Pezman for SURFER magazine in 1978), and the topic of a future ramble.