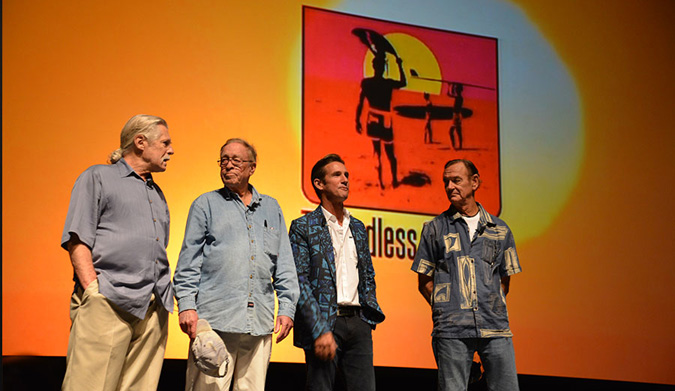 The stars of the film that inspired all of us to find our slice of summer. Photo: Yoon Kim

Place(s): Worldwide. Travel included many countries and spots that weren’t included in the film.

The Moment: Robert August and Mike Hynson star in Bruce Brown’s “The Endless Summer,” a movie about traveling the world for perfect waves.

“I was in Bruce Brown’s movies – all of his movies – before Endless Summer. Then he had this idea to go to Cape Town because he had heard there were some guys learning to make boards and surf down there. So he decided to make this big trip. He really believed you could spend your whole life in summertime.” – Robert August

Ever taken a surf trip and thought about how novel it is that us surfers can hop on a plane, boards in tow, and surf waves in far off corners of the world? Of course you haven’t because surfers have been doing it for what seems like ever. Unfortunately, it’s one of those things that surfers take for granted – an assumed manifest destiny given our beloved practice. In fact, surfers haven’t been globetrotting forever. It was in the summer of 1964 that Robert August, Mike Hynson and Bruce Brown decided to travel to Cape Town, South Africa, to seek out idyllic conditions and perfect waves. From then on, the group’s adventurous spirit ignited worldwide wanderlust and surfers started making laborious trips in search of secluded, perfect waves. 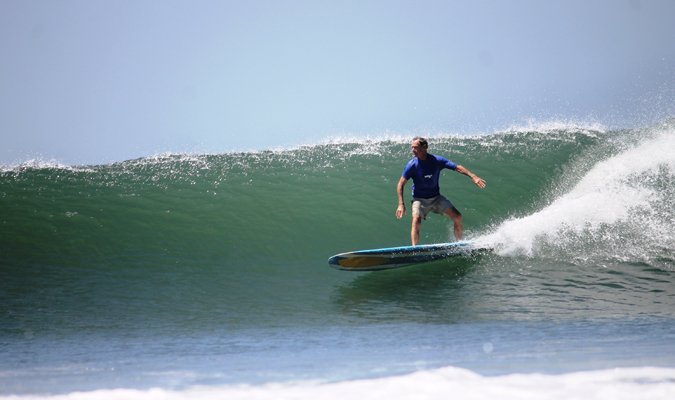 For Robert August, this trip wasn’t the first but rather a continuation of his entire life up to that point. He had spent his life traveling whether it was with his family or Bruce Brown for previous surf films. He was always on the move – Mexico, Hawaii, Florida and more. Robert was raised in Seal Beach, California, but always had the itch for adventure, traveling with family and friends from a young age. It was this keen sense of curiosity that accompanied an already adventurous group on a ’round-the-world surf trip.

The movie opened the surf world’s eyes to the diversity the rest of the world has to offer on top of the perfect, untapped surf not found in their backyard. The concept of surf travel was kickstarted in 1966 with the release of The Endless Summer and, forever more, surfers began to scour the world in search of perpetual summertime and perfect, uncrowded waves. As years have passed and technology has evolved, surf travel has become easier and easier, but without The Endless Summer, there are plenty of world-class waves that might’ve gone undiscovered. The movie was, without a doubt, one of surfing’s most transformative, disruptive moments.