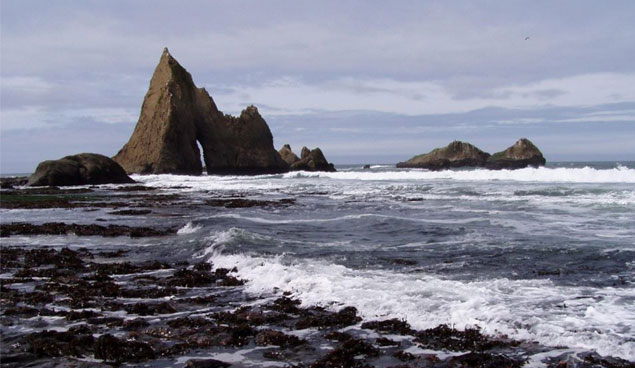 Martin’s Beach, south of Half Moon Bay, has been loved over generations by local families who spent summers there fishing and frolicking. That came to an end in recent years once billionaire venture capitalist Vinod Khosla purchased the property adjacent to the beach and decided to keep the public out.
Mr. Khosla is the co-founder of Sun Microsystems and has since founded his own venture capital firm, Khosla Ventures.

Despite the good will he seeks to promulgate by

investing in green technologies, pledging to donate a majority of his wealth to philanthropy, and creating a firm that invests in solutions to poverty, Mr. Khosla has taken a less seemly approach to the issue of public access to Martin’s Beach.  In addition to the initial action of blocking public access, he has cloaked his identity as the property owner, not responded to requests to meet and discuss the matter, hired security to patrol the property and ward off beach goers, and has sought a restraining order to keep the public from the beach.

Adding insult to injury, Khosla’s attorney was bold enough to characterize the situation as such to the San Francisco Chronicle:

“We are very aware of the community concern about the situation, and it is unfortunate that we were forced into the legal process rather than a conversation with the community. The property owner strives to be a constructive member of the community[…]”

Well, Mr. Khosla, it’s not too late to decide to truly be a constructive member of the community.

To this end, we are asking YOU to write a letter to Khosla asking him to live up to his credentials and meet with the community to discuss public access to Martin’s Beach.  A “canned” letter has been provided, but if you can, please take a moment to write a thoughtful letter including a narrative about your connection with Martin’s Beach, and request that Mr. Khosla appeal to his higher self and make the beach accessible.  (Please avoid name-calling ad hominem attacks, as that is not the most compelling or constructive way to get his attention).

If you would prefer to send a hand-written letter, please send it here so we can bundle and send letters together for added effect: Surfrider Foundation, attn: Khosla  P.O.Box 6010, San Clemente, CA 92674-6010.  If you choose this route, you can add yourself to our action network here to stay in the loop on future actions.

Thanks for your help!