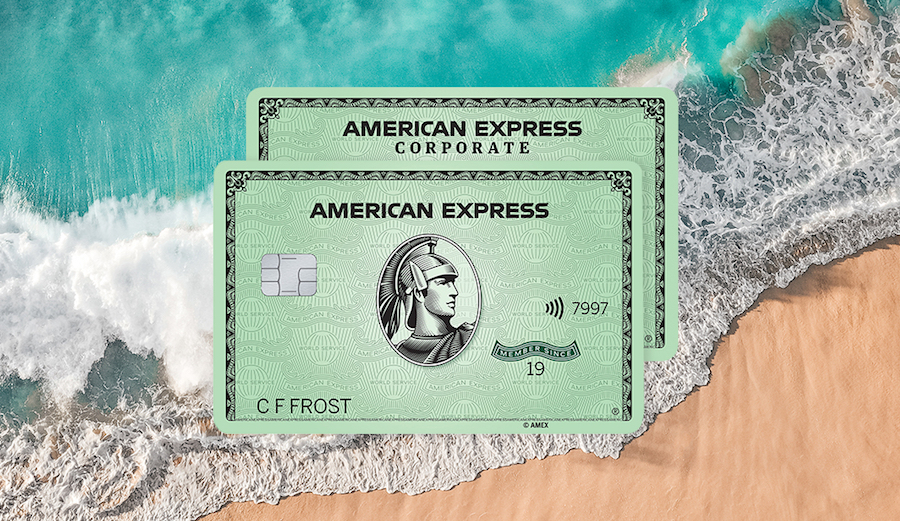 On Monday, American Express announced that an initiative first revealed back in 2018 to create the world’s first credit card made predominantly from upcycled ocean plastic has finally come to fruition. And along with the news, AmEx also unveiled a handful of initiatives aimed at treating the global plastic epidemic. The moves are all part of the company’s strategic partnership with Parley for the Oceans, the global environmental advocacy non-profit known also for working with Adidas to create upcycled ocean plastic shoes and sportswear.

“Each year nearly eight million metric tons of plastic enters the oceans, threatening the ecosystems and wildlife that inhabit them,” said Doug Buckminster, Group President of Global Consumer Services of American Express in a press release. “As part of our brand promise to back our customers, colleagues, communities, and what they care about most, we’re committed to raising awareness for the issue of marine plastic pollution and doing our part to care for the oceans and coastal communities that we all share.”

To mark the announcement of its new “green cards” made primarily from ocean plastic that will be available later this year, American Express is running a campaign on Instagram called #BackOurOceans with the express aim of removing one million pounds of plastic from beaches and coasts. For every comment made on either AmEx or Parley’s post from now until September 23rd, the company will remove two pounds of plastic, maxing out at 1 million pounds (or 500,000 total comments).

Today, in partnership with @parley.tv, we are working together to #BackOurOceans and help combat marine plastic pollution. You can get involved, too. In the comments, tell us why you #BackOurOceans or tag friends who you want to get involved. For every comment made now through 9/23, we’ll partner with @parley.tv to remove 2 lbs of plastic from beaches and coasts, up to 1 million lbs. Head to amex.co/backouroceans to learn more about what we and our partners are doing to further combat marine plastic pollution.

In addition, AmEx unveiled its first-ever card recycling program, and pledged $2 million in grants to Ocean Conservancy and the National Geographic Society to support education programs to raise awareness about global plastic pollution. The company also plans to eliminate single-use plastics across its global operations.

“Plastic is a design failure,” said Cyrill Gutsch, founder and CEO of Parley. “It stands for the toxic age we created, threatening the future of our oceans and our own species. By making their legendary Green Card with Parley Ocean Plastic, American Express introduces another Symbol of Change — and with it, a powerful commitment and an invitation for everyone to support our movement.”