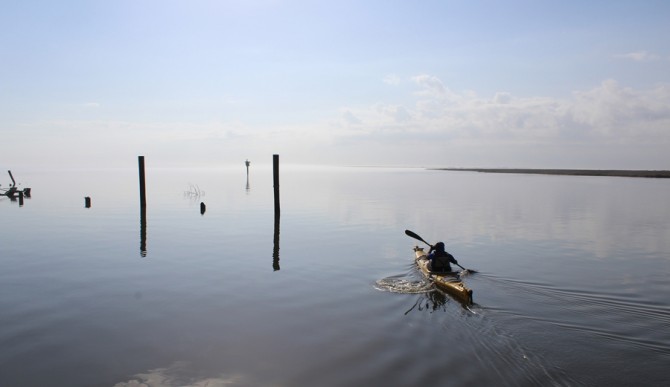 Australian kayaker Steve Posselt and his team, Kayak4Earth, will travel from the Gulf of Mexico to Hudson Bay, via the Mississippi, the Illinois and the Great Lakes over the next six months. Steve and his team are currently in New Orleans. They then walked from the canal — with the kayak in tow — up St. Louis Street in the French Quarter. They launched into the Mississippi earlier this Thursday at 1 p.m.

Posselt, 62, is paddling roughly 5000 miles across the globe in his trusty yellow kayak to arrive in Paris in November of 2015 for the United Nations Climate Summit. Along the way, he hopes to raise environmental awareness, lending his voice to the fight against global warming and highlighting the importance of managing our waterways sustainably.

Having begun in Canberra, Australia in mid-January, he has since paddled up the East Coast to Sydney. Posselt is now in New Orleans to start the American leg of his journey. Once he reaches Hudson Bay, he’ll fly to London to paddle down the Thames, across the English Channel and up the Seine to Paris.The trip will take approximately 11 months and is only the latest in a string of epic kayaking journeys for Posselt. Having paddled the length of Australia’s largest river system, the Murray-Darling, Posselt is curious about how the mighty Mississippi will greet him. 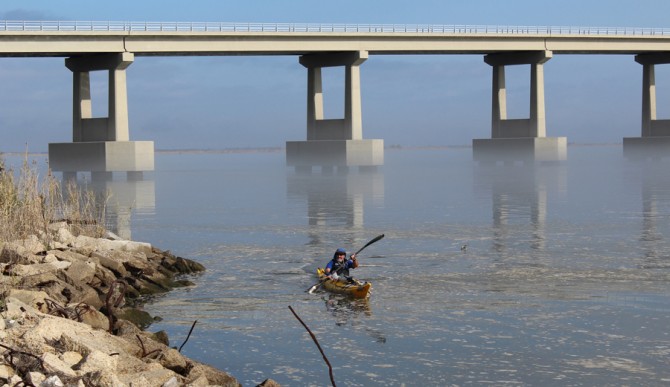 As an important sidenote: his support crew, Klaas Nieprop, turned 83 on Thursday. They celebrated by accompanying Steve through the French Quarter.

To follow Steve on his journey or just to offer some words of encouragement you can follow him on Facebook or feel free to visit their website. And keep your eyes peeled for part two where we will have a short interview with Steve and his crew and also update you on his progress. Cheers!