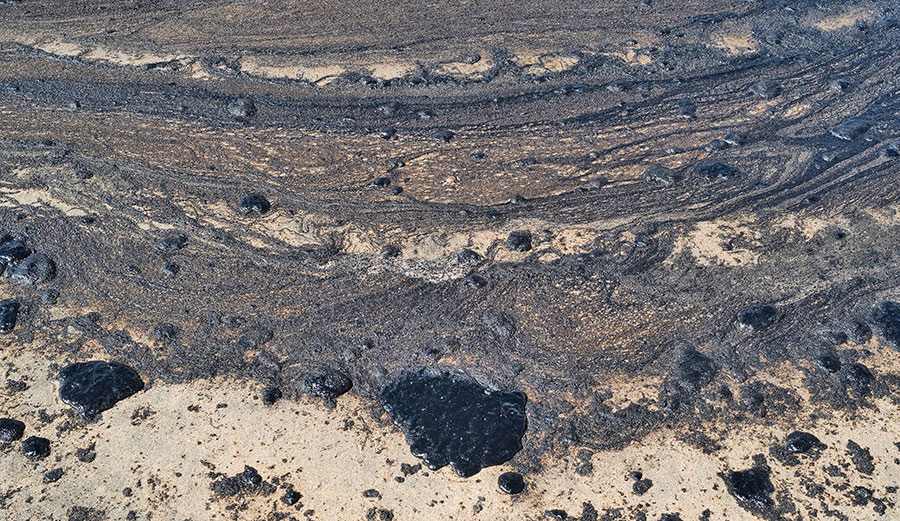 An oil spill first reported on Oct. 2, 2021, has released thousands of gallons of crude oil into southern California coastal waters. The source is believed to be a leak in an underwater pipeline connected to an oil drilling platform 17.5 miles offshore. Oil has washed ashore in Huntington Beach and Newport Beach and into coastal marshes. Orange County has requested a federal disaster declaration. Charles Lester, director of the Ocean and Coastal Policy Center at the University of California Santa Barbara’s Marine Science Institute, explains the scope of this spill.

How Large Is This Spill, and How Much Coastline Is Affected?

Reports estimate that about 126,000 gallons of oil have spilled from a ruptured undersea pipeline, potentially affecting 25 miles of coast in Orange County. As a precaution, the state of California has closed coastal fisheries from Huntington Beach to the city of Dana Point, extending out 6 miles from shore.

This stretch of shoreline includes many extremely important marine and coastal resources, from the Bolsa Chica wetlands complex to the Dana Point State Marine Conservation Area.

Wetlands provide critical wildlife habitat and are nurseries for many marine species. The ones in California are part of a network of wetlands along the Pacific coast that supports many sensitive local and migratory bird species. Rocky shorelines and tide pool areas along the Newport and Laguna coasts are also critically important habitat areas for birds, marine mammals and other wildlife.

Since Spanish settlement began in the mid-1500s, California has lost 90% or more of its coastal wetlands. That makes the ones that are left, such as the Talbert Marsh near the mouth of the Santa Ana River, even more important.

Orange County also has dozens of popular beaches that millions of residents and visitors use. They generate billions of dollars in revenue for the state’s coastal economy every year.

How Does This Event Compare to Other Major Spills in California?

Offshore oil development always entails some risk of an oil spill. California’s ocean waters have experienced multiple spills over the past 50-plus years.

The largest was the 1969 Santa Barbara offshore oil blowout, which sent more than 3 million gallons of oil onto local beaches. It was a major disaster that helped launch the modern environmental movement.

Other large spills since then include the American Trader tanker spill off the coast of Orange County in 1990, which released 416,000 gallons, and the 2015 Refugio pipeline spill in Santa Barbara County, which released 123,000 gallons from an underground pipeline on land into the ocean.

Offshore oil production presents spill risks from both platform drilling activities and the facilities that move oil from offshore to refineries and storage facilities on land – including undersea and underground pipelines. The vast array of oil and gas infrastructure along California’s coast requires constant monitoring and maintenance to avoid spills like this one. 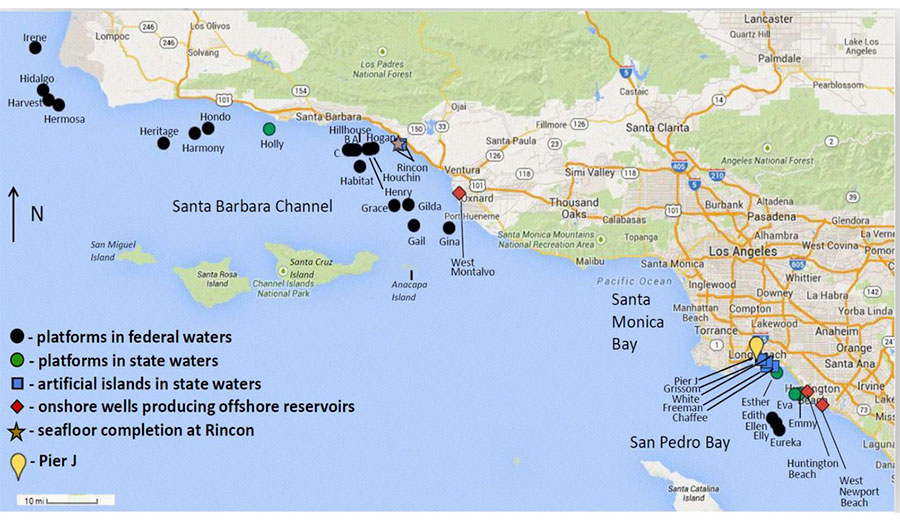 What Kind of Technology Does the State Have to Contain and Clean Up the Oil?

Time is of the essence in oil spill response. Responders are deploying physical barriers such as booms and using skimmer boats to contain and clean up oil floating on the ocean’s surface. They also are constructing sand berms in front of wetlands to protect sensitive areas from oil washing in with the tides.

Other cleanup technologies include using chemical and biological agents to help break down and disperse oil in the water column, and possibly burning off oil to help remove it from the water. Aerial reconnaissance will help the Coast Guard and state agencies track the location and scale of the spill.

What Possible Impacts of This Offshore Oil Spill Are You Most Concerned About?

I am most worried about oil’s acutely toxic effects on marine and coastal wildlife, including seabirds and other species that inhabit our coastal wetlands. Once oil gets into the marshes and sensitive shoreline locations, it becomes very difficult to clean up.

I am also concerned about longer-term impacts to sensitive wetland and rocky shoreline environments. Oil spills have a significant impact on our coastal economies, from fisheries to recreational activities, including beach closures.

Offshore Drilling Is Very Unpopular in California. How Long Do You Expect It Will Continue?

I expect that many Californians will see this spill as yet more evidence that the state and the nation should make a swift transition to alternative energy sources, such as solar power and offshore wind. Burning oil and other fossil fuels is one of the main sources of carbon dioxide emissions that are heating the planet and changing its climate.

Californians are consistently against new offshore oil development: In one recent poll, 72 percent opposed it. That reflects concern about oil spills and effects on fisheries and other competing ocean uses, as well as the impacts of climate change.

Gov. Gavin Newsom has ordered that by 2035, all new cars and passenger trucks sold in California must be zero-emission vehicles. He also has asked the California Air Resources Board to analyze how to phase out oil extraction statewide by 2045.

Many Californians would like that to happen even sooner. I’m sure this latest disaster will only intensify pressure to end oil production in California, on land and offshore.