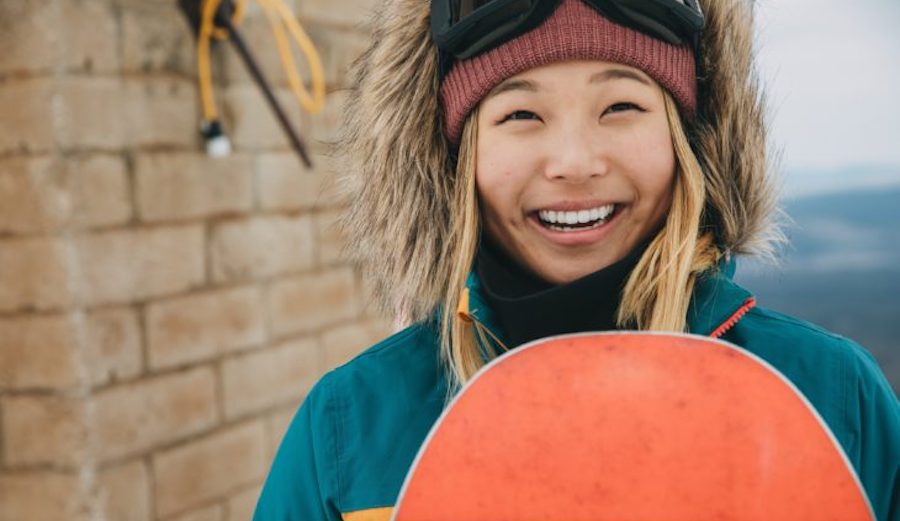 Since its founding, Protect Our Winters has built out a kickass team of incredible athletes that love the mountains and are passionate about protecting them against the effects of climate change. We at The Inertia are quite fond of many of them, including the inimitable Jeremy Jones, Caroline Gleich, Nick Russell, Michelle Parker, and so many more.

On Tuesday, though, POW announced the most recent addition to their “alliance” – 18-year-old Olympic gold medalist Chloe Kim.

The young snowboarder’s competitive dominance was long foreseen before her Winter Olympic debut in Pyeongchang, South Korea. But, it was her performance while repping the Stars and Bars that catapulted her into the mainstream. Now, as a POW Alliance member, POW is hopeful Kim will inspire an entirely new crop of activists.

“Chloe has captivated America,” said POW Executive Director, Mario Molina in a release. “We welcome her to the POW Alliance and look forward to working with her as she inspires the younger generation to become climate advocates.”

Kim was reportedly introduced to Protect Our Winters through Burton CEO Donna Carpenter, who serves on the organization’s board of directors.

“It just made sense,” said Kim, “Seeing the impacts of climate change first-hand and hearing all of the discussions happening around it, I felt like I needed to get involved. My career and my love of snowboarding depend on it.”