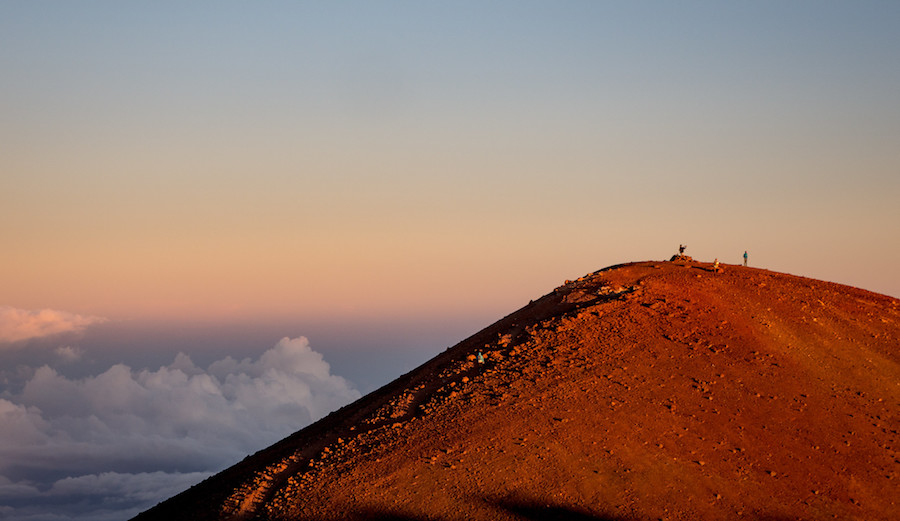 On July 15, a line of Hawaiian elders, known as kūpuna, descended on the roadway to the summit of Maunakea, a volcano on the island of Hawaii that’s sacred to native Hawaiian cosmology, in opposition to a project called the Thirty Meter Telescope. Back in 2009, an international consortium of scientists identified the peak as an optimum site for a massive cutting-edge telescope and have since been engaged in a now decade-long effort to acquire proper permits and local buy-in for its construction. All the while, native Hawaiians have expressed their opposition to the project saying not only that further development on the volcano is insensitive to native traditions, but that it’s also problematic for an already fragile ecosystem. The line of elders – also called protectors – that descended on Maunakea earlier this month was the last-ditch effort to disrupt construction, which according to Hawaii Governor David Ige was set to begin on the 15th, by physically obstructing the path of workers to the would-be site of the telescope.

In the weeks since, 35 elders have been arrested by officials and the conflict has come to a head gaining international attention. Actors like Jason Momoa (who is of native Hawaiian ancestry) and Leonardo DiCaprio have come out in support of the protectors and the many activists currently occupying the base of Maunakea.

Currently living in Hilo as a researcher for the University of Hawaii, filmmaker, scientist, and one damn-good surfer, Cliff Kapono recently made the trek to Maunakea to stand in solidarity with the protectors and activists there. As a scientist himself, Kapono understands better than most the ways thoughtful scientific inquiry can benefit society. And being born and bred in Hawaii and also being of native ancestry, he’s also internalized that the land and culture of Hawaii was historically wrested from its people.

“[It] seems very cool to me, honestly,” says Kapono of the capabilities of the groundbreaking telescope. “I’m a curious mind and I believe that understanding more about our natural world can help us make better decisions moving forward. From a resident perspective, I am in opposition to the Thirty Meter Telescope’s construction mostly because of the way the operation is being handled.”

“As a scientist, I don’t think it’s ethical to develop pristine land and use science as a legitimate reason why development should occur,” Kapono continues.

At present, the camp at Maunakea continues to grow daily while Governor Ige has declared a state of emergency there. The move may lead to further deployment of National Guard troops there, but as of Tuesday negotiations between protectors and Hawaiian officials are at a standstill.