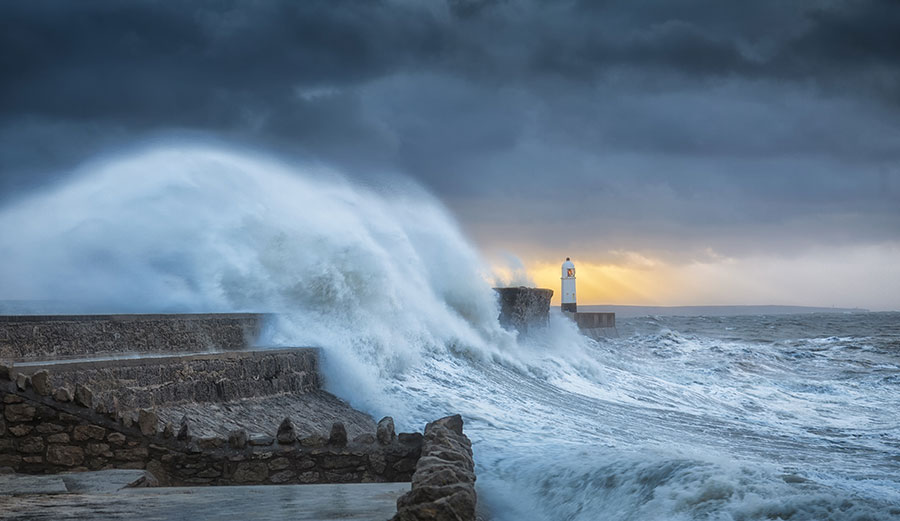 On a global scale, the science is settled: human emissions of greenhouse gases have already led to a rise in global temperature of more than 1°C, and the consequences are visible around the world.

Already, in 2019, Australia has sweltered in record-breaking heat, while the US Midwest was hit by freezing conditions colder than Antarctica.

In the UK, winter temperatures soared past 20°C for the first time ever. Britain is not particularly known for intense heatwaves, vicious hurricanes or snowstorms. But, in a world that is getting warmer, climate change will mean the country experiences more and more extreme weather.

To be identified as “extreme”, a weather event must significantly differ from normal patterns, be associated with severe impacts, and be historically infrequent. In the UK such events include floods, heatwaves, and droughts.

The UK’s national weather service, the Met Office, has examined historical trends in extreme weather events and has projected how the climate may change over the 21st century. If emissions continue to increase, there is an increased chance of milder, wetter winters and hotter, drier summers. But at the same time, the country may see an increase in the frequency and intensity of hot days and heavy rainfall events.

This does not mean that every season will be warmer than the previous one. Daily and annual changes in weather patterns will continue to produce some unusually cold summers and winters, even as the climate warms.

As global temperatures continue to climb, by 2050 heatwaves similar to that witnessed in 2018 could occur every other year. By 2100, heatwaves will likely become more intense and longer lasting, with the possibility of temperatures exceeding 40°C and heatwaves lasting 50 days.

Rainfall will be variable and more extreme

The laws of physics tell us that a warmer atmosphere can hold more moisture, increasing the frequency and strength of extreme rainfall events. From year to year, rainfall patterns across the UK will still vary – but when it does rain it may fall in more intense bursts. Recent research has found that there is a one-in-three chance of record-breaking rainfall hitting parts of England and Wales each winter. That means in the future, wet winters like 2015/16 could become more common.

While summers are expected to become drier overall, climate change means downpours could become heavier. Researchers at the Met Office, the UK’s national weather service, modeled the future of UK precipitation in very fine detail (down to squares of just 1.5km) and found that intense rainfall associated with severe flash flooding could become almost five times more frequent by the end of this century.

Is it climate change?

The emerging field of “event attribution” is enabling scientists to better understand the drivers of extreme weather. New and stronger evidence confirms that abnormally high temperatures and associated extreme weather are indeed related to human activities. For example, the very latest attribution study found that human-caused climate change had at least doubled the likelihood of the remarkable northern Europe heatwave in 2018.

Rainfall is harder to predict, as it depends more on relatively local factors such as atmospheric circulation and the availability of moisture. Many of these processes are not adequately represented in observational data or climate models. So, while a warmer world is associated with an increase in atmospheric moisture, what that means for extreme rainfall events in the UK will vary substantially from region to region.

Having said that, we can use past observations and future climate model experiments to infer whether the intensity and likelihood of such events are a result of climate change.

In December 2015 Storm Desmond traveled across the North Atlantic, leaving in its wave an “atmospheric river” of super-moist air. Record-breaking rainfall caused major flooding across Ireland and northern England. Researchers at Oxford University and the Royal Netherlands Meteorological Institute have shown climate change increased the frequency of a rainfall event like Storm Desmond by 59%.

This isn’t the first time that extreme UK rainfall has been linked to a changing climate. By analyzing the extremely wet winter in 2013/14, scientists found that climate change had made such a season 25% more likely.

While there are many uncertainties in attribution studies, researchers have shown that human-caused climate change is nudging the temperatures up and increasing the odds of new extremes in heat and rainfall.

This article was written by multiple contributors: Kate Sambrook, Researcher in Physical Climate Change, University of Leeds and Thomas Richardson, Research Fellow, Institute for Climate and Atmospheric Science, University of Leeds. It is republished from The Conversation under a Creative Commons license. Read the original article.