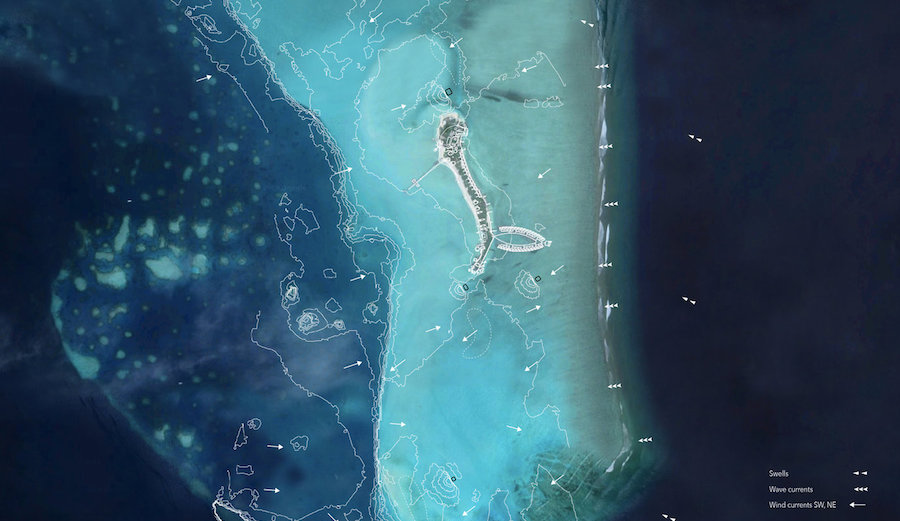 A team of researchers at MIT are using ocean currents to “grow” sandbars and islands in the Maldives. Photo: MIT Self-Assembly Lab

The Republic of the Maldives may be best known for the numerous, silky-smooth, azure tubes that pepper the archipelago, but surfer’s paradise has a hidden cost. A unique blend of geological phenomena has crafted a chain of islands and reefs that suck up swell like a sponge and mold and shape it into dreamy surf. But, the Maldives is also the lowest-lying nation in the world, and residents are already seeing the effects of anthropogenic climate change through rising sea levels. And while the nations of the world debate climate treaties at global summits, withdraw from landmark treaties, and continue to question an overwhelming majority of climate scientists, the Maldives does not enjoy the same luxuries. It must adapt.

Enter a team of Massachusetts Institute of Technology researchers with a novel idea: manipulate the forces of nature to grow islands and sandbars to adapt to the effects of climate change. Forgive me for the insensitivity, but I can’t help but wonder if new surf spots will be created in the process? Let’s dive in.

According to the London-based architecture and design magazine, Dezeen, a team from MIT’s Self-Assembly Lab is currently working with a Maldivian organization called Invena on a novel concept to fight coastal erosion and sea-level rise called the Growing Islands Project. The idea, says the project’s website, is to “create a system of underwater structures that use wave energy to create sand accumulation in strategic locations.”

“Over time,” the website goes on, “the goal is that the accumulation of sand will grow into new islands or help rebuild existing beaches, creating an adaptable solution to protect coastal communities from rising sea levels.”

To do that, the team is deploying large bladders made of canvas and biodegradable material in strategic locations and letting nature do its thing to redistribute the sand, growing sandbars, islands, or re-building eroding coastlines. 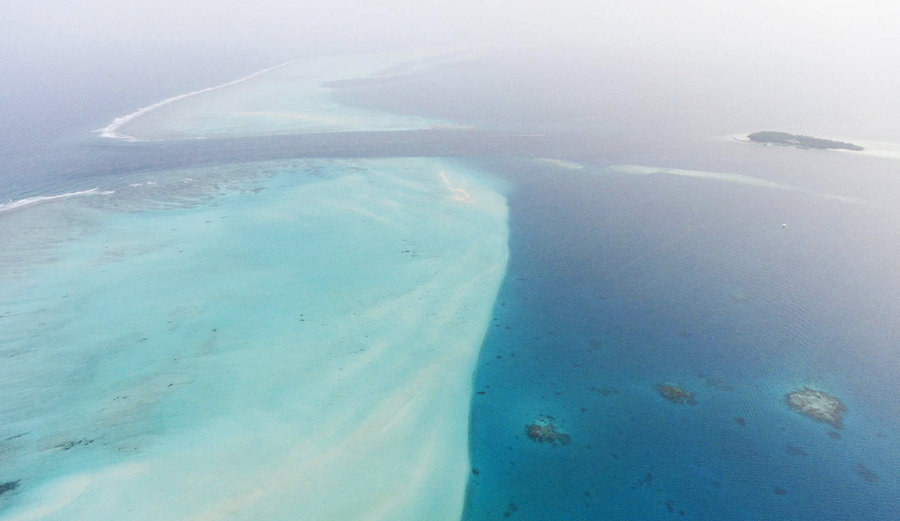 Could the new sandbars and islands impact the surf? Photo: MIT Self-Assembly Lab

MIT’s Self-Assembly Lab exists to pioneer objects and materials that build themselves. The lab’s head, Skylar Tibbits, told Dezeen that for some time he’s pondered how his team could leverage natural energy that often destroys and instead use it to create.

“For a long time I’ve thought, ‘Isn’t there a way that we could utilize some of the energy that’s just naturally around us in disasters – you know earthquakes, tornadoes, landslides, tsunamis — and do something productive?'” he said.

Tibbits and his team deployed their first field experiment in the Maldives in February and will continue to collect data and analyze its impact over the next year. The team also aims to deploy a second field experiment later this year.

In other words, it’ll be some time until we uncover how effective this solution is to curbing sea level rise and coastal erosion, and, less-importantly, the impact on neighboring surf breaks.

Regarding the latter, fighting climate change is certainly a more benevolent aim of this project, but the notion of “growing” a sandbar that could create better waves to drive tourism isn’t without precedent. A project in the coastal town of Bournemouth in the U.K. is perhaps the most infamous artificial surfing reef blunder in recent memory. But, if the $4 million failed project is indicative of anything it’s this: coastal communities across the globe speak the universal language of dollars and cents.

Could it be long before the same “island growing” that helps the Maldives adapt to climate change also turns Santa Monica into a world-class beach break? We’ll have to wait and see.