Coastal Commission Slaps the Shore Hotel in Santa Monica with a $15.5 Million Fine 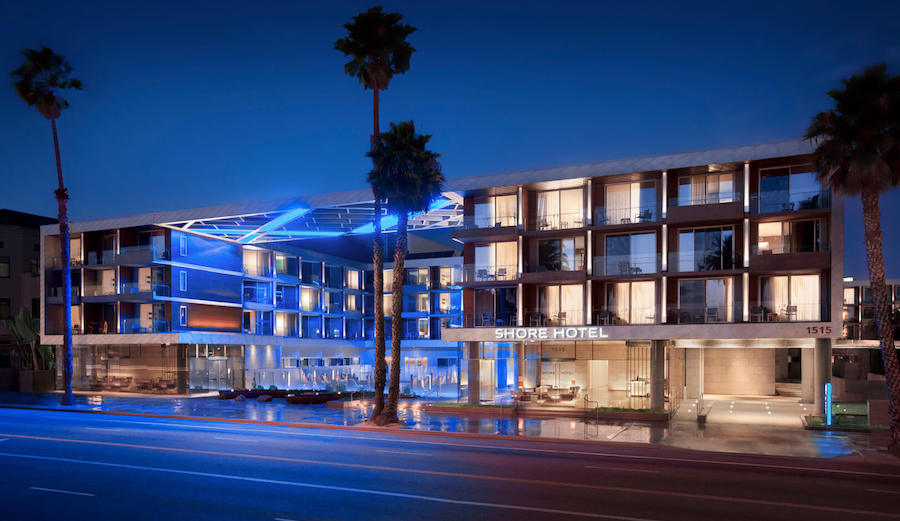 Developers Sunshine Enterprises Ltd. were permitted to build a Travelodge in Santa Monica and instead built the swanky Shore Hotel. Now the Coastal Commission has slapped the developer with the largest fine in the agency’s history. Photo: The Shore Hotel

The California Coastal Commission voted unanimously on Wednesday to levy a $15.58 million fine against Sunshine Enterprises Ltd., the developer behind a boutique luxury hotel on Santa Monica’s Ocean Avenue for replacing two of the only low-cost motels in the area without a permit. It’s the single largest penalty issued in the agency’s 40-year history.

According to a press release, in 2009 the Coastal Commission granted Sunshine a permit to replace two low-cost motels with a Travelodge. But, the developer let the permit expire and instead built the Shore Hotel – a swanky boutique hotel that, according to the Commission, charges up to $800 a night for a room.

In 2013, after slapping Sunshine with a $1.2 million fine for failing to provide affordable rooms per their permit requirements, the City of Santa Monica alerted the Commission. The agency then sent a violation letter in 2014 and the developer sought an after-the-fact permit that the Commission denied. Sunshine sued and lost.

Since then, the Coastal Commission and Sunshine have been in settlement talks and the developer ultimately recently agreed to pay the over $15 million fine.

In the eyes of the Commission, Sunshine’s decision to construct unpermitted luxury accommodations adversely impacts low-income families, infringing on their right to coastal access guaranteed by the Coastal Act.

“We as an agency have a mandate to encourage public access on the California coast and that means doing everything we can to ensure people can actually afford to stay there,” said Commission Chair Dayna Bochco in a statement. “This fine is a shot across the bow that we take that responsibility very seriously.”

The Coastal Commission may be most well-known for its enforcement of public access to the coast – the most high-profile case in recent memory being one in which tech billionaire Vinod Khosla appealed a public access suit over Martins Beach all the way to the Supreme Court.

The California Coastal Act, though, also explicitly mandates the Coastal Commission to protect lower-cost coastal accommodations throughout the state.

According to Section 30213 of the Coastal Act, “Lower cost visitor and recreational facilities shall be protected, encouraged, and, where feasible, provided.”

Across the California coast, lower-cost hotel options are becoming fewer and further between, says the Commission.

“This fine stands for the rule of law and no one is above the law,” said Jack Ainsworth, executive director of the Coastal Commission in a statement. “Coastal access is a right in California and hopefully this sends a message that this commission will not tolerate this kind of activity.”

During their Wednesday meeting, agency commissioners expressed no qualms about the size of the fine – some even calling for the Shore Hotel to be torn down or at least that half of its 174 rooms be allocated as low-cost options.

“It’s almost textbook environmental injustice,” said Commissioner Mark Vargas. “Tearing down a low-cost hotel on prime coastal land and saying it can go somewhere else. I am not shedding tears for people who willfully violate the Coastal Act and have to pay a $15 million fine.”