Crazy Creature of the Week: The Axolotl, or Mexican Walking Fish 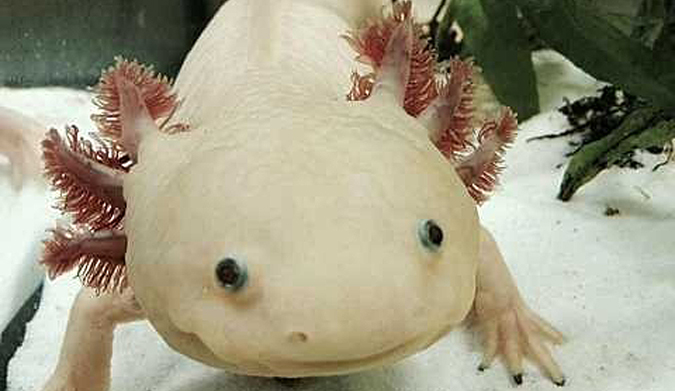 “Mom, can we keep him?!” Photo: Wiki Commons

The Axolotl isn’t a dangerous animal, nor is it particularly ugly. It’s not deformed, creepy nor does it harbor fish in its butthole. So what makes this cute little thing our Crazy Creature of the Week? Well, the simple fact that you can adopt one of these tiny martians, keep it in an aquarium at home and raise it as your own is crazy enough. It’s almost like the aquatic version of ET, but trust me, it gets way, way trippier than that.

This amphibious animal is more commonly known as a “Mexican walking fish” or a “walking fish.” Originally found in lakes in and around Mexico City, they look like they belong on land. Oddly enough, the axolotl matures and grows gills living out the rest of its days underwater. Another oddity about its maturity is that it doesn’t undergo much of any physical maturation aside from gills. The way the axolotl looks when it’s born is almost exactly the way it looks throughout the entirety of its life. It’s basically a big baby that reproduces, well, babies. Weird.

Another bizarre feature the axolotl possesses is its ability to regenerate a lost limb. Should its tiny T-Rex-like arms get severed in a baby-on-baby fight, it can grow the appendage back. Quirkier still is the fact that in some cases, the axolotl has been known to grow an extra appendage. Five legs crazy enough for ya? Furthermore, should an axolotl not be able to regenerate its own body part, it has the ability to accept a transplant from a fellow axolotl. The same goes for eyes and parts of the brain.

Sadly, like too many good things on this planet, it’s endangered. The species has declined drastically due to lakes in the Mexico City area drying up and not being as bountiful as they once were. It’s currently listed as Critically Endangered in the wild by IUCN, the International Union for the Conservation of Nature. In fact, their population in the wild has been so devastated that in 2010, they were nearly extinct. A four-month study in 2013 showed no existing axolotls in their natural habitat of Lake Xochimilco. Part of this could be due to their use in scientific studies on limb regeneration. Unfortunately, they will most likely end up extinct as their natural habitat of Mexico City urbanizes, water quality decreases and general human empathy declines.

If you’d like to see the axolotl in action, here’s a 46-minute documentary that will teach you everything you’d want to know. 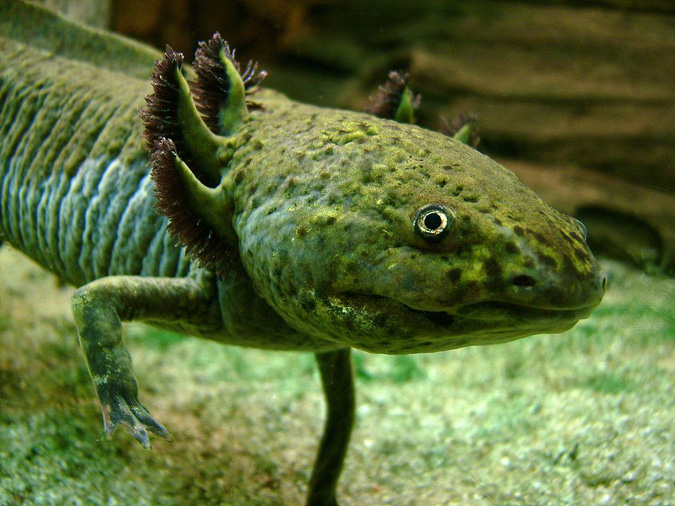