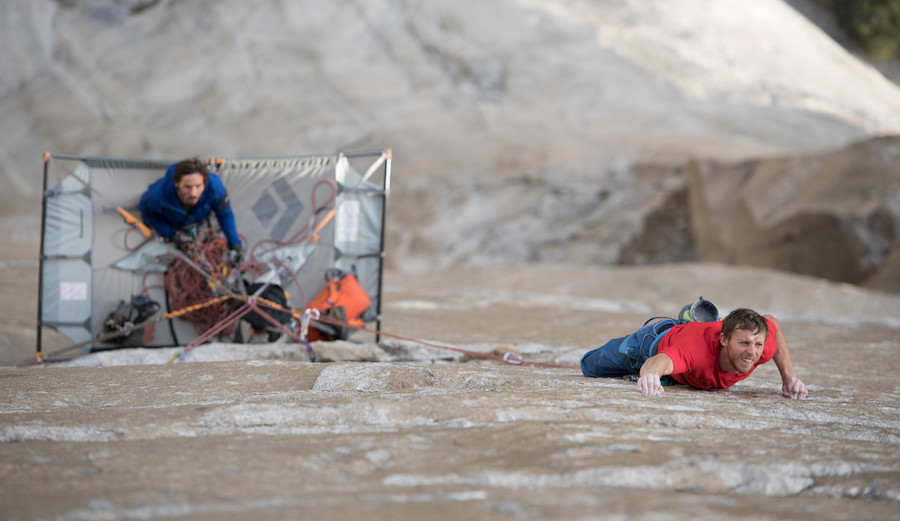 The disparate communities of people who build their lives around recreating outside are full to the brim with environmental advocates. Which makes perfect sense. If the wild places of the world – from the ocean to the mountains to the crag – bring you joy, there’s skin in the game to protect them.

But outdoor enthusiasm isn’t binary. Plenty of surfers love to chase powder in the mountains. And when the snow melts, many snowboarders and skiers (and surfers, too) enjoy climbing.

It’s in that spirit that Protect Our Winters, the Colorado-based environmental non-profit, announced today the creation of POW Climb to, in their words, “better represent all outdoor communities impacted by climate change.”

Accomplished climbers from Conrad Anker to Emily Harrington have long rounded out POW’s ambassador roster, but the launch of POW Climb marks a more concerted effort on the part of Protect Our Winters to galvanize the climbing community in the fight against climate change. Along with forming POW Climb, POW announced Monday the addition of Tommy Caldwell to its ambassador list and new partnerships with La Sportiva and the American Alpine Club.

“As a climber and a father, I’m seeing the impacts of climate change firsthand and feel the need to do everything in my power to protect my children’s futures,” said Caldwell in a release. “At a recent POW Alliance training, the team laid out a vision to a carbon-neutral future that I want to be a part of, which is why I’m joining POW and helping launch POW Climb. It’s time to give the climbing community a platform to speak up about climate change.”

POW Climb isn’t the first offshoot for the non-profit that has been strongly routed in the snowsports industry since its founding by professional snowboarder Jeremy Jones.

In August 2017, POW launched POW Trail to engage the trail running community, and according to a release the organization will “continue to expand into more areas of the outdoors to bridge communities, unify individuals, brands, and nonprofits and inspire collective action on climate solutions.”