For the Earth’s Oceans, 2018 Was Officially the Warmest Year on Record 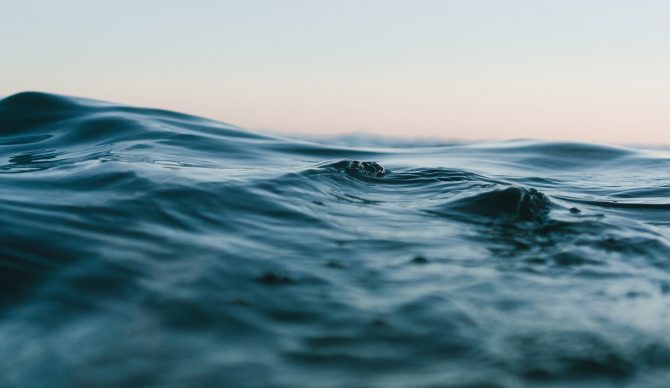 A team of scientists from around the world published research in the journal, Advances in Atmospheric Sciences, revealing that 2018 saw the warmest ocean temperatures since global records began in 1958. But that’s not exactly a revelatory finding. It’s actually a trend. The previous warmest year on record since such data began being kept 60 years ago was 2017. In fact, the top five years in terms of ocean temps has come in the past half decade.

“The vast majority of global warming heat ends up deposited in the world’s oceans,” the authors say.”Increases in ocean heat are incontrovertible proof that the Earth is warming.”

According to the report, which was published Wednesday, the ocean’s warming trend is actually a greater indicator of climate change than warming air temperatures. “The global mean surface temperature record is greatly affected by weather, El Nino and so forth,” said Kevin Trenberth of the Climate Analysis Section at the US National Center for Atmospheric Research and co-author of the study. “The ocean heat warming signal is much more visible and not as noisy.” 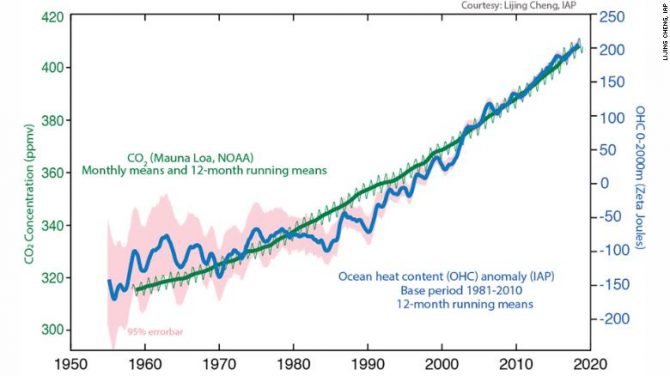 A graph demonstrating how closely the increase in ocean heat content compares to the increases in atmospheric carbon dioxide. CTSY: Lijing Cheng, IAP

So what are the impacts?

According to the authors, the warmer water temperatures led to a global mean sea level rise of 29.5 millimeters above the 1981-2010 average. Coincidentally, that was also another record. And of course, the warmer water also contributed to greater intensity in weather events like hurricanes acorss the world — another trend we’ve all see progress through the years.

“In 2018, the world experienced a number of major tropical storms, some of which developed very rapidly and many caused death and destruction,” the authors wrote. “Hurricanes and other storms are natural phenomena and they are affected by many other factors besides ocean changes, but conditions allowing for the formation of severe hurricanes are occurring more often because of the record high [ocean heat content], with increases in intensity, lifetime, size, and especially increases in heavy rainfall.”