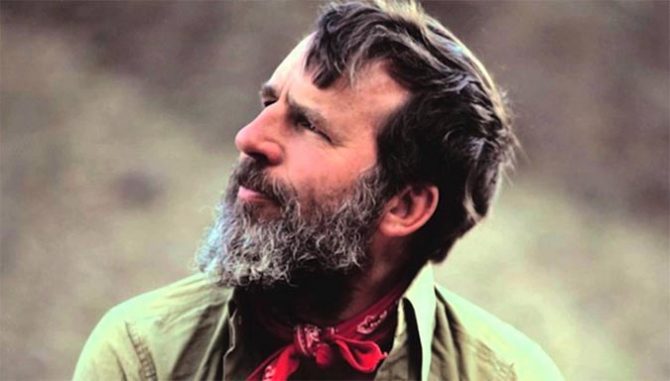 In the world of conservation literature, Edward Abbey’s name stands among giants like Aldo Leopold, Henry David Thoreau and Wallace Stegner, thanks to Desert Solitaire, a collection of musings written over a few seasons he spent as a park ranger in the red rock desert of Utah’s Arches National Park. Although well known for the fictional and satirical jabs of The Monkey Wrench Gang, Abbey’s acerbic wit, steadfast gaze, rabid criticism of the American industrial complex and heartbreaking take on the human race from his most famous non-fiction work is what made the Southwest wanderer a conservation icon.

In light of the current state of America—the ever-increasing political divide, our wild places under siege and unchecked momentum of the tech industry—Abbey’s seminal work feels just as relevant, if not more so, than when it was first published 50 years ago in 1968.

Here, I examined five passages from the influential work that look mighty prescient in the harsh, desert-like glare of the present. It might even be enough to make you pick up a monkey wrench.

….most of what I write about in this book is already gone or going under fast. This is not a travel guide, but an elegy. A memorial. You’re holding a tombstone in your hands. A bloody rock. Don’t drop it on your foot—throw it at something big and glassy. What do you have to lose?

Abbey doesn’t even get past his introduction before getting surly. He admits that this will be a love letter to his red rock desert, the way it was as he experienced it and how it is going away fast. Since then Arches has been weaved with paved roads, Bears Ears National Monument has been created by one president, shrunk by another, and cell phones have been invented and proliferated. Ol’ Ed might not like what he would see if he were alive now (he passed in 1989).

A weird, lovely, fantastic object out of nature like Delicate Arch has the curious ability to remind us—like rock and sunlight and wind and wilderness—that out there is a different world, older and greater and deeper by far than ours, a world which surrounds and sustains the little world of men as sea and sky surround and sustain a ship.

Abbey returns to this idea time and again throughout the book as he deepens our understanding of this concept. Some people are scared of this greater world that surrounds them, afraid to get out of their gleaming vehicles, to get sandy, sore and sun burnt in pursuit of questions that will never be answered; Abbey encourages us to to do just that and, of course, leads by example as he watches the days move seamlessly over canyon land.

If industrial man continues to multiply his numbers and expand his operations he will succeed in his apparent intention, to seal himself off from the natural and isolate himself within a synthetic prison of his own making. He will make himself an exile from the earth and then will know at last, if he is still capable of feeling anything, the pain and agony of final loss.

It was true 50 years ago and it’s true today. How long will we blindly move forward with industry and technology with no thought or care of what the outcome might be for our planet? Is short-term profit really a worthy forfeit for our only home? We’re closer than ever to feeling that final loss. 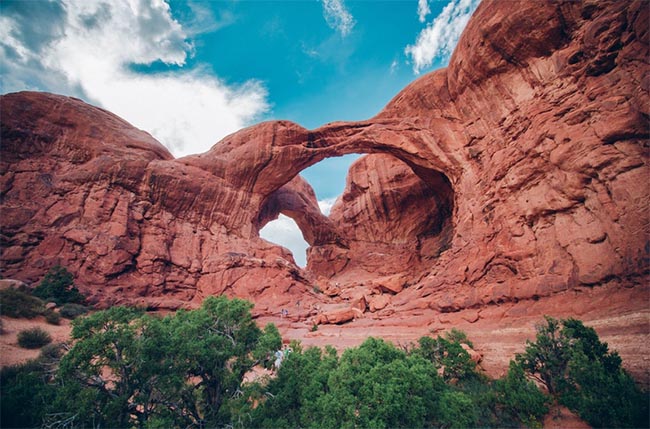 My God! I’m thinking, what incredible shit we put up with most of our lives—the domestic routine (same old wife every night), the stupid and useless and degrading jobs, the insufferable arrogance of elected officials, the crafty cheating and the slimy advertising of the business men, the tedious wars in which we kill our buddies instead of our real enemies back in the capital, the foul, diseased and hideous cities and towns we live in, the constant petty tyranny of automatic washers and automobiles and TV machines and telephones…

Throughout Desert Solitaire Abbey knocks our heads over and again with the rocks, the sky and the flora and fauna of the desert: why do we not question our modern existence more? Why do we live the way we do? He argues that wilderness, and particularly the desert, gives us a chance to see the world in a simple, truthful light, away from the trappings of modern society so when we return—if we return—we’ll see it more for what it is.

The air is clean, the rock cuts cruelly into flesh; shatter the rock and the odor of flint rises to your nostrils, bitter and sharp. Whirlwinds dance across the salt flats, a pillar of dust by day; the thornbush breaks into flame at night. What does it mean? It means nothing. It is as it is and has no need for meaning. The desert lies beneath and soars beyond any possible human qualification. Therefore, sublime.

The desert is everything and nothing all at once to Abbey. Indifferent and mesmerizing, the land gives us a mirror to examine our place on the planet. As when Abbey wrote Desert Solitaire, our planet is in peril, but now we are further down the path. We must take to the wilderness, seek our truths, then do what we can to protect them. It’s what Abbey would want.