Everest Is Closed: Enforced Hiatus Will Help Its Environment Recover But Hit a Million Livelihoods 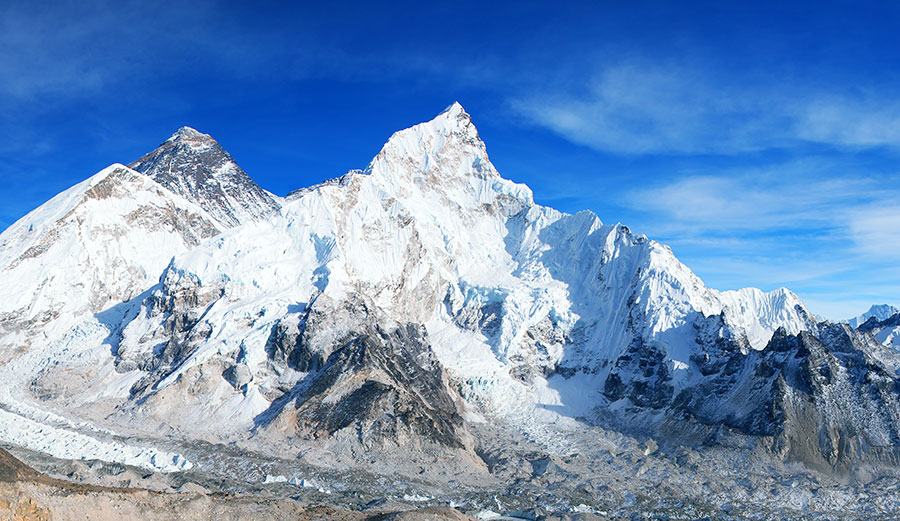 For the second time in five years, the snowy slopes of Everest will lie empty and silent. On March 11, China suspended all climbing expeditions from the Tibetan side due to the coronavirus pandemic. Neighbouring Nepal supported the decision and followed suit, suspending the climbing season on its side of the mountain. Once again, as witnessed in 2015 when devastating earthquakes hit the region, no human being will summit the world’s highest peak this season.

COVID-19 has had an enormous economic impact across the globe in terms of tourism. Adventure tourism is the backbone of Nepal’s economy, and this season’s shutdown will affect the livelihoods of around a million people. Not only will mountain guides and sherpas be affected, but also those who work in shops, restaurants, transportation, hotels, tea houses, B&Bs, and other tourism-related businesses.

Summiting Everest is a dangerous endeavor, and after last year’s disastrous “traffic jam” on the mountain, which led to the deaths of 11 climbers, this year’s coronavirus health risks cannot be ignored. Mountaineering is a thrilling and challenging sport, but in Nepal, it is also a business – and the complex, multifaceted Everest climbing industry supports thousands of jobs. In 2019, Nepal’s tourism industry generated 240 billion Nepali rupees (about £1.6 bn).

The 2018 and 2019 climbing seasons set record numbers for Everest summits. Perhaps after the shocking scenes of summit overcrowding in 2019, 2020 will now be the season that the holy Chomolungma – as the Tibetans call their mountain – will take a well-earned rest and recover from the increasingly commercialized expeditions that cause excessive amounts of traffic, rubbish, and human waste.

It seems that the industry has accepted the government’s decision to suspend the season with both gratitude and concern. Serku Sherpa, a mountain and trekking guide from Kathmandu voiced his support for the move:

Jane Markova, a tourism guide from Russia who brings tourist groups to trek in the Everest region twice a year, says that although she has lost this season’s income, she acknowledges that Everest’s environment has shown signs of distress, and will now have time to “detox”.

For a country like Nepal, with its vulnerable population and fragile medical system, banning tourists and travel is the safest option. After the disaster of last year’s season, Nepal’s government revised its climbing policy and created new rules. Now climbers have to prove they possess high-altitude mountaineering experience (over 6,500m on a peak in Nepal) and provide evidence of sufficient training and good health. Government-approved tourism companies must now have at least three years’ experience in organizing expeditions and only Nepalese citizens can be leaders, guides, and altitude workers.

This enforced hiatus can give the country some valuable time to think about the other changes it wants to make to its mountain tourism industry. Perhaps policy can now shift from a focus on profit to more sustainable management that can benefit the environment, Nepalese communities, and tourists alike.

The government could implement a campaign that puts to good use small-scale local expedition outfits to keep sherpas and tour guides occupied. Projects could aim to improve infrastructure such as building roads and creating public rubbish disposal and toilet facilities which would also benefit locals. Mountain tourism workers could also help maintain and improve paths and campsites, and most importantly, remove the huge amounts of rubbish produced by climbing expeditions, leaving mountainsides and basecamps strewn with detritus.

Benefits of the hiatus

The coronavirus has had a profound and wide-ranging impact on people, mobility, and economies around the world, but the positive impact of lockdown measures on the environment have also been reported. Air quality has improved across some of the busiest, most congested cities in the world. At the beginning of February, NASA and the European Space Agency’s pollution-monitoring satellites recorded a substantial decrease in nitrogen dioxide (the gas emitted into the air from burning fuel) over China. In March, Venice’s canals ran clear as polluting boats remained tied up after tourists were kept away.

At the beginning of April, for the first time in 30 years, residents in northern India reported seeing the snow-capped Dhauladhar range of the Himalayas 200 kilometers away due to a drop in air pollution. But these are likely just short-term positive effects on the environment and thought must be given to what happens after the pandemic subsides.

Perhaps Everest will also reap some benefits from this unforeseen break from intensive tourism, and its environment will have time to regenerate and recover.