FL Governor on Hurricane Matthew: “It Will Kill You” 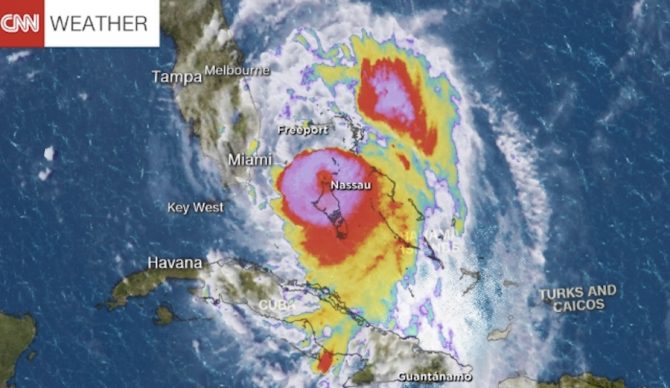 Hurricane Matthew, a Category 4 hurricane, is on track to impact areas of the American southeast over the next several days. Photo: CNN Weather

“This is serious,” said Florida Governor Rick Scott in a press conference on Thursday morning. “If you need to evacuate and you haven’t, evacuate. This storm will kill you. Time is running out. We don’t have that much time left.”

Hurricane Matthew has already left a wake of devastation as it’s traveled through the Caribbean over the last few days. And according to the National Hurricane Center, the Category 4 is on track to make landfall in coastal Florida.

The storm has already claimed 113 lives, 108 of which died in Haiti. Relief efforts have already begun in an effort to assist a nation that still hasn’t fully recovered from a devastating earthquake in 2010.

And more than 2 million people have been urged to evacuate areas in coastal Florida, Georgia, and South Carolina. Florida Governor Rick Scott urged Floridians to take these evacuation orders seriously. “There is no reason not to evacuate,” he said. 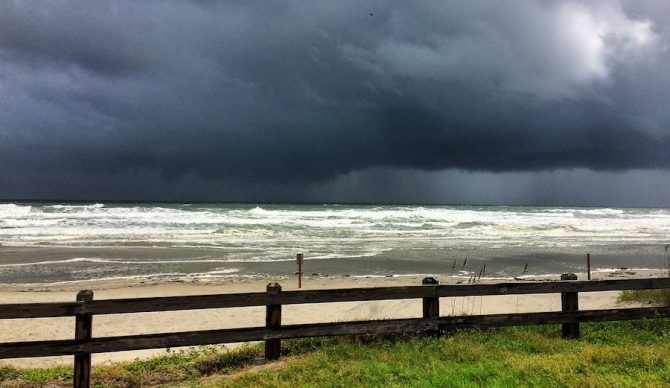 Members of the Florida surf community are in evacuation mode. New Smyrna surf photographer and founder of Tupat’s Hawaiian Poke Sauce and Seasonings, Patrick Eichstaedt (aka Tupat), has called New Smyrna home for 42 years. He says it’s the first time he can remember evacuating due to a hurricane threat.

“I’ve got my pregnant wife, my ten year old son, in-laws, the whole thing is really radical,” he said. “We were already seeing solid 10-15ft faces. What pushed me over the edge was seeing numbers like 36 ft at 16seconds [on the buoys]. You know, even in Hawaii I haven’t ever seen numbers like that and I’ve been to a few Eddies. To get waves like that you’ve gotta have really really strong wind. And it’s the wind that’ll kill you.” According to the National Hurricane Center as of 11 AM Eastern, Matthew had maximum sustained winds of 140 miles per hour.

Tupat says he and the family are evacuating to Orlando. When we spoke, he said traffic wasn’t bad on the 44, the freeway that heads straight westward from New Smyrna. A few minutes later he texted an update: “Just hit traffic on Sanford on I-4 bumper to bumper.”

Elsewhere, the National Guard tweeted this photo of one side of a highway completely backed up as Florida National Guard Vehicles headed in the direction of the storm on the other side.

Photo of the Day: As residents evacuate, the @FLGuard drives in to respond to #HurricaneMatthew. Always Ready, Always There! pic.twitter.com/gImxDdIVJH

East Coast surfers have a love-hate relationship with hurricanes. The same storm systems that produce incredible swells also run the risk of making landfall and causing untold devastation. Such is the case with Hurricane Bill that graced Florida with incredible surf in 2008. 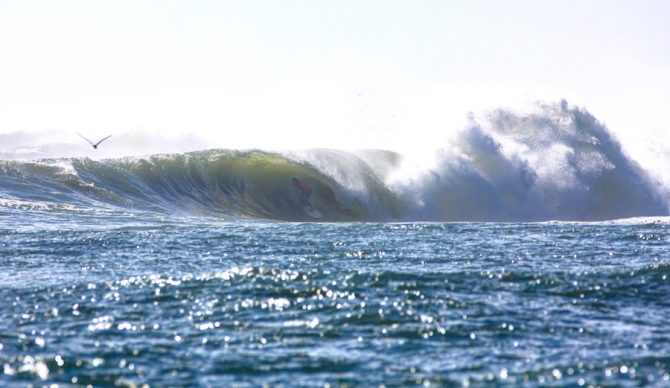 Greg Geiselman embraces the lighter side of Hurricane Bill in 2008. Photo: @therealtupat

As with all things weather, there remains a great deal of uncertainty regarding how the storm will track, how intense winds will remain, etc. – surfers understand that level of unpredictability greater than most. But for the time being, residents of communities in harm’s way are highly encouraged to evacuate, as Hurricane Matthew is not to be taken lightly.