Happy Mars Day! A Salute to 3 Institutions Accelerating the End of the Earth 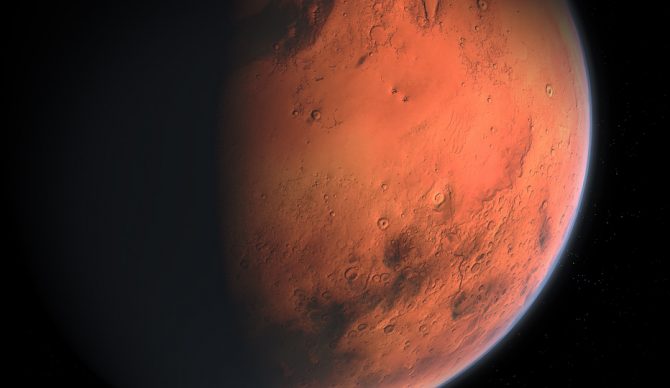 Might as well head to Mars sooner rather than later… Photo: Pixabay/Creative Commons

Earth Day has become an antiquated, self-congratulatory, circle jerk, and it’s time we throw it into the landfill. I propose that we replace it with Mars Day—a global holiday that celebrates the companies making the most notable contributions to accelerate the day humanity is forced to flee earth and populate Mars.

I can see it now. A parade in the streets of San Francisco. What’s that in the distance? A float with gorgeous models who stand atop crates with push-up bras and Super Soakers. Inside the crates are dairy cows shackled together with tubes suctioned to their udders which extend out like snakes attached to the Super Soakers. The models shoot streams of milk and pus into the cheering crowd. According to Michael Greger M.D., author of How Not To Die, cow milk in the U.S. can legally contain trace amounts of pus due to udder infections. An overweight man twirls his shirt over his head and the models squirt a load into his mouth. Bullseye!

Next comes the Nestle float. According to an article in Vice News, the company was recently called out by the Council of Canadians advocacy group for continuing to extract about five million liters per day from Ontario’s aquifers on sites where its permits had expired. To celebrate Nestle’s sly tactics, their float has been fashioned into a life-sized dehumidifier that evaporates any liquid within a 10-meter radius. As the float passes the fat man, his mouth goes dry just as quickly as it was filled with the warm fluid.

A conga line of Shell Chemical executives holds on to the back of Nestle’s float to celebrate the deep and pervasive relationship between the oil and gas and plastics industries. After all, around 99% of the feedstock for plastics is fossil fuels. The fat man joins the back of the conga line as do dozens of other elated spectators.

These companies and others like them are winners, and it feels good to be on the winning team. Just as it is more difficult to become the next Neymar than it is to become the next Steve Wiebe, (current Donkey Kong world champion for those of you who forgot), it’s a hell of a lot harder to claw your way to the top of the oil and gas industry than it is to start an environmental non-profit.

Sure, the song of a blue whale in the Monterey Bay can be heard from as far away as Oregon, which is wild to ponder, but if all of the blue whales were sucked into another dimension tomorrow, it would most likely take years for the anomaly to have any effect on your life… if ever. If all of the gas pumps in your town ran dry tomorrow, you’d be scrambling for a solution more frantically than the time you ran out of toilet paper on a Sunday morning.

It’s time we stop celebrating aberrations and instead honor what we do best and most often. Earth Day had a good run, but it’s time we bust out the Super Soakers, set our eyes on the red planet, and salute those who are going to get us there faster.