Help Save the Beautiful Portuguese Coast Threatened by Oil Production 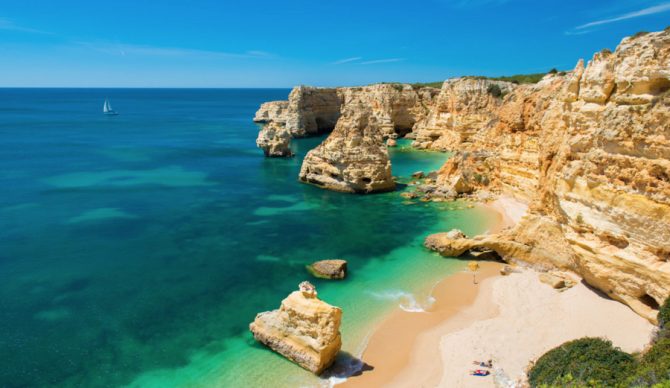 This beautiful coastline in Algarve, Portugal is a ticking time bomb. Photo: CreativeCommons

We have all heard time and time again of the environmental problems our planet faces. Yet, we continue to do the very things that undermine its purity. Similarly, we know the advantages of sustainable energies, but we often choose temporary, wasteful modes because of its convenience. In 2002, the Portuguese administration decided to open several public tenders for the exploration and production of oil in some regions of the country, many of which are offshore and severely threaten the beautiful, healthy environment.

In March of 2015, a group of like-minded citizens and entities formed the Platform Algarve Free Oil (PALP), a movement against oil exploration and production in the region. This platform is intended to alert the population of the risks associated with hydrocarbon exploration in Algarve and beyond. The group encourages public debate and calls on the study of the social, economic, and environmental impact. More over, it presses the state – who has thus far been extremely secretive – to hold a sense of transparency through publishing all information regarding the exploration, development, and production of oil and natural gas in the region.

It’s not too late to break the silence and political secrecy in Portugal. It’s not too late to alert the world of the risks associated with this type of exploration. It is, however, too late to stay indifferent. How long will it be before this beautiful coast becomes the next Gulf of Mexico, Santa Barbara, Australia, or the extensive list of other atrocities committed by oil spills. If we all don’t act, who else will?

See how you can get involved by visiting www.palp.pt.