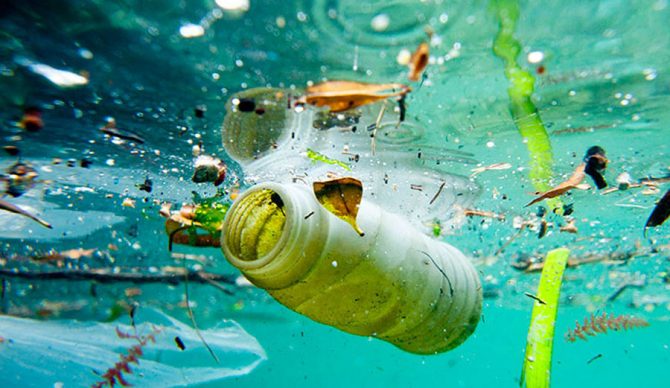 Is the solution to plastic water bottle pollution as simple as educating the masses that their tap water is safe to drink? Photo: Elite Reader

In early 2017, my husband and I hatched a plan to get our beaches clean in Virginia Beach. We walked door to door to all of our favorite local restaurants, breweries, and businesses asking the owners if they would consider providing a small reward if a customer brought in a 16-ounce container full of glass, bottle caps, and cigarette butts picked up from the local beaches. We called it Better Beach Project, partnered with 18 local businesses, and managed to remove approximately 800 pounds of trash, most of which was broken glass, rusty bottle caps, and cigarette butts. It was a success born of a pretty simple idea.

At the time, the whole operation could be summarized as the passionate airing of our frustrations with harmful litter on the beach to anyone that would listen. We had identified a problem and a potential solution, but could not implement that solution alone. We believed (and still believe) that our communities are improved when individuals put forth sustained effort to improve them. To date, we haven’t found anyone who disagrees with this train of thought. Although this idea is not exclusive to cleaning up beaches, we realized the beaches are highly visible, high impact, and important to our local ecosystems and even local economies. Our thought was that if we could get people to apply our idea to the beaches, they might see that it’s not so hard to apply anywhere else.

Moving into our second year, the number of participating businesses has more than doubled and our geographic footprint has expanded considerably. Along with additional attention from local and social media, the use of the word “grassroots” with respect to our mission has increased. And for no real good reason at all, I wasn’t sure how I felt about having our initiative labeled as a grassroots movement at first. Maybe I thought the “G” word was too political, too hipster, or too small potatoes. I couldn’t justify this feeling, and I certainly had no disdain for other grassroots-associated movements.

The truth is that grassroots organizations are important for several reasons. Most grassroots movements begin as ideas that direct attention and support issues that benefit the masses. Grassroots organizations are often described as “movements of the people,” a collection of ordinary folks driving a larger initiative. What intrigues me most about grassroots movements is how they grow. Something that we strongly believe about the Better Beach Project is that there’s nothing unique to our initiative, our participating businesses, or the communities where our project has roots. There is absolutely nothing about our idea that is exclusive to Virginia Beach. Nothing is stopping any business anywhere from doing what we are doing and nothing is stopping any community from practicing a little extra vigilance with regard to the removal of litter.

We don’t see our initiative as a leading-from-the-front movement that requires participating businesses and their customers to fall in line, rather we see our purpose as facilitating the relationship between businesses and the community. It started small, has grown, and will always be focused on localized opportunities for positive change, particularly in ways that affect and benefit ordinary people. Plenty of movements that identify as grassroots seek to affect positive change on various scales. So, are we a grassroots organization? You bet we are- proud of it, too.

Editor’s Note: You can learn more about the Better Beach Project here.