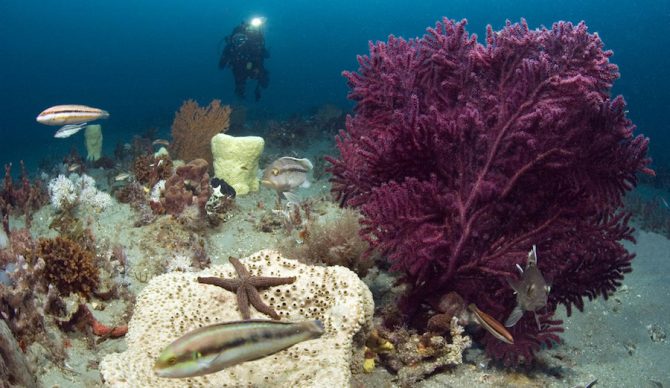 The Marine Protection, Research, and Sanctuaries Act (MPRSA) was established in 1972 after congressional support for environmental legislative programs increased following the 1969 Santa Barbara Oil spill. Under Title III of the MPRSA, the National Marine Sanctuaries Program was created and would later be reclassified as the National Marine Sanctuaries Act (NMSA). The NMSA was expected to provide a structure for the management of the oceans and for the protection of designated areas of national significance, yet it has fallen significantly short of the envisioned goals of creating a comprehensive zonal/multi-use management system through which to regulate activities that could result in potential harm to both the environment and economies.

Unlike other forms of environmental legislation, especially the Wilderness Act of 1964, the NMSA attempts to bridge preservation and environmental management goals with those of resource exploitation. As such, the National Oceanic and Atmospheric Administration (NOAA) was charged with the oversight and designation of sanctuaries under the NMSA with a broad and poorly defined scope with the purposes that included preservation, restoration, and multiple uses. The inclusion of multiple uses within the scope of the NMSA would prove to be a significant barrier for the effective protection of any marine area under the act from various human actions if not explicitly prohibited in the designation of a marine sanctuary.

Under the NMSA, Congress provided NOAA with the responsibility to designate marine areas under that act, despite the fact that other types of designated national areas (ie. national parks, wilderness areas, and national monuments) have historically been designated by either the executive or legislative branches of the government and not by individual agencies. The ability of NOAA to establish marine sanctuaries would be significantly hindered by political pressures from all directions and would also be subjected to conflicts of interest between its mandate for environmental stewardship and the promotion of economic activities under the Department of Commerce. Additionally, the NMSA provides no guidelines or procedural mechanisms for the establishment of national marine sanctuaries, leaving NOAA with the additional responsibility to create designation protocols and area management plans despite the Administration’s limited abilities and budget. The text of the NMSA also does not provide for any requirements for NOAA to actually establish sanctuaries, and this results in a lack of internal pressure or the agency to designate sanctuaries.

To date, only thirteen National Marine Sanctuaries have been established under the NMSA, with the majority being designated through congressional and executive actions — not by the procedural mechanisms of the National Oceanic and Atmospheric Administration to whom the task falls to. The NMSA has proven to been an ineffectual mechanism for the protection and preservation of national marine resources and spaces due to the several factors — principally, the broad scope of the Act to balance preservation and exploitation, the designation of the underfunded NOAA as the administrative authority, and the lack of pressure exerted by the Act for the creation of sanctuaries. Without legislative reform driven by a greater level of congressional or executive environmental responsibility, the NMSA will remain a toothless and inadequate policy for the foreseeable future.