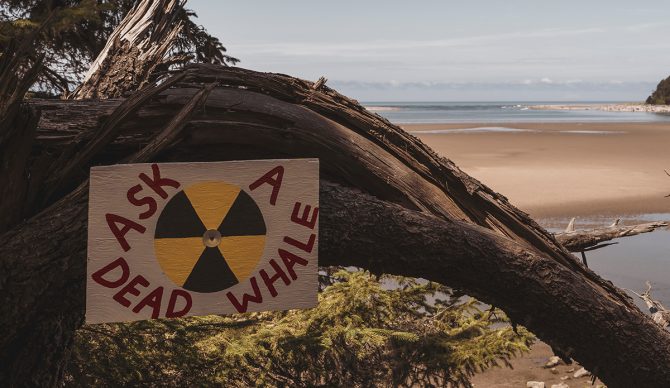 In 2011, three reactors at Japan’s Fukushima Dai-ichi nuclear power plant suffered meltdowns when an earthquake and tsunami devastated the area. As a measure to manage and prevent leaks, Tokyo Electric Power (TEPCO) has used cooling pipes to keep fuel cores from melting and stored more than a million tons of contaminated groundwater at the plant ever since.

As you’d expect, they’re running out of space to keep all the now-toxic water in their more than 1,000 tanks. According to TEPCO, that proverbial tipping point will come in 2022, so naturally, the Japanese government is reviewing ideas and plans for just what to do with it all. Officially, they’re waiting on a report and recommendations from an expert panel but if you ask Environmental Prime Minister Yoshiaki Harada, the solution is pretty cut and dry:

“The only option will be to drain it into the sea and dilute it,” he said Tuesday, according to Reuters.“The whole of the government will discuss this, but I would like to offer my simple opinion.”

Other options currently on the table include simply building more storage for TEPCO or vaporizing it, with TEPCO carrying out whatever strategy the Japanese government directs them to. But Yoshiaki Harada’s opinion, albeit a likely influential one, isn’t shared by everybody involved. In fact, Japan’s Chief Cabinet Secretary Yoshihide Suga simply brushed it off as just that: his “personal opinion.”

“The government must commit to the only environmentally acceptable option for managing this water crisis which is long term storage and processing to remove radioactivity, including tritium,” Shaun Burnie, a senior nuclear specialist with Greenpeace Germany, said in an email to Reuters.