Less than 4,000 Days Left to Surf the Maldives? 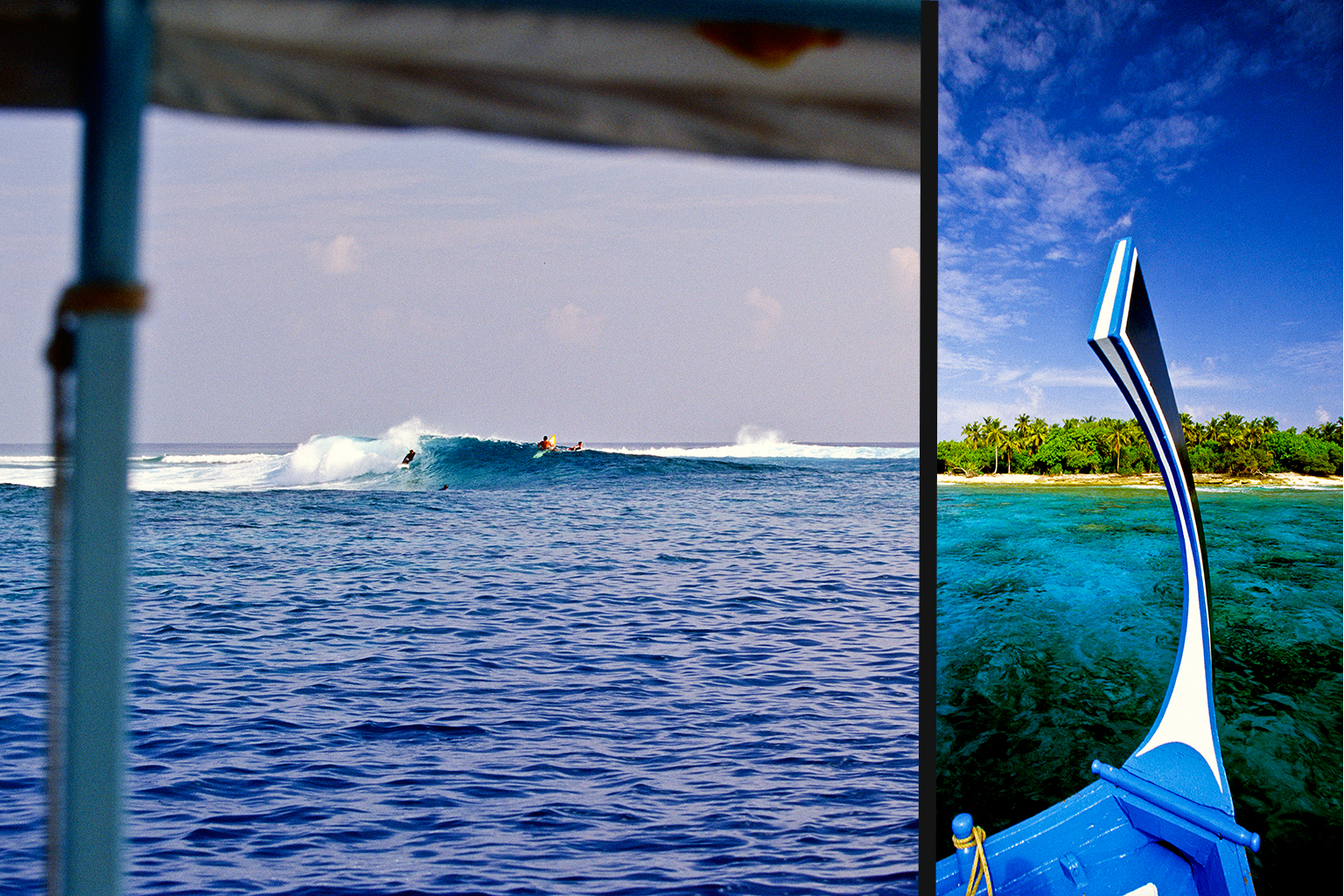 According to Michael Mann, a top climate scientist, we may have less than 4,000 days to savor those idyllic reef breaks and – more seriously – about 400,000 people will be looking for a new home. Maldives. Photo: John Seaton Callahan

Here’s a sad idea for surf tourism companies, and I’m not sure I should even suggest it: selling trips to spots which are going to disappear within a decade.

Michael Mann, a top climate scientist, has predicted that small island states will have to be evacuated within ten years as sea levels rise and saltwater infiltrates drinking water supplies. Mann largely cites the melting of Arctic sea ice at rates much higher than the models upon which the governments have predicated their assumptions. Others, like James Lovelock, have also criticized the models for not including the effects of greenhouse gases released when the earth and seas warm.

Michael Mann hopes that the immediate threat of climate change refugees and the loss of ancient cultures may provide a wake-up call to the world’s governments. I’m not so sure that this argument will have any effect. Wasn’t it the US that leaned on Britain to evacuate Diego Garcia in the Indian Ocean to set up a military base without thinking about the effect on the refugees?

My optimistic side wonders if the world’s top surfers and their sponsors could react to the possibility of losing the Maldives and countless other photogenic surf spots they use to sell themselves to pressure governments, corporations and people to take urgent action on reducing climate change. Perhaps they’ll feel a moral responsibility to the climate change refugees because surfers are partly to blame for the climate change since they’ve been flocking to these islands by the polluting plane-load?

Otherwise we may only have less than 4,000 days to savor those idyllic reef breaks and – more seriously – about 400,000 people will be looking for a new home.