Local Enforcement Keeps Blocking My Access to Public Waterways; Here’s How I Handle It 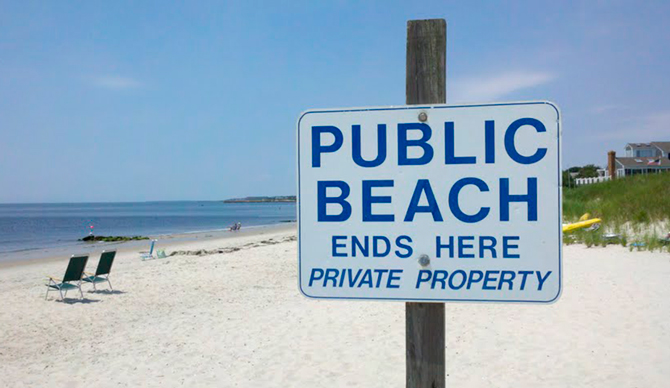 For the second time in less than two weeks the City of Miami and a local private security company, Kent Security, have given me grief about entering a public waterway, violating the Public Trust Doctrine, City Code Chapter 38 and City Ordinance 7999. However, they gladly complied with section 38-48 – Enforcement: “The rules and regulations established by this article will be enforced by the department of parks and recreation personnel of the city and the city police department (Code 1967, § 39-40; Ord. No. 10125, § 6, 7-10-86; Code 1980, § 38-28).”

While heading out for a paddle at the Miami Marine Stadium park located on Virginia Key in Miami Florida, I was initially interrogated by a private security officer who attempted to prevent entrance to the area. The security officer refused to provide a reason for denying entry and would not provide his name (note that this was a different security guard from the first encounter which firmly establishes an intent by the company to prevent access to the area), instead, pointing to his chest and saying that “my name is security.” I explained to the security officer the City laws as well the public trust and then proceeded to enter the park to speak with the dockmaster who operates the city-run marina. After speaking with the city officials who operate the marina, I was informed that they did not know of any closures to the area and that the security company employed by the City was responsible for the 20 acres of park area – not the marina. This all happened while the security officer followed me in his golf cart repeatedly saying that I must leave immediately. 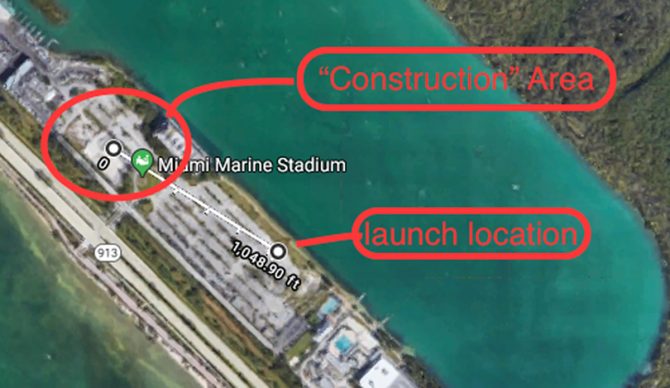 In prior written correspondence with a member of the Virginia Key Advisory Board (VKAB), the designated waterfront review board for this area, who had read the recently published Inertia article on “the rights to access beaches and public waterways” describing a previous incident at this location, it was clear that Kent Security has no jurisdiction over the park area and is only employed to prevent individuals from entering the marine stadium itself, which has been condemned.

Excerpt from email correspondence with a board member on the Virginia Key Advisory Board:
“I just read your story regarding a confrontation you had with a security guard at Miami Marine Stadium. If the events happened as you describe, you were not “in the wrong” in trying to access the lagoon via the MMS parking lot. As a member of the Virginia Key Advisory Board (VKAB), I have listened to countless City of Miami officials proudly recount how the public has access to this area in the exact same way you described. Evidently, you just met a security guard that was on some sort of power trip. The guards are there solely to keep the public out the stadium itself, not the adjacent parking lot.

My purpose in joining the VKAB was twofold. First, I’m a preservationist that could not stomach how the City was treating this irreplaceable historic treasure. Second, I felt the stadium and surrounding property should be returned to the people. After all, it’s probably one of the most important and valuable pieces of property in all of South Florida and maybe even the entire country. Twenty acres of waterfront with unobstructed views of downtown Miami is in short supply. It should be home to a fantastic venue and park not an asphalt wasteland with unruly security.

With this information in mind, I proceeded to head toward the lagoon and remove the paddleboard from my car. Just as I entered the water two City of Miami Police patrol cars approached and requested that I exit the water and leave the area over their loudspeaker. These police officers had apparently been summoned by the security guard. And all this after I had informed him that I would contact the police if he continued to harass me for conducting activities explicitly allowed under the established laws and regulations.

Complying with the officer’s request, I exited the water and approached the two police officers so I could explain the situation. Before I even had a chance, I was told this was City property and that they could arrest me for trespassing. There was no signage stating that the park was closed nor any public notices stating such facts. There were, however, road closed signs located near the construction area where a team was setting up structures for the annual Miami Boat Show. Apparently it is to be assumed by any park guests that the road closed signs applied to the 20-acre park in its entirety despite the fact that construction was going on more than 1,000ft away from the launch point, where crews were setting up tent structures in one area of the park and that was no construction occurring at the time in that section of the park where I was entering the water (also I had been at this location the previous day, where “construction was underway” and was not informed of any closures – successfully entering the water and completing a 6-mile circuit around the lagoon without any interference).

After being informed that it was possible for me to be arrested for trespassing on City-owned property (note that I was not informed that I was trespassing), I explained to the officers the current situation, as well as the prior access issues at Marine Stadium Park, correspondence with the VKAB, and the fact that there is signage explicitly allowing paddleboarding, kayaking, and other water-based activities at this location in addition to no closure signage or notifications being posted online, in printed publications, or at the site.

The responding officers (officer Diaz and his partner) stated the security guard had told them this was a construction zone and that the City had closed the area, all information that was previously not disclosed by the security guard. Upon further research, I was unable to find any publically available notices to this fact. Enquiry has been sent to the City of Miami for confirmation.

At the time of the incident, the officers did not know whether the area was closed or not but asked that I leave the area and suggested other locations which would be suitable for paddleboarding. Officer Diaz and his partner acted in an exemplary manner throughout this incident and should be commended for their calm and responsible handling of the situation, especially since the context of the situation from their perspective was unclear. As requested by the police officers, I complied with their request and left the stadium park.

So, what if someone told you that you couldn’t walk across the beach to go surfing or use a public space to access the water? For the average watermen, something like this sounds like crazy talk, but it’s happening regularly and with increasing frequency all over. Situations like this are occurring across the country every single day (in my case it has happened twice in less than two weeks). From regulated and restricted access hours, locked gates, development, and even economic barriers, the public’s ability to access the beaches and oceans are being severely limited. It is our responsibility as watermen to be informed, to stand up for our rights, and address these situations as they occur. Access to waterways and beaches should be, and are, a fundamental and universal right for all members of the public. The public should be able to enjoy low-impact and responsible access to these areas. We love these places and they are being taken away even though the right of the public to access them are guaranteed by public trust doctrine and customary use.

If this kind of situation happens to you, follow the advice below, but always remember to comply with the request of law enforcement officials, even if they are wrong and uninformed:

Law enforcement professionals advise that you do not confront the individuals(s), suggesting that it is best to remove yourself from the situation and then contact the authorities. Make sure that you have a camera ready to document the confrontation, if there is one, as you have the right to take video and photos on public lands and waters. The video/photo material that you gather can be used as evidence, as any harassment on public lands and waters is a possible criminal offense depending on your location. Any interference, including the attempted confiscation of your camera is a serious offense, depending on your state. Be sure to file a criminal complaint with your regional conservation enforcement agency, as they are equipped best to handle and respond to these situations.

Authors note: in cases such as this, especially in the State of Florida, the Fisheries and Wildlife Conservation enforcement department (FWC) or Game Warden Service (depending on your location) should be contacted in these situations as they are more informed on the rules and regulations regarding marine access issues.