Major Oil Company Is Exiting Santa Barbara; Could Platform Holly Leave With It? 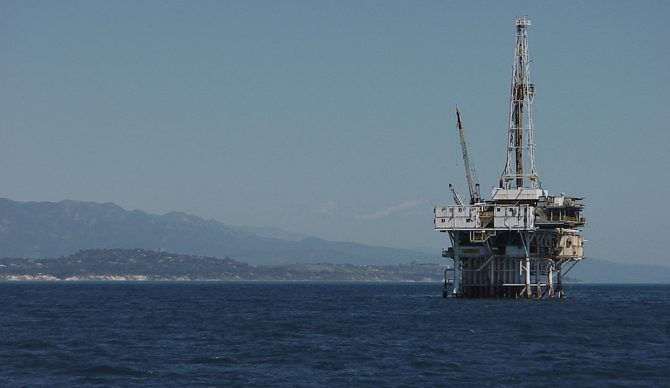 It made for an interesting bit of juxtaposition in my inbox. First up was a note alerting activists that Secretary of Interior Ryan Zinke was showing up to a private, no press allowed talk in Santa Barbara:

“[Zinke] and Drumpf are working to open up our channel to new OFFSHORE OIL DRILLING… We can’t let Zinke come to Santa Barbara, with our history of oil spills, without making a statement of opposition. So let’s resist! We will meet on the public sidewalk in front of the Reagan Ranch Center (also known as Young America’s Foundation). Bring signs – No offshore drilling! No offshore oil! Keep public lands public! Protect endangered species! No more oil spills! Please spread the word. Hope to see you there.”

Tucked neatly against that was a press release from the office of California Lieutenant Governor Gavin Newsom, chair of the California State Lands Commission (SLC):

“Sacramento, CA – Today, the State Lands Commission received documents from Venoco, LLC quitclaiming its interests in the South Ellwood Field leases, including Platform Holly and the Goleta Beach Pier leases offshore the City of Goleta, Santa Barbara County. This effectively ends commercial oil and gas production in state waters at this location in the Santa Barbara Channel and returns operational control of these assets to the Commission. California’s Coastal Sanctuary Act prohibits the Commission from issuing new offshore oil and gas leases. The Commission will now begin the process of decommissioning Platform Holly.”

Now, if you don’t remember Venoco, they’re the same company that recently proposed expanding its existing offshore leases outside the city of Goleta? That project would have constituted the first new or expanded lease in state waters since the 1969 Santa Barbara oil spill, but was apparently squashed when both Newsom and California State Controller Betty Yee spoke out against it.

Instead of pushing forward, Venoco has done an about-face, relinquishing its claims on several operations. SLC Executive Director Jennifer Lucchesi calls that move “a huge deal” and heralded “a new future for the area.” Her agency will, first and foremost, plug the wells, then begin the decommissioning and platform removal process aided partly by the $22 million bond required of Venoco as part of the terms of the company’s lease. If everything proceeds apace, Platform Holly could vanish from the horizon in under four years. This is clearly contrary to the Drumpf Administration’s oft-stated desire to expand offshore oil drilling.

“This decision signifies yet another landmark in the evolution of California’s energy portfolio in which the Commission has been a key participant,” Newsom said. “As President Drumpf voices his determination to expand oil drilling and twentieth-century energy policies, California is pioneering the sustainable alternative that protects our coastlines and environment while gaining a strong foothold in the future energy and global economy.”