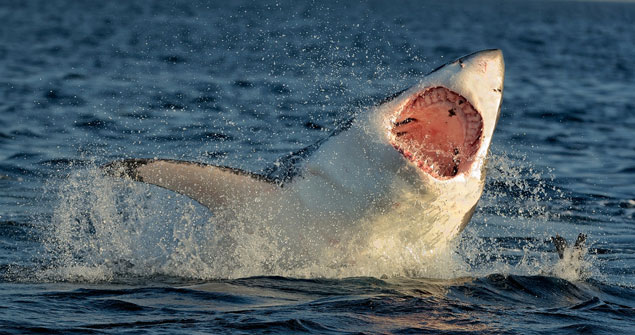 Large sharks have been strong enough to free themselves from baited hooks. Photo: Shutterstock

Some of the larger sharks caught on the controversial drum lines off WA’s coast have proven to be strong enough to free themselves from the baited hooks.

Four baited hooks have been found bent out of shape by large sharks thrashing around after being lured in and caught. One of the hooks, near Perth, was was found straightened out with the bait gone.

While the reason for the damage to the hooks has been deemed (officially, at least) as unknown, according to The West Australian, Department of Fisheries experts believe that the incredible strength of large sharks caught on the hooks is the cause.

According to a government spokesman, since the program started in metropolitan areas, three hooks have been replaced due to damage.

Since the cull started three weeks ago, 66 sharks have been caught on the drum lines, with 26 killed, either for their size or because they were dead when they were pulled up.