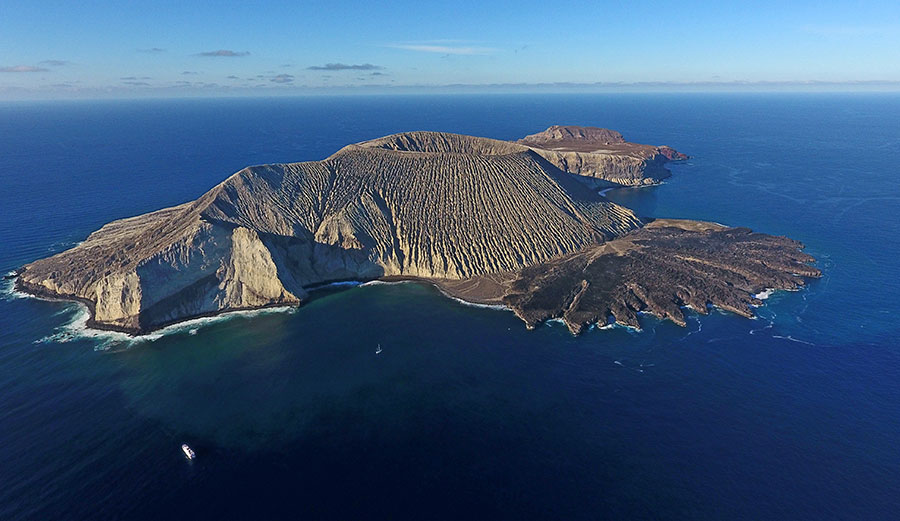 The Revillagigedo Archipelago is a special place–about 250 miles southeast of Baja’s southern tip, it’s made up of four volcanic islands with an ecosystem so unique it’s sometimes called the Galapagos of North America. Whales, giant rays, turtles, and hundreds of different endemic species including migratory birds and lizards call the area home. Tuna and sierra (or mackerel for those north of the border) use the area as a breeding ground, and now the whole thing is under protection from fishing and development.

The Environment Ministry and Navy “will carry out surveillance, equipment and training activities that will include remote monitoring in real time, environmental education directed at fishermen and sanctions against offenders,” said President Pena Nieto.

The largest island in the chain is Isla Socorro, and if you’re into diving, you’ve most likely heard of it. A shield volcano that poked its head up somewhere around 5,000 years ago, it’s “an open-ocean way station along the migratory routes of large pelagic species like hammerhead sharks, giant oceanic manta rays and whale sharks.”

Fish populations in the area have been decimated by aggressive commercial fishing operations, and the government hopes that the marine park will spark an uptick in numbers.