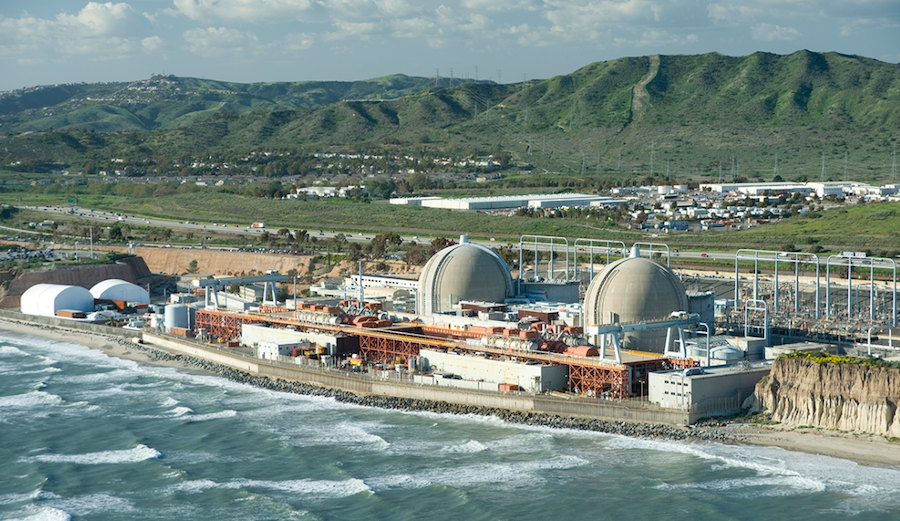 Under the current model, spent fuel might not begin to be transported away from San Onofre until 2035. Photo: Southern California Edison

San Onofre’s nuclear waste dilemma epitomizes the adverse impacts of characteristic gridlock in Washington. At present, some 3.6 million pounds of spent nuclear fuel sits onsite at the now-decommissioned San Onofre Nuclear Generating Station (SONGS) – some of which could be transported to a permanent repository immediately if the Feds were to agree on where one should be located. Until that happens, it’s unlikely anything will move.

When a facility does finally open up, though, California Democratic congressman Mike Levin wants to ensure that relocating San Onofre’s waste is a top priority.

In a press conference last week, Levin was flanked by fellow Democratic congressman Harley Rouda as Levin explained he’d soon be introducing a bill in Congress that would alter how spent fuel from the 30 decommissioned nuclear-generating stations across the country is prioritized for transport and permanent storage. Once it has a place to go, that is.

The bill, referred to as the “Spent Fuel Prioritization Bill,” would create three criteria when determining which sites would be given primacy in offloading their spent fuel: operating status, population density, and earthquake hazard. Given San Onofre’s proximity to two active fault lines and major population centers of greater Los Angeles to the north and San Diego to the south, it ranks highly under Levin’s proposed criteria.

“The legislation requires that the federal government take the responsible step of giving top priority to sites that are located in areas with the highest risk of these three criteria,” Levin said during his press conference. “It would also direct the agency to prioritize sites that are decommissioned or decommissioning since they are no longer producing new spent nuclear fuel.”

Granted, Levin’s bill falls short of directing a federal agency to actually move the waste. It would, however, change the current model where the oldest fuel is typically moved first. Under that model, Levin explained, spent fuel might not begin moving away from San Onofre until 2035.

And as far as fighting for a permanent repository or a so-called interim storage facility, which would house spent nuclear fuel from different generating stations until a permanent facility was constructed, Levin is fighting that battle, too.

Earlier this month, he sent a letter urging the Appropriations Subcommittee on Energy and Water Development to allocate $25 million for a consolidated interim storage program at the Department of Energy.

“I’ve been working in Congress to ensure that we have somewhere to put the spent fuel so we can move it off the beach,” Levin said.