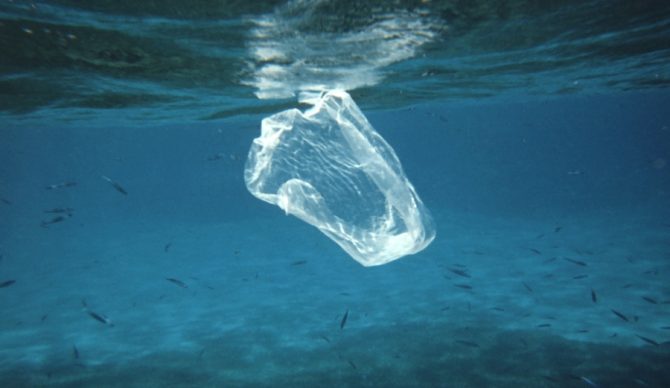 As often as the words “ocean,” “plastic,” and “pollution” sneak into our news feeds in the same sentence, it was only a matter of time before somebody attached some kind of price tag to the topic. According to a group of researchers from the UK and Norway, the damage plastic pollution causes to marine ecosystems costs the planet $2.5 billion a year.

The study pointed out that as many as “4.8–12.7 million metric tons of plastic entered the world’s oceans from land-based sources in 2010 alone,” and as we know, over time those plastics break down into smaller and smaller fragments of plastic which persist without ever fully degrading. With the ocean providing food, transportation of goods, money for tourism, and a long list of other economic dependencies on marine environments, they worked to provide some kind of measurement for how those plastics are impacting the global economy.

“Our calculations are a first stab at ‘putting a price on plastic’. We know we have to do more research to refine, but we are convinced that already they are an underestimate of the real costs to global human society,” Dr. Nicola Beaumont told The Guardian. 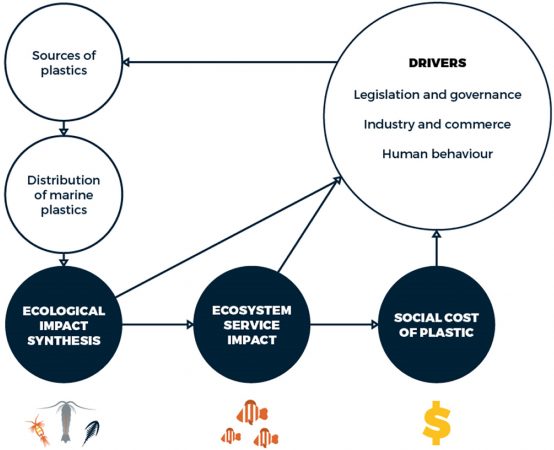 By the calculations of these scientists, plastic is somehow responsible for between a one and five percent decline in the economic benefits we have from a healthy ocean, or at least one that would be plastic-less. Plastic pollution contaminates our overall food sources, 20 percent of which the researchers say come from ocean protein. People enjoy coastal areas in a number of ways, which they argued is impacted negatively by pollution and therefore drives the possible economic value for coastal tourism destinations, etc. They even measured how bacteria and algal populations are impacted by plastic pollution and its effect on marine health, as well as money and resources we spend to recycle plastic or cleanup efforts to get rid of plastic that exists in the ocean now. Altogether, with those impacts and more in mind, they came to the conclusion that plastic in the ocean costs $3,300 to $33,000 per ton in reduced environmental value. At the 2011 estimate that between 75 and 150 million tons of plastic were in the ocean (at that time), they came up with the $2.5 billion price tag.

“As well as the devastating effect plastics have on our ecological and marine systems, they also directly and indirectly impact society,” added Dr. Kayleigh Wyles. “Quantifying the enormous tangible and intangible costs associated with marine plastic waste can only help to make the case for devoting our attention and resources now to protecting the seas for future generations to enjoy.”