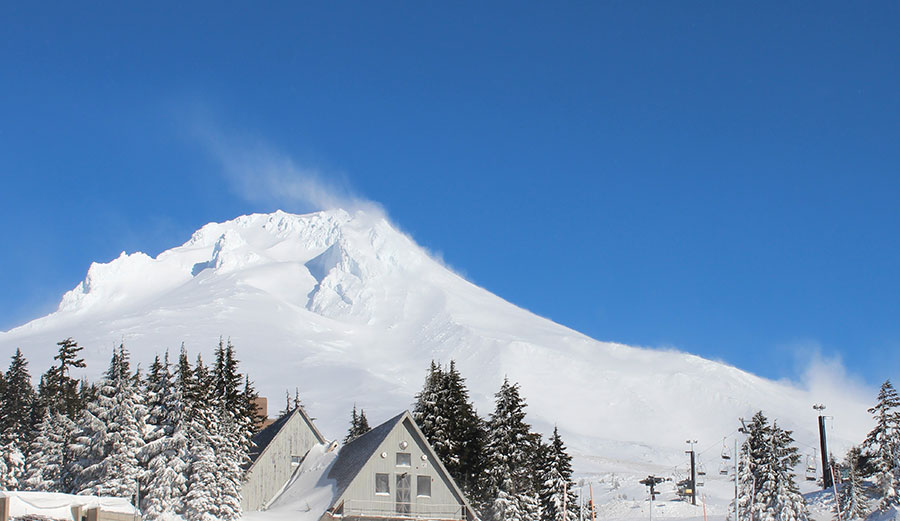 As an environmental scientist, I’ve done plenty of hiking in the western U.S. – always with a map, water bottle, and list of water sources. In dry areas, it’s always smart to ration water until you get to a new source. Sometimes a stream has dried up for the season, or a pond is too scummy to drink from, so your supply has to stretch further than planned.

On one memorable hike, I found that a water source was dry. The next one, three miles later, was dry too. And the one after that had a dead bear carcass in it. While one dry water source was tolerable, several in a row created a serious problem.

Something similar is happening to snow resources in the western United States. Scientists have long known that the warming temperatures associated with climate change are diminishing the region’s snowpack, with more precipitation falling as rain, rather than snow. That’s a problem because snowpack is a critical resource, acting as a natural reservoir that stores winter precipitation.

In a newly published study, my colleagues John Abatzoglou, Timothy Link, Christopher Tennant and I analyze year-to-year variations of future snowpack to see how frequently western states can expect multiple years in a row of snow drought, or very low snow. We find that if climate change continues relatively unabated, consecutive years with snow drought conditions will become much more common, with impacts on cities, agriculture, forests, wildlife and winter sports.

Snowpack is a critical resource in the western U.S. and Canada. Snow melts and runs off in spring and summer, when cities, farms, and forests need water. It supports animals such as wolverines that depend on snow, and underpins winter sports industries.

Multiyear snow droughts are akin to drawing down a bank account for some of these important systems. For example, lower snow years typically have longer summer periods with low soil moisture. Trees and other plants may be able to survive these stresses for one year, but longer stretches could lead to increases in forest mortality.

These periods also test western reservoirs, many of which are managed for dual purposes: Storing spring runoff for times of high water demand, and holding space for potential floodwaters. The amount of space allocated to storage versus flood control varies by time of year.

Water managers may need to update these rules to account for higher chances of snow drought or changes in the timing of snowmelt runoff. Rainfall is also a factor, and at least in California, total precipitation is projected to become increasingly variable from year to year with climate change.

Snow droughts also affect the winter tourism industry. Ski resorts in lower-elevation areas with increasingly warm winters may be able to survive one year of poor snow conditions, but multiple low-snow years in a row may threaten their viability. 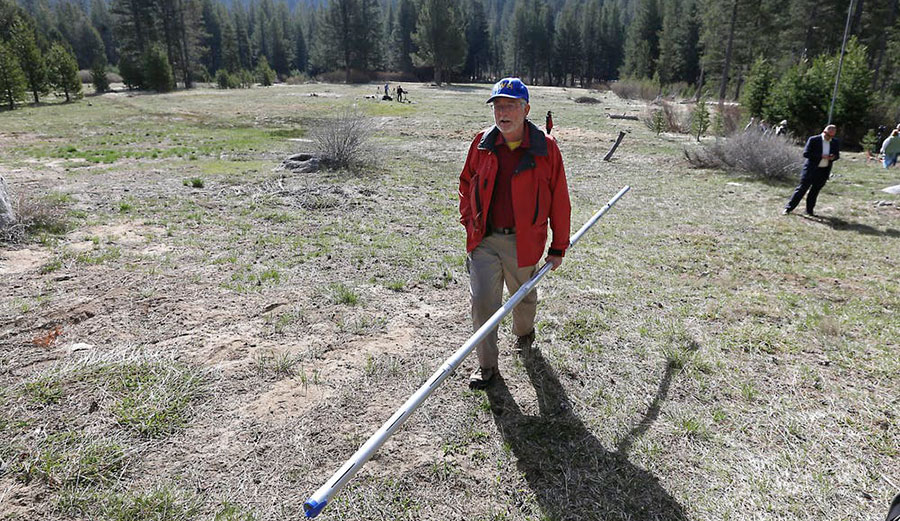 In our study, we defined snow droughts as years with snowpack low enough to have historically occurred only one out of every four years or less. Such events occurred recently in the Sierra Nevada between 2012-2015 and the Cascades in 2014-2015.

Researchers created the dataset we used by first running 10 global climate models – computer programs that simulate historical and future climate based on a number of factors, including atmospheric carbon dioxide concentrations.

Like all climate projections, our estimates include some uncertainty. Each global climate model produces slightly different results; by analyzing all 10, we can be more confident in our conclusions when most of them agree on projected changes.

#WildlifeWednesday For animals like hoary marmots, snowpack promotes foraging through the timing of melt-off by providing water for plants during the growing season. #USGS is studying how changing snowpack effects alpine species: https://t.co/5eiL1QIXEP pic.twitter.com/Afslgf3sBR

These models produce data with a resolution of hundreds of kilometers. That doesn’t provide detailed information about conditions in the mountainous parts of the western U.S., where conditions vary dramatically over much smaller scales. To solve this problem, the modelers used a process called downscaling to develop results with much higher spatial resolution – in this case, to grid cells that measured about six kilometers on a side.

Today, back-to-back snow droughts in the western U.S. occur around 7 percent of the time. By mid-century, if greenhouse gas emissions continue to increase, our results predict that multiyear snow droughts will occur in 42 percent of years on average. 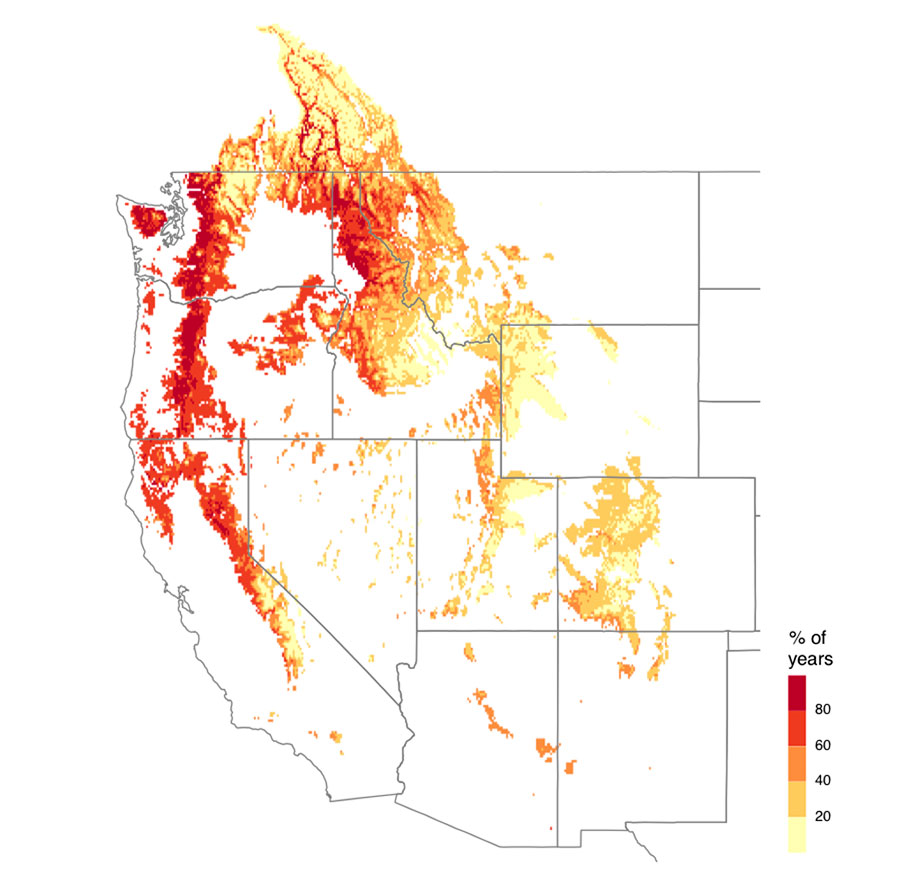 Under a high-emission scenario, the West could experience multiyear snow drought 42 percent of the time on average. Image: Marshall et al., 2019./CC BY-ND

In addition to projecting more frequent snow droughts, we also found that peak snowpack is projected to decline and become less variable in a warming climate across much of the mountainous West. This will mean there will be fewer very high-snow years to offset the impacts of low-snow years.

Another feature of changing snowpack is the timing of when it accumulates and melts. Generally, as the climate warms snow is melting earlier, which leads to earlier spring runoff and less water available in summer.

In our study, we also found that in many places the timing of peak snowpack is projected to become more variable from year to year. We developed an interactive tool that allows users to explore this data on their own.

Planning for the Future

Our results are based on a future in which the world continues to rely on fossil fuels. Reducing greenhouse gas emissions would limit the impacts on western snowpack that we project.

On the hike where all of my water sources were dry, I was saved by a kind stranger. The trail intersected a road, and a passing driver gave me some water. Global climate change won’t be solved so easily: Addressing these issues will require major coordinated efforts to limit future warming and manage Earth’s natural resources strategically to provide for society’s needs and environmental conservation.