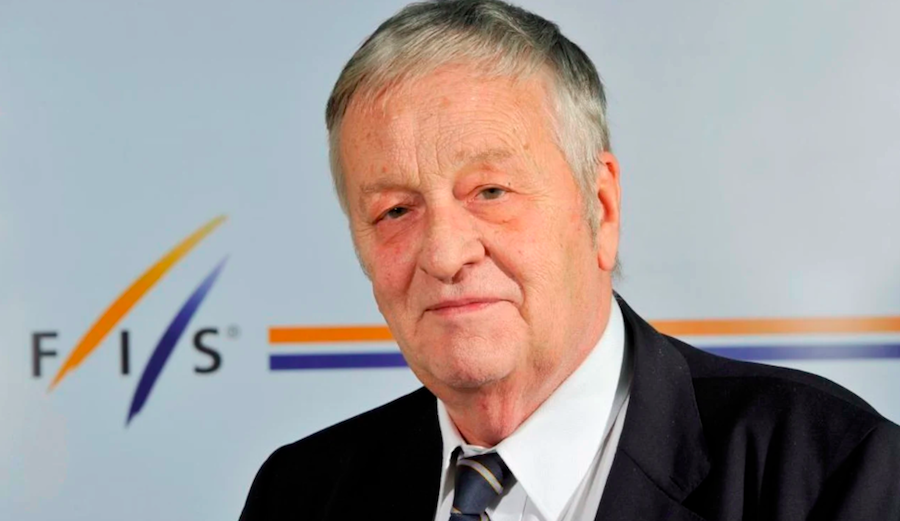 FIS President Gian Franco Kasper said there was no proof of climate change, and that it’s easier to host events where there are dictatorships in a sweeping interview this week. Photo: FIS

To mark the start of the Alpine World Ski Championships this week, Swiss newspaper Tages Anzeiger caught up with the president of the International Ski Federation (Fédération Internationale de Ski, FIS), Gian Franco Kasper, for a sweeping interview in which Kasper argued climate change does not exist and that it’s easier to run high profile events in countries run by dictators.

In the interview, the 75-year-old, who’s presided over FIS since 1998, criticized claims that artificial snow has an environmental cost.

“All discussions about how artificial snow is wasting water, that just does not stop,” he said. “Although, not a single drop is lost. The energy needed for it is different. But, in terms of wasting water, when you spray your garden the water is not gone once and for all.”

Kasper then made a passing reference to “so-called” climate change. When the reporter asked Kasper to clarify what he meant by “so-called,” he dug in.

“There is no proof,” he said. “We have snow, sometimes very much.”

Kasper went on to explain that during the Olympics in Pyeongchang, temperatures were especially frigid.

“At the beginning, it was minus 35 degrees [Celsius]. To anyone shivering around me, I said: ‘Welcome to global warming.'”

When asked if Switzerland would ever host another Olympics, Kasper explained that he thought it unlikely that any European country would host the Games again. He also said that it’s much easier to run events like the Olympics in countries ruled by dictators. “Dictatorships can perform such events,” he said. “They do not have to ask the people.”

Kasper’s comments have been met with serious backlash, and he has since apologized for his remarks.

Still, it’s not the first time the septuagenarian head of competitive skiing has found himself in hot water after troubling comments. Back in 2005, Kasper told NPR that women shouldn’t compete in ski jump events. “Don’t forget, it’s like jumping down from, let’s say, about two meters to the ground about a thousand times a year, which seems not to be appropriate for ladies from a medical point of view,” he said.

In the wake of Kasper’s most recent remarks, Protect Our Winters, the Colorado-based climate change advocacy group, is calling for his resignation.

“The snowsports community should be demanding climate action, and not tolerate those who dismiss science to remain in positions of leadership,” explained POW in an email. “That’s why we are asking the newly formed Outdoor Business Climate Partnership and the outdoor and snowsports community at large, all of whom rely on a stable climate to power our $887 billion industry, to join us in calling for Mr. Franco Kasper’s resignation.”