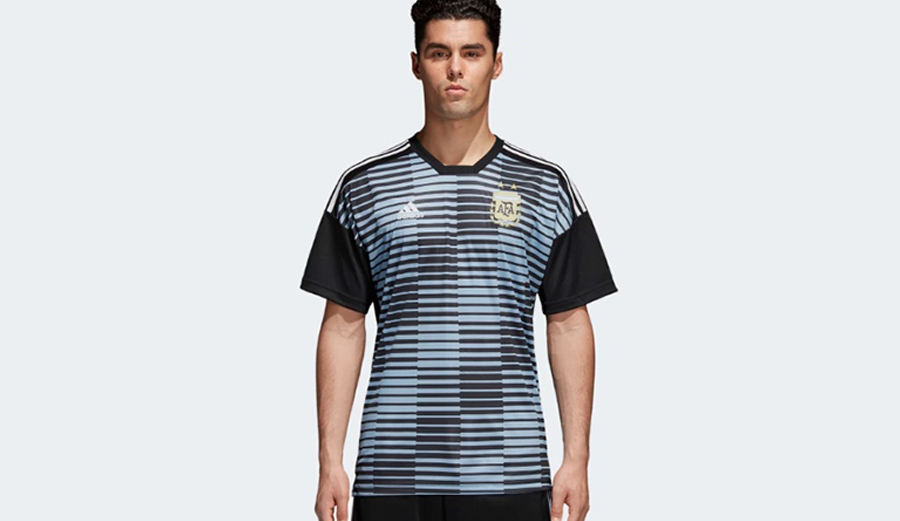 This World Cup, Adidas and Parley for the Oceans are making a powerful statement on ocean plastic pollution. Photo: Adidas

For years now, environmental non-profit Parley for the Oceans and Adidas have been kicking out an array of products made (at least in part) from plastic diverted from the oceans. What started with shoes has since evolved into making third kits for Adidas-sponsored soccer clubs like Bayern Munich and Manchester United. This summer, though, a handful of major international squads will walk out on various pitches in Russia during the world’s most widely televised soccer tournament, the FIFA World Cup, wearing ocean plastic pre-match jerseys – a powerful, albeit subtle, message about the scourge of global plastic pollution.

Beginning next Thursday (in the Western Hemisphere), the 2018 World Cup will officially kick off with all the anticipation and fanfare we’ve come to expect from the every-four-year tournament. The connection between surfing and soccer is non-existent (save the Futmesa tables at the Oi Rio Pro this year). But the impact of one of the world’s most popular sports (soccer that is) can have by raising awareness and spurring a conversation around ocean plastic pollution in the midst of the World Cup hysteria cannot be overstated.