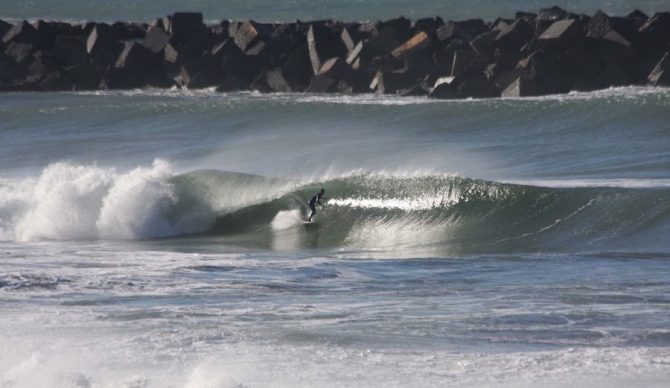 Zurriola Beach in San Sebastian has plenty of waves from the North Atlantic Ocean, and plenty of perfect days like this one. Photo: Antondegi Berdea-Olatuak Itsasoan

Wavegarden is now one of the most prolific creators of artificial waves in the world. Located in San Sebastián, Spain,  the brand has built facilities in the U.K., Brazil, Australia, South Korea, and landlocked Switzerland. Now Wavegarden wants to build a wave pool facility in its hometown, a surfer’s paradise in the northern Basque Country.

But local environmental groups are up in arms about the proposed project and the controversy has gotten heated. The conservation organization Antondegi Berdea-Olatuak Itsasoan is leading the opposition, citing environmental and surf culture concerns as to why they’re against a new San Sebastián facility. The organization compiled a detailed list of 15 reasons why it’s opposed to the project. You can click here for the full list. The Basque environmental group isn’t the only one opposed to the project. 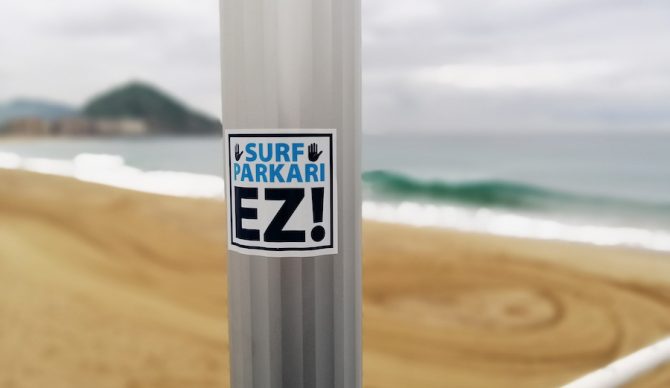 Josema Odriozola, CEO and Co-Founder of Wavegarden told The Inertia that when he and Wavegarden entered the picture, the city of San Sebastián had already slated the proposed site for some type of development. The city was using a proposal decision process to decide what would be built there (there were apparently several projects being considered).

Odriozola saw a Wavegarden facility as a great use of the land for many reasons. First, Wavegarden’s home office and facility in nearby Aizarnazabal is merely a prototype test facility and not open to the public due to its remote location and the impact it would have on the small town of 775 people (census numbers as of 2014). Wavegarden wants to transfer its equipment from Aizarnazabal to San Sebastián (a city of around 200,000), to be able to open the facility to the public.

Odriozola sees his proposed facility as a much more environmentally-friendly option than other types of sports facilities that could be placed in the location. “A public swimming facility takes much more resources to build and (more) energy to maintain than a Wavegarden,” he said, describing how the latest Wavegarden facility in Brazil was made entirely with a waterproof liner (rather than relying on poured concrete), which makes it easier to reclaim water from rainfall. He also says Wavegarden is working on developing solar systems capable of producing 100 percent of the energy the facilities require to run.

The location for the wave pool in question is a nature area called Antondegi, nestled on the outskirts of San Sebastián. According to the statement from Antondegi Berdea-Olatuak Itsasoan, it’s a vital habitat and migration corridor for many types of animals, some of which are endangered species. Another problem the environmental group has with the location is that it’s just five kilometers from the ocean, and 25 kilometers from that separate Wavegarden pool in Aizarnazabal. The group calls building a pool so close to natural waves “absurd” and with another artificial pool only 25 kilometers away, they feel the new construction site is “unnecessary.” Odriozola addressed the fact that the Aizarnazabal equipment – the brand’s testing facility – will now be moved to the new facility in San Sebastián (above). (Again, the Aizarnazabal wave pool has never been open to the public.) 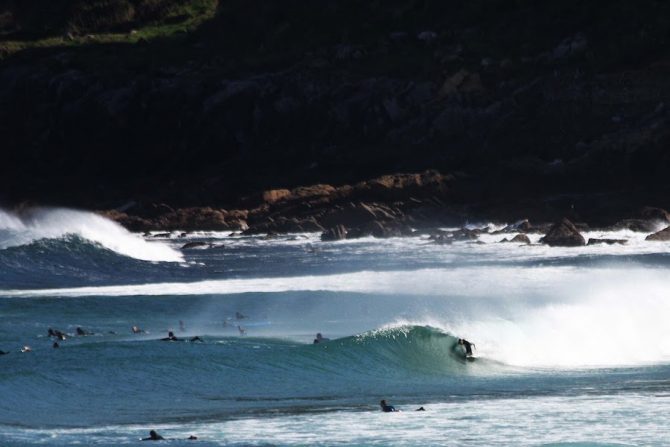 From a surf culture standpoint, the question of whether or not it will reduce overcrowding is somewhat ambiguous. Wavegarden claims that its facility will help reduce the issue and the Antondegi environmental group claims it will contribute to overcrowding by drawing in more surfers. There’s a lot at stake with this particular issue. One of the few things the two groups can agree on is that San Sebastián is one of the most overcrowded surf spots in Europe, and perhaps the world. Wavegarden claims that its facility can help. “Imagine if a new wave was somehow discovered close by to San Sebastian, that could not but be a positive,” Odriozola said.

However, Antondegi Berdea-Olatuak Itsasoan argues that wave pools don’t fix surfing’s overcrowding problem, citing a well-known German mathematician and a model he made for expanding or building new roads as a way to reduce traffic (which didn’t work). “The mathematical models created by Dietrich Braess show that the creation of new roads, or expansion of current ones, do the exact opposite of reducing traffic. They have a ‘suction effect’ that pulls in more vehicles.” Antondegi Berdea-Olatuak Itsasoan says that when applied to wave pools, “An artificial wave installation with all of its leisure infrastructure (camping, restaurants, shop, etc.) creates a powerful ‘pull’ effect and will (in turn) create mass tourism incompatible with sustainable development.” Without actual surf-related numbers to back either side, it’s hard to say which is correct. Will a wave pool in San Sebastián reduce the number of people in the ocean, or draw in more surfers to further crowd already-crowded breaks?

Another related concern brought up by the Antondegi environmental group is that such a facility will contribute to an elitism in surfing, reinforcing it as a sport reserved for those who can pay to play, pointing to the high costs to surf at other wave pools around the world. However, Odriozola believes that he can offer the public sessions for 20 euros, compared to about 60-euro sessions at UK waves such as “The Wave” and “Adventure Park Snowdonia.” He says that furthermore, with such overcrowding in the ocean, underrepresented groups in the water such as women, foreigners, and older or younger surfers are the ones who struggle the most to get waves. “A Wavegarden would produce a level playing field for these groups to surf in,” Odriozola said. 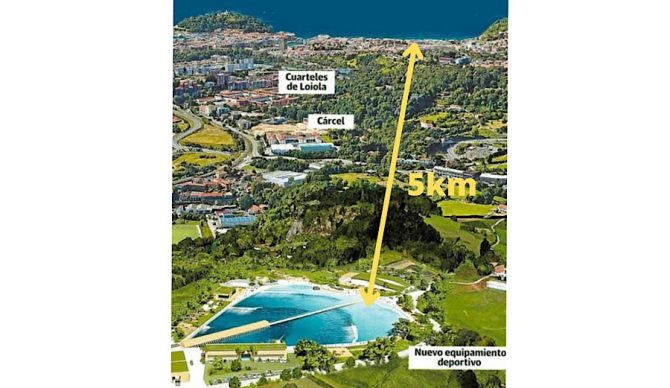 The location remains the main issue, and one that isn’t likely to be solved soon, with two independent environmental reviews being conducted by the city of San Sebastián to determine how much of an impact developing that piece of land would have. Odriozola told us his feelings were fairly inconclusive about the location, and should the proposed site prove to be too important, he’d gladly support having the facility elsewhere. However, in a follow-up email the Antondegi environmental group stated that they “doubt the independence and rigor of this possible environmental impact report, since in Spain this type of report is usually mere bureaucratic procedure with a very low level of rigorousness.”

It’s worth recognizing how polarizing the wave pool movement has become. To many, they represent the forefront of surf industry innovation, a way to bring surfing to landlocked locations, a place to work on skills when the waves aren’t good, and even level the playing field in a pursuit often dominated by white males. But to others, wave pools are the ultimate representation of the sport’s corporatization and an environmental catastrophe.

The proposed wave pool in San Sebastián has become equally polarizing, with no clear solution in sight.