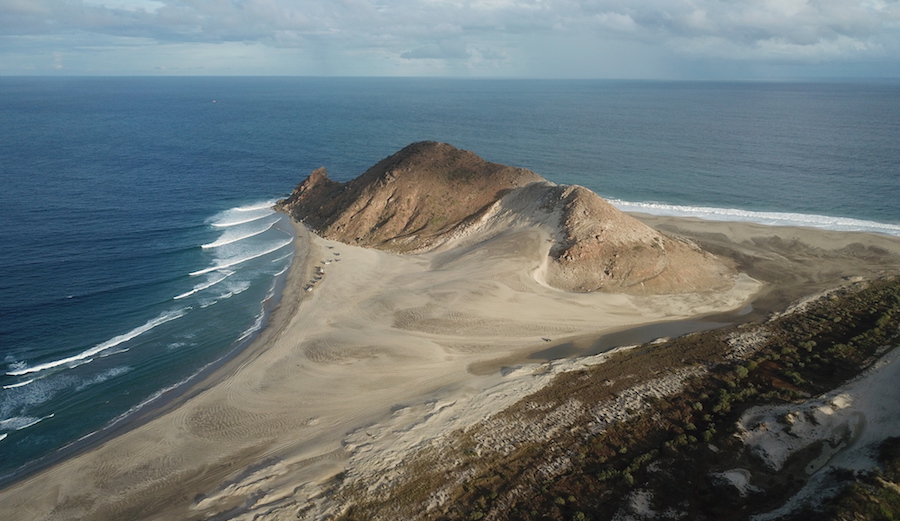 There’s a cloud that hangs over Dana Point’s surf culture that the town hasn’t been able to shake since 1966. Ask any local surfer – even those born decades after the 1960s – and they’ll tell you the destruction of Southern California’s preeminent pointbreak, lovingly referred to as “Killer Dana,” in order to build a harbor was an absolute tragedy. Generations later, a hole still exists in the Dana Point surfer’s imaginary.

Sadly, from Killer Dana to Mundaka, surf spots that have either gone extinct or been severely impacted by development is a story surfers know all too well – Mundaka, for instance, has only recently begun to recover. That’s precisely why the surfer-run conservation organizations like Save the Waves, Wildcoast and other local partners are stepping in to protest a proposed port development project that could kill one of mainland Mexico’s best pointbreaks, Punta Conejo.

According to a petition Save the Waves launched on Change.org last week, in 2018 the Mexican government announced a development plan for the Isthmus of Tehuantepec, and it’s currently mulling the construction of a breakwater and port in Salina Cruz, Oaxaca. The organization says the project will kill the wave and surrounding habitat of the iconic right point there. In addition to environmental considerations, Save the Waves argues, as a high-quality wave the place is a major economic driver for the region – a revenue source that will be lost if the wave is destroyed.

The idea that quality surf can be a valuable economic resource and drive tourism isn’t new in the slightest. In 2008, Save the Waves sought to quantify the economic impact of a dredging project in Spain that radically changed Mundaka leading to the loss of the annual Billabong contest there. All told, the study estimates anywhere between $1 million and $4.5 million in revenue lost to the local economy as a result of the project.

“Punta Conejo is a national treasure and should be protected,” Mara Arroyo, Mexico Regional Manager with the Save the Waves Coalition said in a statement. “While we recognize that a port expansion in the area may be necessary, we implore that the authorities pursue other viable project alternatives and recognize the cultural, biological, and economic resources that Punta Conejo provides.”

Learn more on Save the Waves’ website and check out the petition here.