Report: Global Use of Renewable Energy Will Soar By 2050 (But So Will CO2) 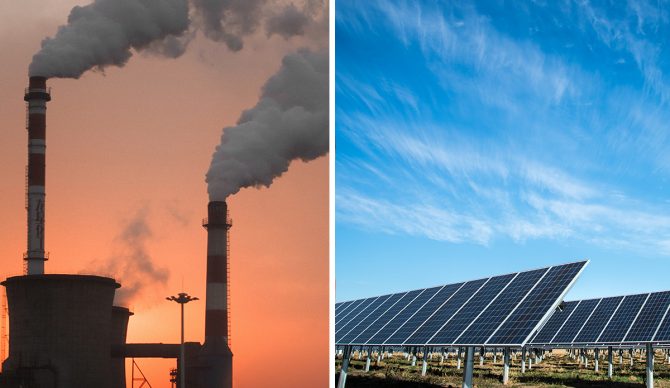 According to new data and projections from the U.S. Energy Information Administration, our global dependence on renewable energy sources will grow drastically over the next 30 years. While many will argue that’s good news, plenty will also argue it’s not enough good news.

The greater adoption of renewable energy sources will be led by solar power, they say, with 50 percent of global electricity coming from that and other renewable sources like wind by 2050. By comparison, they reported that wind, solar, and hydro accounted for just 28 percent of energy use in 2018.

“Resource availability, renewable policies, regional load growth, and declining technology costs drive EIA’s projected increase in global electricity generation from solar technologies,” they wrote. “As more solar power systems have been installed, installation costs have experienced the steepest cost declines of all renewable technologies in recent years, and EIA expects that they will continue to decline as a result of learning-by-doing effects.”

The caveat that came with the administration’s published report this week is that the data predicts carbon dioxide emissions will keep rising as well. At a rate of  0.6 percent per year from 2018 to 2050, energy-related CO2 emissions will grow over the next three decades. All of that growth will come from nations outside of the Organization for Economic Cooperation and Development (OECD), a 36-member organization formed in 1961 that made up 62.2 percent of global nominal GDP and 42.8 percent of global GDP as of 2017. And even though its reliance on energy from CO2-emitting sources won’t grow, the EIA predicts the United States will remain the largest emitter of energy-related CO2 emissions among OECD members and the largest emitter of natural gas-related emissions among all countries. 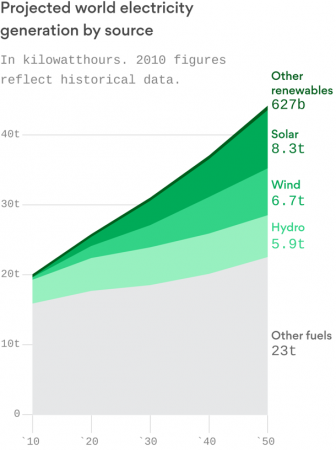