Researchers Estimate Up to 14 Million Tons of Microplastics Lie on the Seafloor, But It’s Worse Than They Thought 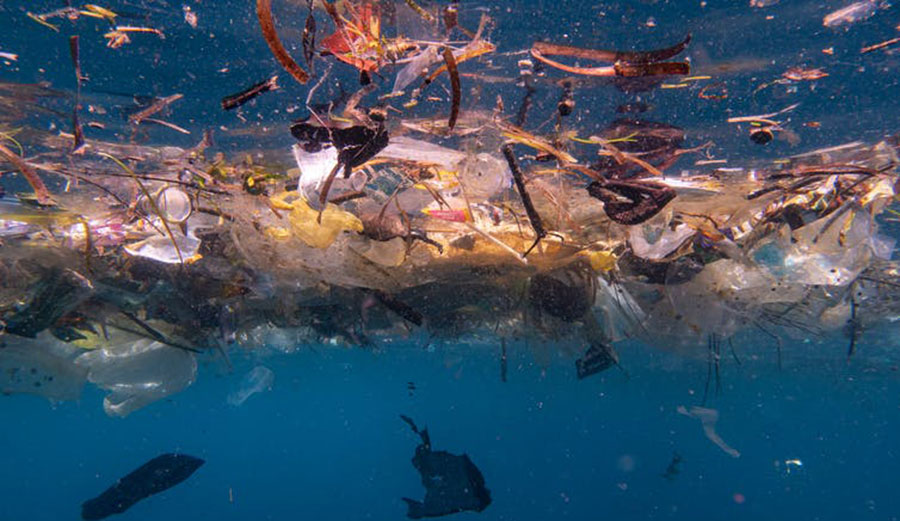 The ocean is full of our garbage. Even more full than researchers thought. Photo: Shutterstock

Nowhere, it seems, is immune from plastic pollution: plastic has been reported in the high Arctic oceans, in the sea ice around Antarctica, and even in the world’s deepest waters of the Mariana Trench.

But just how bad is the problem? Our new research provides the first global estimate of microplastics on the seafloor — our research suggests there’s a staggering 8-14 million tonnes of it.

This is up to 35 times more than the estimated weight of plastic pollution on the ocean’s surface.

What’s more, plastic production and pollution is expected to increase in the coming years, despite increased media, government, and scientific attention on how plastic pollution can harm marine ecosystems, wildlife, and human health.

These findings are yet another wake-up call. When the plastic we use in our daily lives reaches even the deepest oceans, it’s more urgent than ever to find ways to clean up our mess before it reaches the ocean, or to stop making so much of it in the first place.

Breaking down larger plastic
Our estimate of microplastics on the seafloor is huge, but it’s still a fraction of the amount of plastic dumped into the ocean. Between 4-8 million tonnes of plastic are thought to enter the sea each and every year.

Most of the plastic dumped into the ocean likely ends up on the coasts, not floating around the ocean’s surface or on the seafloor. In fact, three-quarters of the rubbish found along Australia’s coastlines are plastics. 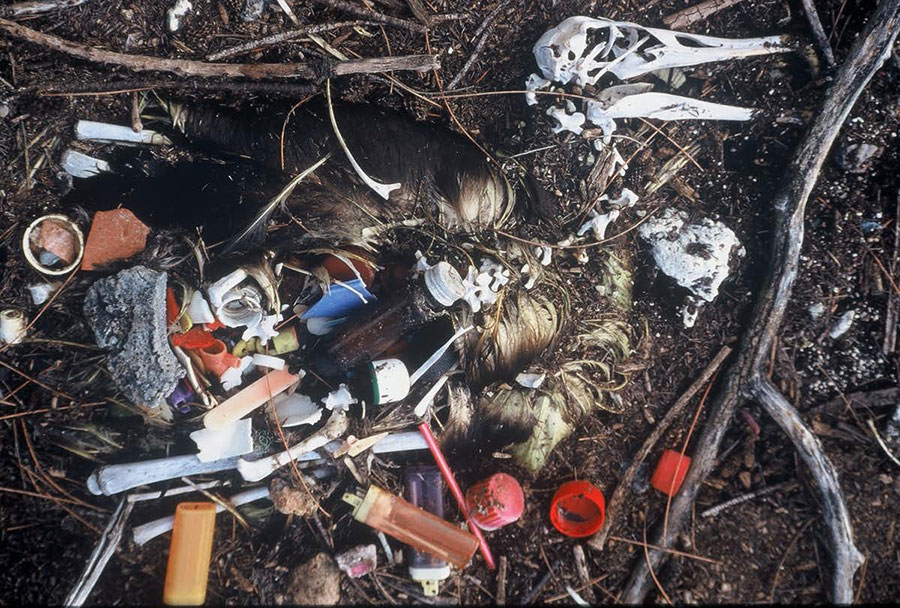 Plastic including toothbrushes, cigarette lighters, bottle caps, and other hard plastic fragments are found in the stomachs of many marine species. Photo: Britta Denise Hardesty

The larger pieces of plastic that stay in the ocean can deteriorate and break down from weathering and mechanical forces, such as ocean waves. Eventually, this material turns into microplastics, pieces smaller than 5 millimeters in diameter.

Their tiny size means they can be eaten by a variety of marine wildlife, from plankton to crustaceans and fish. And when microplastics enter the marine food web at low levels, it can move up the food chain as bigger species eat smaller ones.

But the problem isn’t as well documented for microplastics on the seafloor. While plastics, including microplastics, have been found in deep-sea sediments in all ocean basins across the world, samples have been small and scarce. This is where our research comes in. 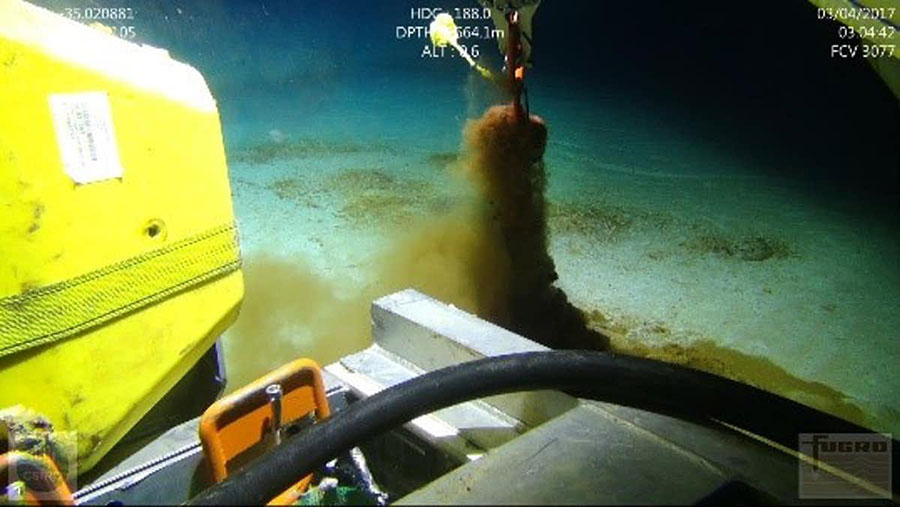 While our study looked at one general area, we can scale up to calculate a global estimate of microplastics on the seafloor.

Using the estimated size of the entire ocean — 361,132,000 square kilometers — and the average number and size of particles in our sediment samples, we determined the total, global weight as between 8.4 and 14.4 million tonnes. This range takes into account the possible weights of individual microplastics.

How did the plastic get there?
It’s important to note that since our location was remote, far from any urban population center, this is a conservative estimate. Yet, we were surprised at just how high the microplastic loads were there. 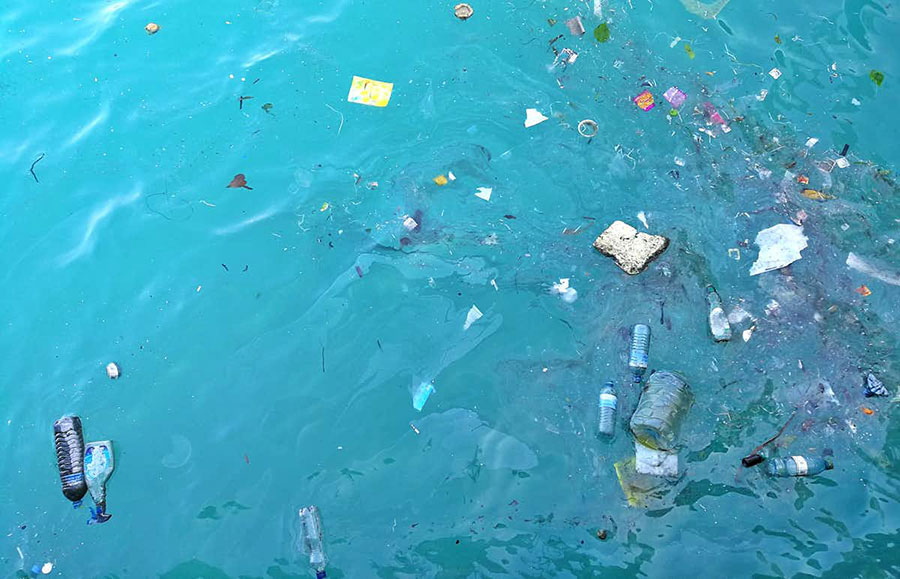 Areas with floating rubbish on the ocean’s surface have plastic on the seafloor. Photo: Shutterstock

Few studies have conclusively identified how microplastics travel to their ultimate fate.

Larger pieces of plastic that get broken down into smaller pieces can sink to the seafloor, and ocean currents and the natural movement of sediment along continental shelves can transport them widely.

But not all plastic sinks. A 2016 study suggests interaction with marine organisms is another possible transport method.

Scientists in the US have shown microbial communities, such as bacteria, can inhabit this marine “plastisphere” — a term for the ecosystems that live in plastic environments. The microbes weigh the plastic down so it no longer floats. We also know mussels and other invertebrates may colonize floating plastics, adding weight to make them sink.

The type of rubbish will also determine whether it gets washed up on the beach or sinks to the seafloor.

For example, in a previous study, we found cigarette butts, plastic fragments, bottle caps, and food wrappers are common on land, though rare on the seabed. Meanwhile, we found entangling items such as fishing line, ropes, and plastic bags are common on the seafloor. 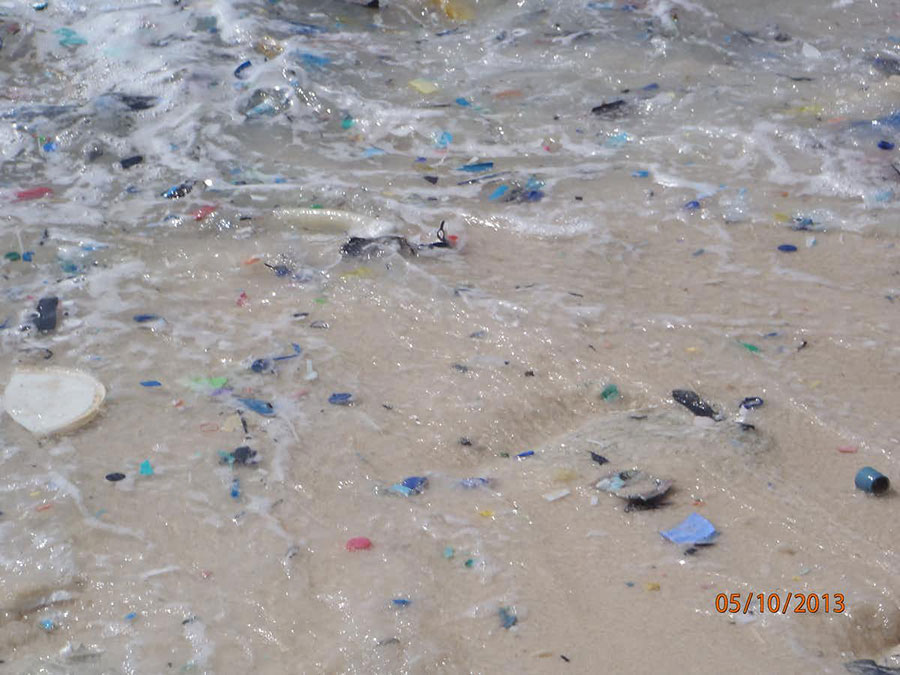 We were surprised at just how high the microplastic loads were in such a remote location. Photo: CSIRO

Interestingly, in our new study, we also found the number of plastic fragments on the seafloor was generally higher in areas where there was floating rubbish on the ocean’s surface. This suggests surface “hotspots” may be reflected below.

It’s not clear why just yet, but it could be because of the geology and physical features of the seabed, or because local currents, winds, and waves result in accumulating zones on the ocean’s surface and the seabed nearby.

Stop using so much plastic
Knowing how much plastic sinks to the ocean floor is an important addition to our understanding of the plastic pollution crisis. But stemming the rising tide of plastic pollution starts with individuals, communities, and governments – we all have a role to play.

Reusing, refusing and recycling are good places to start. Seek alternatives and support programs, such as Clean Up Australia Day, to stop plastic waste from entering our environment in the first place, ensuring it doesn’t then become embedded in our precious oceans.