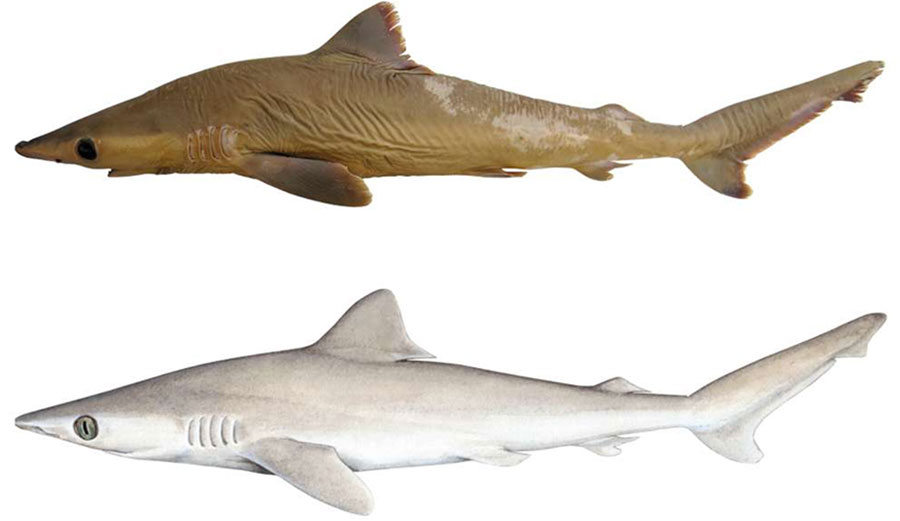 The newly described Lost shark was thought to be a Borneo shark until researchers took a closer look. Image: PLOS One

It’s a brand new year, and with it comes a brand new shark. Well, not new exactly, but newly discovered. In fact, it hasn’t even been spotted in the wild for nearly a century.

It’s called a Carcharhinus obsolerus, or simply a Lost shark for obvious reasons. Researchers looked at three specimens that were preserved in ethanol way back in the ’30s, which, at the time, were thought to be Borneo sharks. Interestingly, the Borneo shark was thought to be extinct until one was documented in 2004.

Upon closer examination, however, the researchers found that the three sharks had a few differences: the morphology of the teeth and the shape of the nose and eyes. A newly discovered shark is actually pretty common. in the decade after the turn of the century, nearly 200 new species of sharks and rays were named. According to IFLScience, “roughly 20 percent of current living sharks and rays have been described since 2002.”

It’s thought that the Lost shark lived in the waters around Southeast Asia, although researchers can’t know for certain. The area has been heavily fished for decades, a fact that concerns researchers. “There is an urgent need to assess its extinction risk status for the IUCN Red List of Threatened Species,” wrote the authors of the journal that described the new species. “With so few known records, there is a possibility that Carcharhinus obsolerus has been lost from the marine environment before any understanding could be gained of its full historic distribution, biology, ecosystem role, and importance in local fisheries.”