As a Mother and a Skier, I’m Voting in Favor of Washington’s Carbon Fee 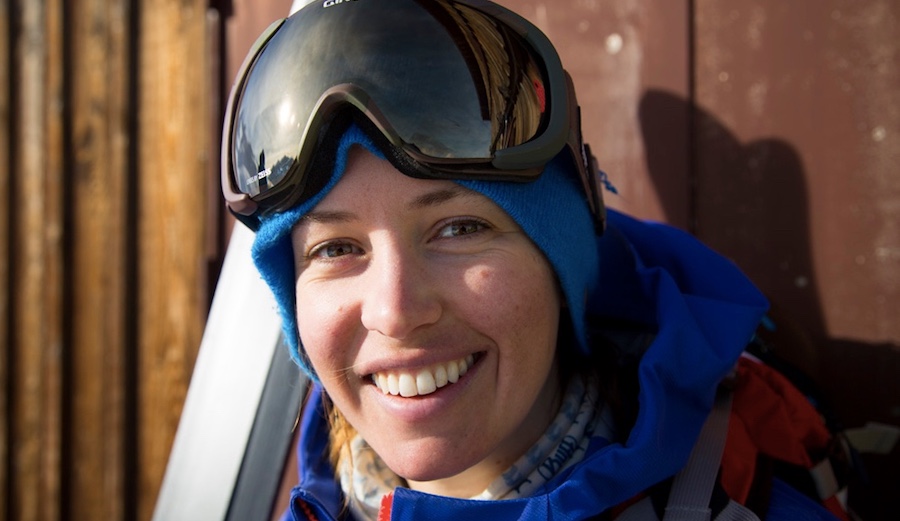 “As an outdoorswoman, climate change concerns me. As a mother, it compels me to act.” Photo: Courtesy of Völkl Skis

Fall is a time of anticipation for Washington skiers and snowboarders as we wax our boards, jog in the rain, plan ski trips, and wonder if this will be a good snow year. To help ensure our incredible Washington winters continue, this November, we can add another task to our pre-season preparations: voting.

Winters in the northwest have changed dramatically since my childhood when abundant snow in the Cascades seemed a given. We lived south of Seattle when I was growing up, and every winter weekend my parents took our family to Crystal Mountain. We camped in the parking lot, skied all day, and played in the deep snow until way past dark. Washington’s snowy peaks enriched my childhood and shaped my identity.

As a young racer, I trained at night at Snoqualmie Pass, which frequently opened by Thanksgiving. These days, we breathe a sigh of relief if the ski season begins before Christmas. As a coastal range, the Cascades straddle the line between snow and rain, and the balance is tipping as temperatures rise and patterns change.

After college, skiing took me away from Washington as the skills grown here, at Crystal and racing for Whitman College, helped me become a professional skier. It was an accidental career that allowed me to visit mountains around the world where I witnessed the changes taking place in northern latitudes and alpine environments.

Visiting Baffin Island, north of the Arctic Circle, for example, I met an older Inuit man who told me that his community could no longer hunt or fish as the sea ice was no longer safe or reliable to travel upon. His family’s cultural traditions and way of life passed down through generations were dying with every degree of warming.

Now, married with two young daughters and living in Central Washington, I think back to the outdoor adventures of my youth —fishing, camping, backpacking, swimming, skiing, playing in the woods, learning the balance between freedom and responsibility— and I wonder if my girls will have the same opportunities.

That is why I urge all outdoor enthusiasts whose lives are enriched by our state’s big nature, wildlife, forests, peaks, rivers, and coastline to turn their passion into purpose and vote yes on November 6 for Initiative 1631 in my home state of Washington, and if you reside elsewhere to learn more about the issues specific to your state. Across the country, our ballots are full of initiatives that we as voters can pass to better the environment.

If Washington voters approve it, I-1631 will require the state’s biggest carbon polluters to pay a fee that would be invested in clean air, healthy forests, and clean waters — all of which are economic engines for the state of Washington. Even more, we have the opportunity to lead the U.S. in responsible policy: this would be the first direct fee on carbon polluters in the nation!

Outdoor recreation here generates $26 billion in consumer spending and creates 201,000 jobs, according to the Outdoor Industry Association. I-1631 will invest in the future of this healthy outdoor economy. It will also ramp up investments in solar and wind energy, which, combined with our abundant hydropower, would make Washington a leader in renewable energy technology and job creation.

To me, collecting a fee for emissions from finite energy sources and putting it towards renewable energy is a matter of common sense. Additionally, I-1631 strives for fairness: it will devote funds to help the state’s poorest residents, who will suffer the most from increased warming, according to a recent University of Washington study.

The UW study also echoed the recent report from the UN Intergovernmental Panel on Climate Change that called for the rapid reduction of carbon pollution to prevent more warming and climate disruption in the coming decades. As an outdoorswoman, that concerns me. As a mother, it compels me to act.

For skiers, snow is a gift. But more importantly, what I’ve learned from a lifetime in the mountains is that snow is water and water is life. From agriculture to energy, or as a buffer against wildfires, we rely on our snowpack to sustain our way of life. Water is the most precious resource we leave our children, and that’s the most important lesson learned from a life on snow.

Editor’s note: On November sixth, the state of Washington will go to the polls to decide whether it will become the first state in the nation to institute a carbon fee. The initiative has been endorsed by the likes of Microsoft, the New York Times, REI, and more. You can learn more about I-1631 here. You can also get a personalized voter guide no matter what state you live in courtesy of Protect Our Winters Action Fund here. And be sure to make a plan to vote next Tuesday!