Study Calls for Canada to Ramp Up Ocean Protection By 30% 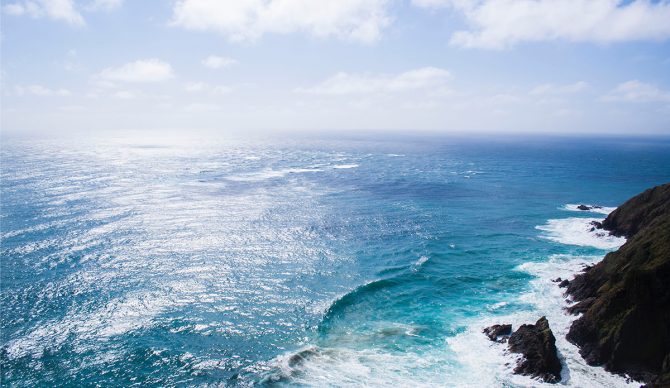 Canada contains one of the world’s top ten largest Exclusive Economic Zones, a sea zone dictated by the United Nations which gives a country or state rights in regard to exploration and use of marine resources. By extension, this means they contribute quite a bit to the overall health of our oceans as well as deriving a significant contribution to the national economy with more than 100,000 Canadian jobs directly tied to fisheries and nearly 60,000 to ocean ecotourism, according to Statistics Canada. Canada, of course, borders the Atlantic, Pacific, and Arctic oceans with nearly six million square kilometers of coastline.

According to a report from the Canadian Parks and Wilderness Society (CPAWS), they need to step up efforts to protect more of it — thirty percent more, to be exact.

In 2010, Canada signed on to the UN’s Convention on Biological Diversity, committing to protect 10 percent of its ocean territory by 2020. While that doesn’t sound like much now, what’s crazy is that just two years ago Canada had only protected one percent of its ocean territory but was still on track to reach the 10 percent goal on schedule. It’s a positive trend overall but the CPAWS report cited a May study from the International Science-Policy Platform on Biodiversity and Ecosystem Services suggesting that marine species’ rates of survival have worsened in that same time frame.

“Canada has done more to protect the ocean in the last three years than ever before in history,” the organization wrote in a tweet to promote its report Monday. “Eight times more protected ocean area, new minimum standards for protection.”

CPAWS 2019 Ocean Report, #DareToBeDeeper, finds that Canada has done more to protect the ocean in the last three years than ever before in history – 8X more protected ocean area, new minimum standards for protection. https://t.co/U1A1srNvlS #CPAWS #30by30

“Thirty percent is the minimum that scientists recommend we protect to give marine species the best possible hope of survival,” said Canadian Parks and Wilderness Society National Oceans Program Director Sabine Jessen, calling for increased protection and seriously upping the ante. “This goal is absolutely achievable for Canada, given the amount of preliminary work that has already occurred to identify future marine areas for conservation. Eventually, we need to get to 50 percent. What is required is the political will to keep moving forward. We already know that Canadians strongly support increasing the level of ocean protection.”

The report includes banning oil, gas or mineral projects, not dumping waste, and ruling out bottom-trawling fisheries as ocean-protecting efforts, and they could get more than halfway to that 30 percent recommendation simply by executing existing projects put in place to protect marine life.