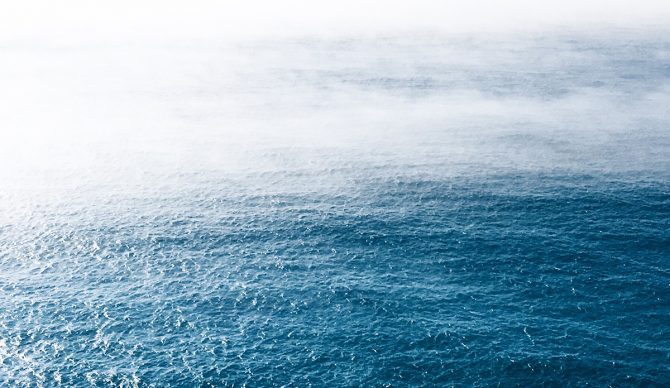 A new study published in the journal Nature says that rates of climate change will vary in different parts of the ocean, and in particular, some of its deepest parts will change at a rate seven times higher than current changes by the second half of the century.

“But what does that meeeeeeaaaaaaaan?”

As a body of work, climate change studies have a knack for painting impending doomsday scenarios when researchers lay out their headline findings. But it’s often tough to understand the literal significance of any new deadline, scale, or rate of change scientists are exploring. In this case, the varying rates of climate change throughout the ocean will have a cascading effect on marine life based on which layer or depth a species lives in. Their doomsday-sounding conclusion on this one is that there’s really no amount of carbon emissions reductions that can reverse the rate of change – and thus the impact climate change will have on deep sea life.

“Marine life in the deep ocean will face escalating threats from ocean warming until the end of the century, no matter what we do now,” said Isaac Brito-Morales, the study’s lead author and a researcher at the University of Queensland. “Because the deep ocean has a more stable temperature, any small increase will have an impact on species – they’re more at risk than those at the surface.”

Brito-Morales’ team studied what’s called climate velocity, which is a speed that species need to move from one ocean layer to another in order to stay in temperature ranges they’re adapted to. And as marine life has to move in order to stay in its preferred climate, the animals that move regularly within different layers will actually be impacted the most. Tuna, for example, live between 200 and 1,000 meters deep but rely heavily on plankton species closer to the surface, according to Professor Anthony Richardson, one of the study’s authors. Since the oceans are so large and have already stored so much heat, the warming effects that have already taken place near the surface will inevitably mix into deeper waters, changing the environment for each species that lives there, and so on the deeper we go, perhaps causing them to move abnormal distances for food, which could have serious affects on the way these species live and survive. Right now, this effect already causes species to shift through all layers of the ocean and at different speeds.

The researchers realized that cascading effect is inevitable by studying climate models at different depths of the ocean and then observing the climate velocity under three different future scenarios. In one model, our carbon emissions drop immediately. In another, emissions begin to fall by the middle of the century. And in the final model, emissions continued to rise through the rest of the 21st century. In the best-case scenario, where carbon emissions start to fall immediately, the mesopelagic layer between 200 meters to one kilometer under the ocean’s surface will see changes in climate velocity from about six kilometers per decade to 50 kilometers by the year 2050, while the surface change will be half that rate in the same time period. At depths between 1,000 and 4,000 meters, climate velocity will be triple current rates, and so on.