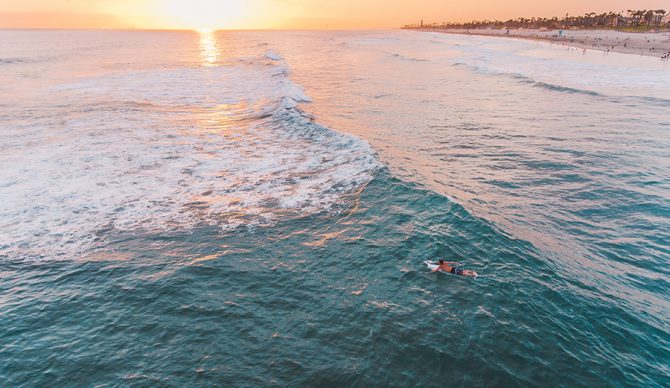 Do you want the places you love to be protected. Photo: Eric Saunders//Unsplash

Last month, you might have missed the fact that the United States’ Supreme Court reinstated a June 2020 environmental (de)regulation flouting the 50-year-old Clean Water Act, a mere five months after remanding it. It was a blow to all who value safe water (shouldn’t that be everyone?).

The Trump-era ruling circumvents state and indigenous authority (under the Clean Water Act’s Section 401) to administer and require water-quality certifications for any developments taking place within their jurisdiction that may result in discharge into U.S. waterways — a basic enough consideration on behalf of local residents and ecosystems, no?

Citing no more than what it calls its “shadow docket,” a procedure allowing for less-than-regular due diligence reserved for emergency decisions, SCOTUS granted a stay in favor of Louisiana, et al., in Louisiana, et al. vs. American Rivers in a 5-4 ruling.

Following the ruling, the Supreme Court offered neither signatures nor reasons for what it evidently deemed “extraordinary circumstances.”

Pending appeal, the decision could open the floodgates of hazardous materials into marine and fresh waters across the U.S.: oil, gas, mineral, and metal deposits — you name it — all at the sole discretion of federal licensing with no local, state, or tribal oversight.

“The Supreme Court’s recent decision is legally unsound and disappointing,” Staley Prom, a legal associate at the Surfrider Foundation, told me.

“It essentially allows the prior Administration’s water quality certification regulations to stay in place pending an appeal challenging the rule.” Prom says, “The 2020 rule constricts states and tribes’ authority to protect waterways within their jurisdictions from projects that require federal licensing, like harmful oil and gas pipeline projects, and therefore puts our coastal recreational waters at greater risk.”

Two years into a pandemic and two months into the war in Ukraine and rising fuel prices, it’s understandable how the waterway-adjacent public could find reason to appreciate an attempt to expedite infrastructure development that might help lower the financial strain of recent spikes in fuel costs and more.

However, this is nothing short of an egregious omission of a critical and fundamental due process on behalf of everything upon the Clean Water Act was created, which turns 50 years old this fall. The protection and conservation of natural habitat from rivers, lakes, and streams to seafood stocks, and, yes, our beloved surf breaks, is all at stake until a final, revised ruling is issued, likely not until 2023 (per the United States’ Solicitor General).

Justice Kagan’s letter announcing her and four other Justices’ dissent, “the applicants have not identified a single project that a State has obstructed in the five months since the District Court’s decision.”

“Still more,” she writes, “they have not cited a single project that the court’s ruling threatens, or is likely to threaten, in the time before the appellate process concludes.”

According to the Surfrider Foundation, “The EPA has indicated concerns with the rule and that it’s working to address those concerns with a new rulemaking. Surfrider strongly supports states’ and tribes’ rightful, broad authority under the Clean Water Act’s Section 401 water quality certification process to protect their waters and public health.”

Regardless of the EPA’s requirements, it will remain up to the high court to uphold this all-too-imperative federal law keeping us one not-insignificant step further from paddling out amongst any more industrial refuse than we already might find.

After all, is upholding a little local authority too much to ask in the face of industrial lobbying on behalf of already largely unfettered big-business interests?