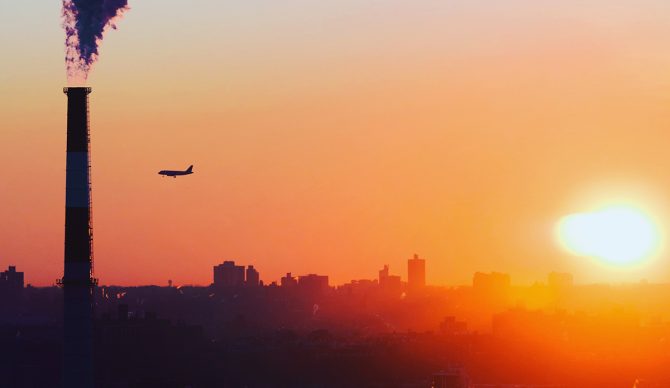 On March 26th, 2020, the Environmental Protection Agency (EPA), the organization responsible for enforcing environmental standards to protect clean air, clean water, and the health of the environment, announced it would loosen certain regulations in response to the global COVID-19 crisis. According to the New York Times, the move is a response to businesses pleading for pardon while navigating the unknown climate of the COVID-19 epidemic and restructuring operations accordingly.

“The consequences of the pandemic may constrain the ability of regulated entities to perform routine compliance monitoring, integrity testing, sampling, laboratory analysis, training, and reporting or certification,” the EPA wrote, acknowledging that layoffs and even adhering to social distancing practices will impact company’s abilities to comply with some of the agency’s existing standards.

The new directive, led by Sudan Bodine (Assistant Administrator) states that the EPA does “not expect to seek penalties for violations of routine compliance monitoring, integrity testing, sampling, laboratory analysis, training, and reporting or certification obligations in situations where the EPA agrees that COVID-19 was the cause of noncompliance.”

In laymen’s terms, the shift allows for factories, power plants, production facilities, and other producers to self-regulate in reporting air and water pollution and waste management practices indefinitely. Typically, companies are expected to report when they discharge certain levels of pollution into water or airways. Amid the epidemic, looser regulatory language hands that regulatory authority to state offices. If the EPA agrees that COVID-19 was the cause of non-compliance and there is sufficient documentation, fines won’t be issued for violating specific air, water, and hazardous-waste standards. All claims will be decided on a case-by-case basis, the agency says, with a focus “on situations that may create an acute risk or imminent threat to public health or the environment.”

The shift marks the first time in history that regulations outlined in the Clean Water Act and Clean Air Act have been jeopardized at this level.

Critics of the move include Cynthia Giles, the EPA’s former head of enforcement during the Obama administration, who described the EPA’s actions as “an abdication of responsibility to protect the public.”

“This EPA statement is essentially a nationwide waiver of environmental rules for the indefinite future,” Giles wrote in a statement to The Hill. “It tells companies across the country that they will not face enforcement even if they emit unlawful air and water pollution in violation of environmental laws, so long as they claim that those failures are in some way ’caused’ by the virus pandemic. And it allows them an out on monitoring too, so we may never know how bad the violating pollution was.”

“During this extraordinary time, the EPA believes that it is more important for facilities to ensure that their pollution control equipment remains up and running and the facilities are operating safely, than to carry out routine sampling and reporting,” agency spokeswoman Andrea Woods told The Hill in response.

The EPA’s regulatory change is just one example of how COVID-19 can impact how pollutants are regulated. The American Petroleum Institute, for example, submitted a letter to  President Trump almost a week prior, requesting lax enforcement on practices like repairing leaky equipment during this time.

While it’s prudent to take care of people, it’s also prudent to take care of our environment. Public health and environmental health have always been intertwined, especially when air quality and respiratory challenges are placed front and center. Vulnerable populations that live near polluting facilities may face an even higher risk if air quality is further compromised. That same reasoning prompted Senators Elizabeth Warren (D-MA) and Ed Markey (D-MA) to send a letter to the EPA demanding answers to six questions by April 17 and calling out President Trump’s administration for using “this global public health crisis as cover to weaken regulations that protect our nation’s air, water, lands, climate, and public health, especially considering that ‘poor air can also cause lung inflammation that could worsen the symptoms of COVID-19′”

“It’s absurd that Donald Trump and former coal lobbyist Andrew Wheeler are using this public health and economic crisis as a cover to roll back environmental laws,” Warren told Buzzfeed News. “The government should be focused on protecting public health now, not making it worse.”

But even with loosened guidelines and oversight, the language built into major EPA regulations still allows for citizen suits. If any issues arise or things get drastically out of hand, organizations and individuals can take legal action for violations of federal environmental law.