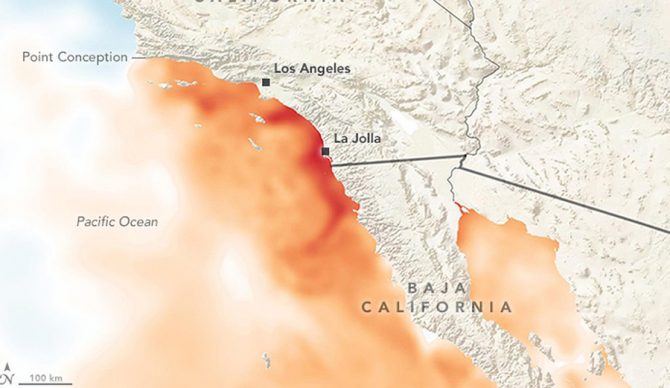 In the first week of August, the Scripps Institution of Oceanography recorded record high temperatures off the Scripps Pier in La Jolla. At that time sea surface temperatures had reached 78.6 ℉ and topped the record of 78.4 degrees set in 1931. By Wednesday, August 9, sea surface temps had continued rising with the new record being set midweek, now at 79.5°F. By this point, we probably shouldn’t be surprised if that record is topped and water temperatures in San Diego go above 80 degrees real soon, right?

Yet another record-high sea surface temp was measured today (Aug. 9) from Scripps Pier by aquarists at @Birch_Aquarium: 79.5°F (26.4°C). A congregation of bat rays was also spotted in the unusually warm water. @shoresta100 pic.twitter.com/MD24zaIfms

“Like other climate change trends, background warming enhances the probability and magnitude of extreme events,” said Scripps oceanographer and Shore Stations principal investigator Reinhard Flick. Researchers aren’t jumping to call this a “marine heat wave,” though. That would call for an even larger spike in temps over a sustained period.

Scripps researchers are already noticing an impact on marine life, though. “Marine life is intimately connected with temperature,” said Clarissa Anderson, a biological oceanographer at Scripps. Some life thrives in the warmth while others potentially die. Anderson pointed out that kelp beneath the pier is already disintegrating, jellyfish are multiplying, and an algae bloom may be on the way.

The overall consensus from Scripps researchers seems to be that this trend is likely to continue and the boundaries of previous records will just be pushed higher and higher. Essentially, if you’re in Southern California, you might want to get used to the warmer water. 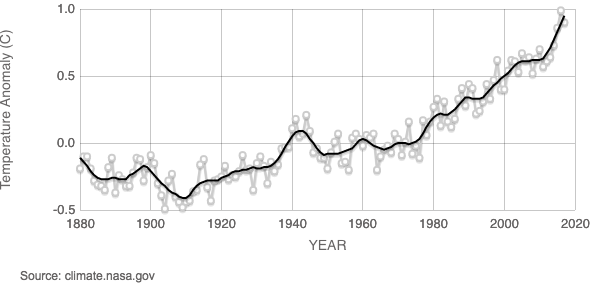