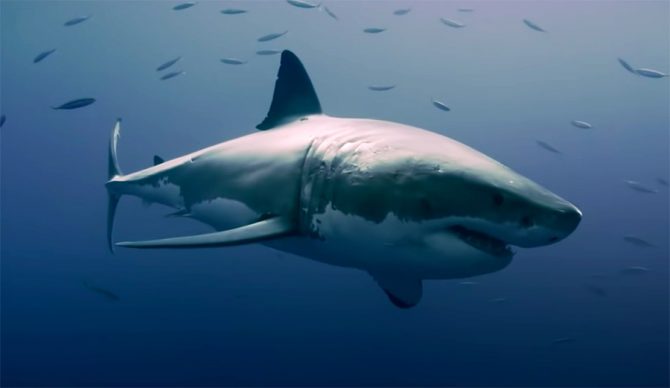 Did you know that you’re more likely to die from a lightning strike than a shark attack? What about a dog attack? Or even a falling coconut? If you’ve spent any significant time in the ocean, you’ve most likely heard these tidbits regarding a shark’s lethality hundreds of times. But despite that, no words can ever replace an experience, and when you’re out in the water and it’s a little darker than you’d like, and you think you see a shadow or, god forbid, a fin, rest assured that the obscure stat regarding falling coconuts will be the farthest thing from your mind.

On the surface, it may seem that people who spend their time in the ocean would be partial to shark culling as a way to protect themselves and fellow ocean goers. This issue is unfortunately back in the news, especially in Australia, a country that has seen 13 attacks this year and two deaths, the most recent was a man in his 30s passing away following an attack near Coffs Harbour on Australia’s east coast.

Despite this, the sentiment towards shark culling by Australia’s surfing community is almost entirely negative, with the general opinion being that surfers are guests within the shark’s ecosystem and accept the risks that come with that. In 2021, two documentaries have been released, both of which show the strongly anti-shark-culling attitude that is prominent throughout the world’s surfing and ocean-going communities.

Envoy: Shark Cull starts and ends in the same way: with narrator Eric Bana claiming that because sharks cannot speak for themselves, we must be their envoy. This is the mission statement for director Andre Borell’s entire film, which is an investigation into the shark culling policies that have been adopted by the Queensland and New South Wales state governments in relation to shark nets and drum lines. The film showcases an array of spokespeople for the plight of the sharks, from former surfing world champions Layne Beachley and Tom Carroll, to former marine and shark attack survivor Paul de Gelder, and marine activists Madison Stewart and Holly Richmond.

The film is particularly focused on the use of shark nets and drum lines, which according to reports are not only ineffective in deterring sharks, but in fact may bring them closer to shores as they seek the bycatch (smaller marine life) caught by these contraptions. The movie makes an impassioned plea to the state governments to abandon these archaic and almost completely useless methods in favor of a more compassionate approach. In particular, the testimony from de Gelder, who lost an arm and a leg in an attack, is extraordinarily moving, as hearing someone who has suffered from the exact interactions these methods aim to prevent shows a deep level of understanding. This is similar to a film currently being made near Sydney called Pyrophytic, focusing on the plight of shark attack survivor Brett Connellan, who also holds the anti-cull views shown in Envoy.

Playing with Sharks is a film that serves two purposes, simultaneously telling the story of renowned ocean conservationist Valerie Taylor, who has dedicated her life to the preservation and protection of sharks, and changing the public perception of the creatures. As it tells Taylor’s story, the film, available on Disney+,  shows the true nature of sharks in comparison to that which is often displayed in mainstream media. This dichotomy is central as Taylor and her late husband Ron were involved in the making of the classic film JAWS, before regretting their roles and publicly decrying the viscous nature of sharks in the film as pure fiction.

Playing with Sharks, from Emmy-nominated director Sally Aitken, is one of growth and understanding, and frames the mortality of Taylor as equal to that of the shark population, and once again comes out starkly against shark culling and hunting as both needlessly gruesome and downright unnecessary. Taylor definitely fears that both she and the sharks are running out of time, and this film exists as a plea from her for increased conservation on behalf of the predators.

Ultimately, shark culling is a process that benefits close to no one, and both Envoy and Playing with Sharks desperately try to make viewers understand this and to reconsider the stereotypes that exist around the animals. They show culling to be outdated, detrimental to both people and other marine wildlife, and quite honestly somewhat evil. Because if ten shark-related deaths a year are enough for governments to feel comfortable decimating shark populations, then we may as well start pulling down coconut trees.

Editor’s Note: Learn how to minimize chances of an adverse shark encounter as well as critical information about shark behavior and more during 20-plus video lessons in Ocean Ramsey’s Guide to Sharks and Safety.