Surfers, environmental activists and community members are joining hands with the Surfrider Foundation on June 19th in San Diego, California to support the #SaveTrestles campaign. Surfrider Foundation reported that the Transportation Corridor Agency (TCA) has plans to slowly build the State Route 241 Tesoro Extension, a 16-mile toll road that would go over a huge portion of the San Onofre State Beach and connect with the I-5 near Trestles. This is the same road that was rejected by the California Coastal Commission and the Bush Administration in 2008 because of its devastating impacts to the environment, San Onofre State Beach and cultural resources.

Watch The Surf Channel’s video featuring interviews with Surfrider Foundation members and pro surfers like Kelly Slater, to find out more about the current situation at Trestles:

Special thanks to the Surfrider Foundation, Hurley, Aaron Lieber, Marcio Canavarro and Jack Chellemi for their contributions.

Trestles and San Onofre need at least one hour of your time on June 19th, 2013 to help persuade the Regional Water Quality Control Board to deny the TCA’s permit to build the first “segment” of their toll road.

WHY:  To stop the TCA from building the road in segments down to San Onofre/Trestles. Bring your old “Save Trestles” shirts and signs. Surfrider will also provide t-shirts and signs for you! 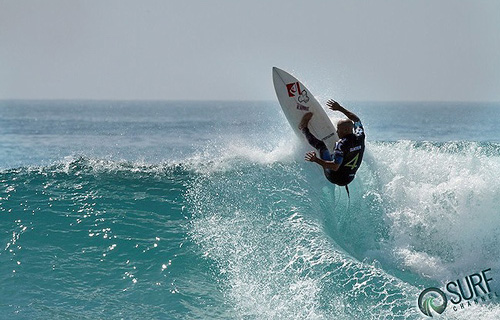 Losing Trestles would mean destruction of one of the most rippable waves in the world. Photo: Surf Channel/ Emily Goodman

Read the full interview with Kelly Slater to find out why he thinks Trestles should be saved.

Share this graphic to spread the word and hashtag #SaveTrestles and tag @Surfrider @TheSurfChannel: