We Cannot Meet Sustainable Development Goals with a Sick Ocean 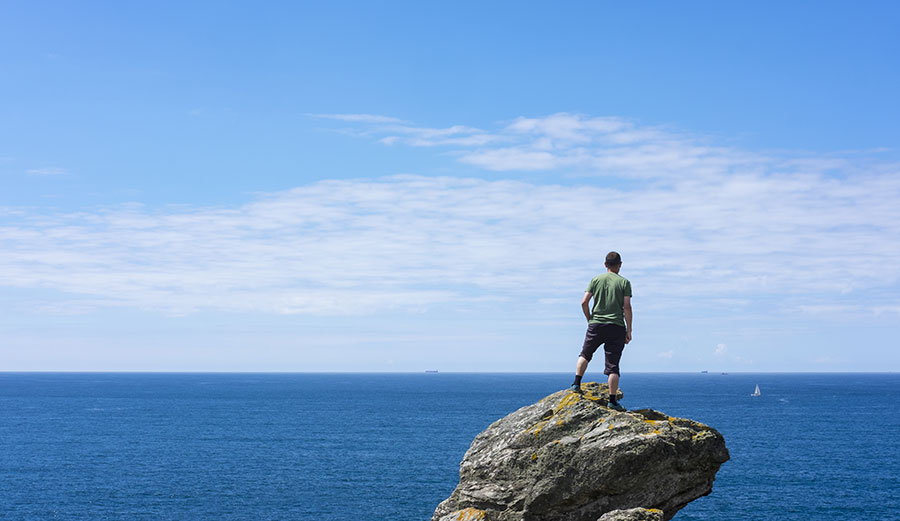 The ocean is the architect of all life on Earth. It provides nearly all the rain and snow that falls on land, and regulates the climate. Photo: Shutterstock

The United Nations declared the start to the Decade of Ocean Science for Sustainable Development earlier this year. Its aim is to promote science-based ocean and coastal management, making healthy oceans one of the pillars of progress for all of humanity. Right now, we have a sick ocean — very sick.

Under the slogan “The science we need for the ocean we want,” the Decade of Ocean Science is based on the premise that ocean science should drive the UN’s 2030 Agenda for Sustainable Development. But this will only be possible through a reflective, inclusive and transformational process. It must emerge from scientific knowledge, include the participation of government and civil organizations and have a transformative reach that includes the entire international community — and the planet itself.

The oceans are the architects of planetary life and they are full of possibilities as a source of sustainable resources. Yet we must also consider our place in nature, and reflect on the principles of social justice, including how we “use” the ocean, which underlie the concept of sustainable development.

The oceans are also primarily responsible for our planet’s complexity and resilience. Oceans absorb most of the solar energy that reaches the Earth’s surface, they help regulate the global climate by absorbing greenhouse gases and accumulate the majority of the nutrients and minerals that make up the circle of life on scales that range from years to millennia.

The oceans are also a great pump, connecting parts of the planet like a circulatory system. At a global level, they maintain a continuous process of primary production — the conversion of the sun’s energy into organic material — and the transformation of this carbon into an inorganic form in the deep ocean, called remineralization. This optimized cycle begins anew each year and requires only solar energy.

The resilience of the oceans also makes them great regulators of anthropogenic (human) impact on the planet, such as global change and climate change. Global change includes pollution, ecosystem degradation and the over-exploitation of natural resources. Climate change covers the increase in the planet’s temperature caused by greenhouse gas emissions, primarily the result of burning fossil fuels. This temperature increase is accompanied by changes in climate patterns, rising sea levels and a greater frequency of extreme weather.

Global change and climate change are two sides of the same coin: their impacts on the planet take the largest toll on the most vulnerable groups. Not only do different communities or regions have unequal access to basic levels of well-being, but they may each have different abilities to take action against these negative impacts.

This contradicts the vision of the ocean as a common good. The ocean provides an essential ecosystem service to the entire planet, but is also humanity’s greatest shared wealth, the guiding force of what we now call the blue economy. The blue economy describes both the use of natural resources and activities that use the ocean for transport and commercial purposes, but it is, above all, a new way of thinking and interacting with nature.

Enduring activities include sustainable fishing and responsible aquaculture, renewable energy sources, potable water, plant and animal marine resources, as well as marine biotechnology and other genetic resources. They also include activities centred on coastal and marine environments, from ecotourism to local trade.

To this common heritage we can add the cultural, esthetic and physical and emotional health benefits provided by a sustainable natural environment. All of this represents an incomparable opportunity to make countless sustainable resources accessible to all people, communities and nations. 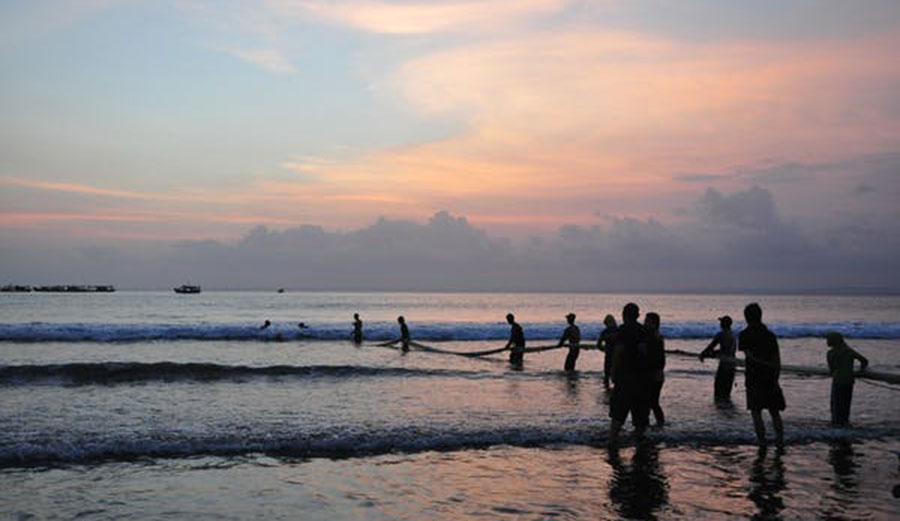 Artisanal fishing on Pangandaran Beach, Indonesia. Fish represents 17 per cent of the protein consumed at a global level and tops 50 per cent in many of the least-developed countries. Photo: Azwari Nugraha

The concept of sustainable development is often associated with the idea of “using” natural systems for the well-being of humanity. The term “sustainable” pre-supposes a necessary condition: the mode of use must not alter the system’s stability over time. But is this enough? Is the functional perspective of the planet consistent with sustainability?

The health of any organism depends, in part, on it having a balanced relationship with its ecosystem. When applied to our relationship with the planet, the concept of “use” should mean “being a part of.” This thinking emerges from the actual etymological meaning of the expression “sustainable development.”

Development comes from the French développer, to unfold or unfurl, the process of expanding and growing. Development must entail internal growth, an evolution of an existing or latent possibility.

In addition, sustainable should not imply the idea of a permanent and immutable state, but rather that of dynamic and balanced evolution. This is a matter of maintaining a homeostatic and resilient system from the bottom up, evolving towards great complexity.

Nature, with the oceans as its main and essential component, emerges as the best example of sustainable development. Our challenge as a species is to be part of this balanced planetary development. As a species, humans can achieve our greatest level of evolution if we focus on the Earth’s vital intelligence.

Listen and learn from nature, be part of it rather than owning it. Our individuality must not cut us off from our communities, and our communities must not cut themselves off from the planet. Our differences do not lead us to compete. On the contrary, they complement us and contribute to the planet’s complexity and its resilience.

The Sustainable Development Goals shouldn’t be based on “using” nature, even if it is sustainable. Instead, the focus should be on being part of nature, not possessing it.

The Sustainable Development Goals are an opportunity for all humanity, without exception, to achieve our right to an adequate standard of living, which remains possible with our planetary resources. But above all, the goals must drive us towards a new phase in our evolution as a species, towards internal growth —individual and collective — that is in harmony with nature.